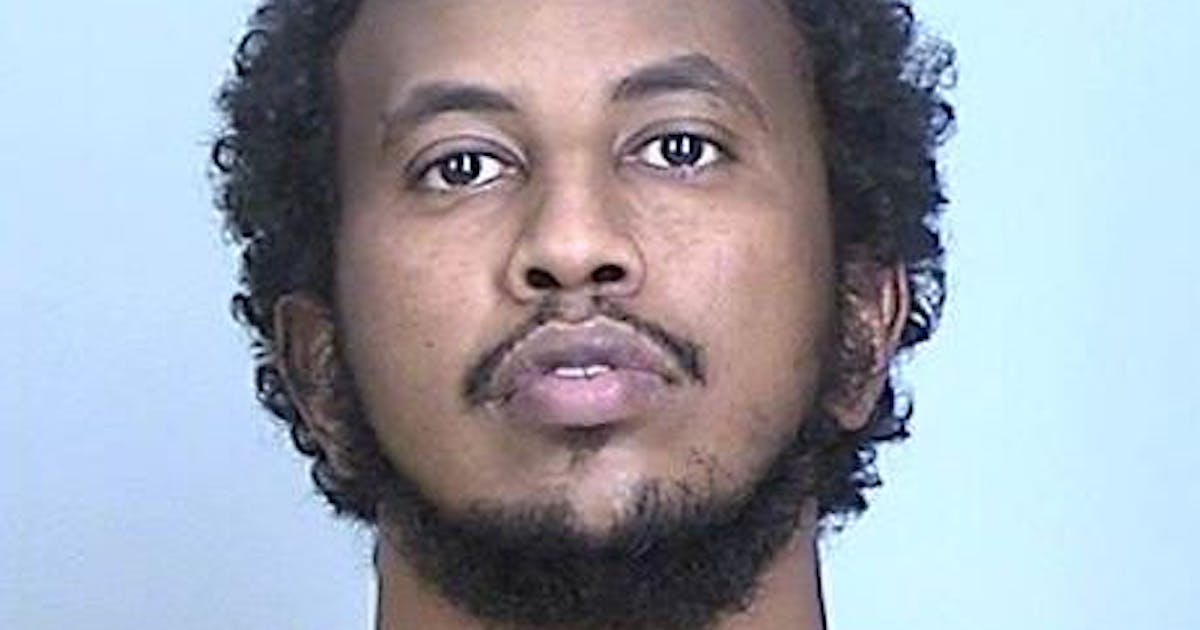 A Minneapolis man will spend 12 years in prison for holding up a northeast Minneapolis restaurant at gunpoint and shooting an employee.

Jama pleaded guilty last November to interference with commerce by robbery and discharge of a firearm during a violent crime. He was caught less than two weeks later after robbing a gas station in Wright County. A third count, filed in connection with the gas station robbery, was dismissed as part of the plea deal.

An online fund-raising campaign begun by a co-worker to help Kegel with his medical bills praised him for his “heroic act of courage, Brian … foiled an attempted armed burglary. While protecting the entire staff, Brian successfully disarmed the culprit and saved the other employees from endangerment.”

Prior to Jama being sentenced, defense attorney Adrian LaFavor-Montez argued for a 10-year prison term for his client. LaFavor-Montez pointed out in his court filing that Jama was separated from his parents in war-torn Somalia, raised by his grandmother and moved at age 7 to a sparse refugee camp in Kenya.

Jama and his grandmother immigrated to the United States, where he was reunited with his mother and graduated from high school in 2009. He soon moved from St. Cloud to the Twin Cities and entered Normandale Community College and Minneapolis Community and Technical College. He made a family of his own and has three children, the attorney continued.

But after his grandmother died and once the pandemic cost him his job in 2020, the court filing read, Jama turned to opioids and committed the robberies to feed his addiction.

Jama wrote to Judge Ann Montgomery, “I had a very big problem as my tolerance for the opiates increased. … I reached out to three different treatment centers, and due to [the] pandemic, they all had full beds.”

Jama continued, that “while I committed the armed robberies, I was on drugs, and [an] opiate fog had settled over everything about the time I had committed the crimes. Now I am sober and clear-headed.”

The prosecution’s rebuttal pointed out that Jama “robbed two separate businesses. During the first, he fired a shot that struck the victim twice. The injuries [completely] changed the rest of his life.”

According to court documents:

Jama entered the restaurant, pulled a semi-automatic pistol out from his parka, and attempted to rob the business. Kegel, at the front desk, “lunged at [Jama] and began struggling with him,” one of the documents read.

During the altercation, Jama’s pistol discharged, and Kegel was struck in the shoulder and the knee.

Kitchen staff raced to the scene. One of the staff members kicked Jama and tried to punch him and put him in a choke hold as the struggle continued.

The staff member followed Jama out the door and put a bear hug around him from behind, “but the suspect broke free and round southbound down an alley,” the document added.

Officers recovered the gun at the scene. DNA on the weapon was tested and tied it to Jama.

Thanks to a witness providing vehicle information, Wright County sheriff’s deputies quickly spotted the vehicle and gave chase until Jama crashed his car into a ditch on Interstate 94.