A first look into candidates running for Hennepin County Attorney 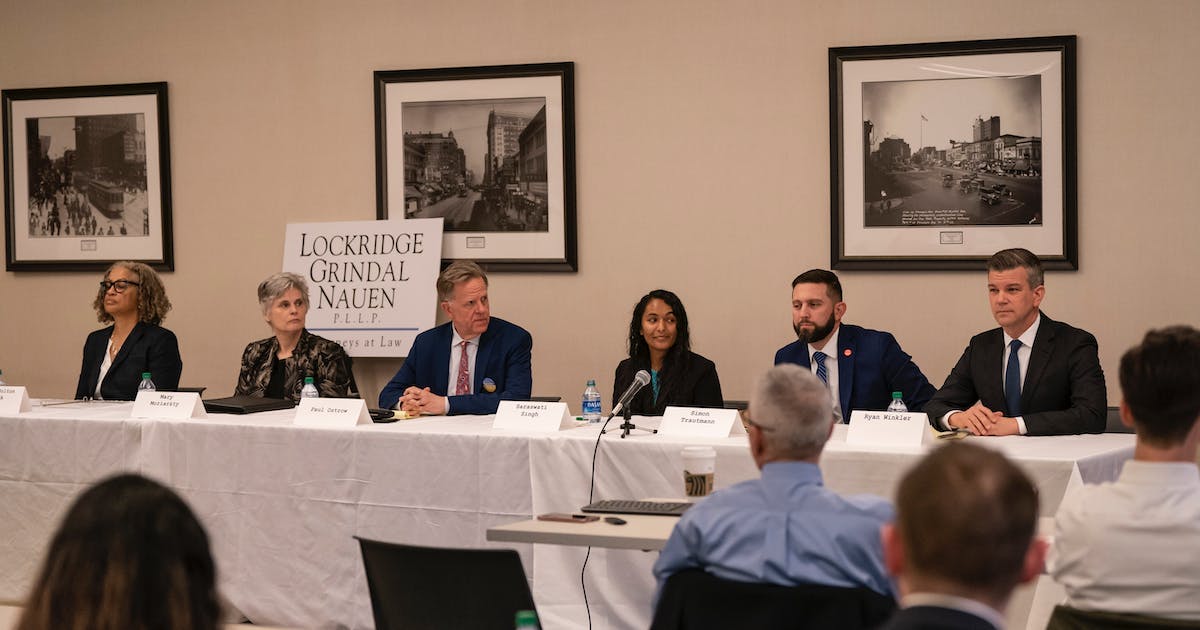 Six candidates for Hennepin County attorney, most of them spurred to run by the death of George Floyd and the subsequent racial reckoning, spoke at a forum Tuesday evening, outlining their agendas if elected in November.

The candidates have a wide range of backgrounds — from a judge and attorneys to a lawmaker in the Minnesota House and a former city council member. The downtown Minneapolis forum was hosted by the American Constitution Society Minneapolis-St. Paul chapter, the University of Minnesota Law School, Mitchell Hamline School of Law and the University of St. Thomas School of Law Student Chapter.

The new county attorney will replace Mike Freeman, who announced he would not run for re-election, citing turning 74 years old as a key factor. Freeman is Hennepin County’s longest-serving county attorney — and an unpopular figure among some activists who say his policies have unfairly penalized people.

Mary Moriarty, a former chief public defender for Hennepin County, promised she would make transformational change if elected by collecting data on charges and sentencing terms, looking for patterns of implicit bias, and then creating policies for prosecutorial decision making to address racial inequities.

Ramsey County prosecutor Saraswati Singh said she would move prosecutor caseloads to include more violent crime cases and explore not prosecuting low-level drug offenses in an effort to address racial disparities. She would also hire more people of color so that the makeup of the office reflects Hennepin County’s racial makeup as a whole.

“The criminal justice system has a racial inequity issue and also our victims look like that,” she said. “It means also training the folks that are already there how to work with each other.”

Former Minneapolis City Council President Paul Ostrow, who now works as assistant Anoka County attorney, said he would aggressively prosecute anyone “selling fentanyl to our kids.” He would also increase transparency and publicly release statistics on plea negotiations and charging.

Ostrow was the only candidate who said he disagreed with the decision to charge former Brooklyn Center police officer Kim Potter, who fatally shot Daunte Wright during a traffic stop, with first-degree manslaughter. He was also the only candidate who said he was unsure if he would decline to prosecute those who sought abortions if Minnesota or Congress made the procedure a crime. All the other candidates said they would decline such prosecutions.

Former Hennepin County District Judge Martha Holton Dimick said she would hire and try to retain more people of color, giving credit to Freeman’s current hiring work within the office. She criticized people who were critical of the attorney’s office, advocating for change to come from police, government and community leaders.

“I would collaborate with everyone; that includes the police department, the neighborhoods the mayors. We have to have input from everyone,” she said. “I want people to collaborate, get together, work together, and we can come together and actually solve some of these problems — we are so busy criticizing one another.”

Richfield City Council Member Simon Trautmann, who is also a partner at Trautmann Martin Law PLLC, said he would focus on retaining people of color in leadership positions at the County Attorney’s Office and study data covering bail and plea bargaining to address racial inequities.

“We need to create a culture, and that culture starts with engaging and retaining … competent, culturally competent, diverse new leadership,” he said.

“We’ve all mentioned the murder of George Floyd. In many ways that was the final collapse of a broken system,” he said. “Now we are in a moment where we’re going to try something new, and I want to be part of reconstructing a public safety system that will serve all neighborhoods, all people and all communities.”