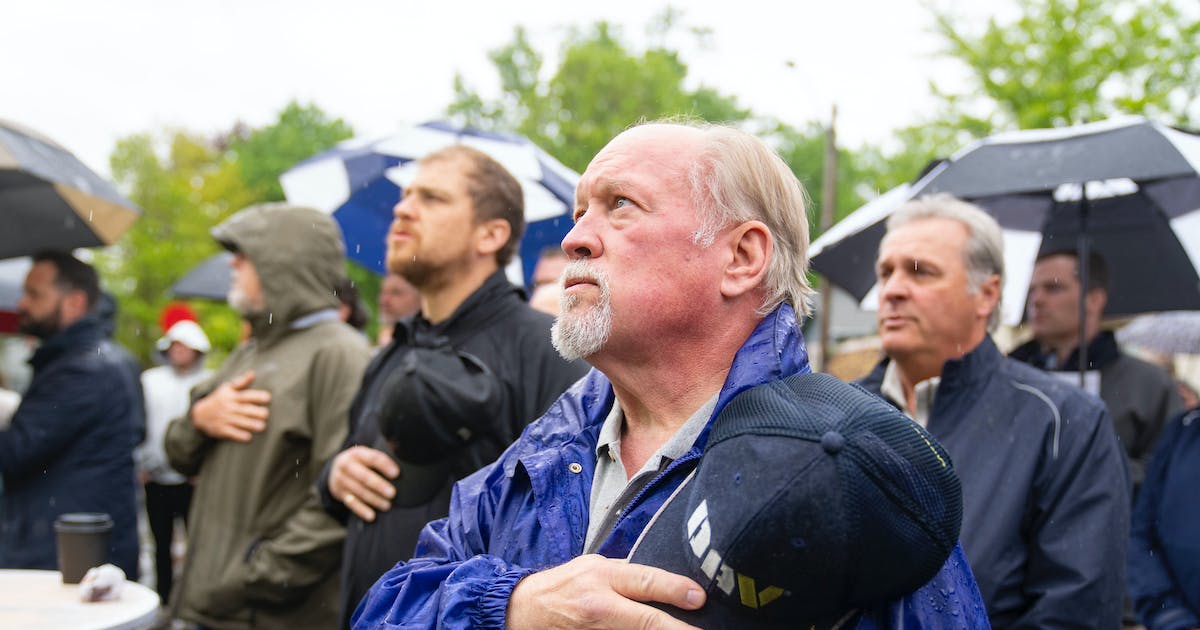 A few years ago, Tom McKenna was in a bit of a pickle.

A decade earlier, McKenna, a Marine Corps veteran, had started an organization to help homeless and struggling veterans after driving past a homeless veteran at an Arden Hills intersection. He took the man to a Walmart and bought him the simplest of things that he needed most: underwear and socks.

McKenna wanted to keep doing more. He started making monthly loops around the city, handing out 10 backpacks per trip with socks, underwear and hygiene items to homeless veterans. Then he filled a trailer with clothes and other necessities and handed them out the third Saturday of every month at the Minneapolis Veterans Medical Center parking lot.

Then his fledgling organization, Every Third Saturday, moved into a ramshackle storefront in south Minneapolis, opened a free store with necessities and started hosting programming for veterans. When that building was sold, McKenna raised money to purchase an abandoned, century-old service station across the street, planning to renovate it into a place homeless and struggling veterans could come to connect.

But the building was falling apart. The roof was caving in. Renovation just wasn’t possible.

It was around that time McKenna got a phone call from Tip Enebak, who runs Enebak Construction. Enebak had read a Star Tribune story in November 2019 about McKenna and his organization. He wanted to help.

“Think big,” Enebak counseled McKenna. “What would be best for veterans?”

“And this is the result,” McKenna said Wednesday morning, as hundreds of veterans, advocates and community members stood in the rain at the unveiling of Every Third Saturday’s sparkling new building on the other side of Hwy. 62 from Minneapolis-St. Paul International Airport — not far from the VA parking lot where McKenna’s advocacy first found its footing. “It’s absolutely unbelievable. I’m looking at it. I can touch it. I can walk through it. I still can’t believe it.”

The 10,000-square-foot building, two stories tall and costing nearly $2 million, has plenty of features to support and connect veterans. On the ground floor is Rick’s Coffee Bar, which employs veterans and is named after an Air Force veteran who died by suicide after nine deployments to the Middle East. The coffee shop will host art therapy sessions and has a stock of board games; anyone can visit, but only veterans and their family members get their coffees for free.

A fitness center will be open exclusively for veterans and their families. A free store for veterans in need is designed to feel like a retail shopping experience. And the Veterans Resource and Empowerment Center will serve as a community meeting space, hosting events like benefits seminars, watch parties for sporting events and gaming tournaments.

At Wednesday’s ribbon-cutting, McKenna spoke about two veterans who could have been helped by an organization such as this: Master Sgt. Rick Gustafson, whose name is emblazoned on the coffee shop and whose parents stood in the rain. And one of McKenna’s best friends, an Army veteran named Brian who took his own life last year.

“Why we did this is because there’s veterans like Brian out there who kill themselves — without the support of other people,” McKenna said. “We just hope everyone can come to see it as we see it, and really provide hope to veterans who need that hope, and a sense of community.”

As McKenna readied to cut the ribbon, visitors clamored to come in out of the rain for a first look.

“You know what?” said Enebak, whose company is one of the main partners in the project. “God wanted it to rain today. He’s baptizing this place.”