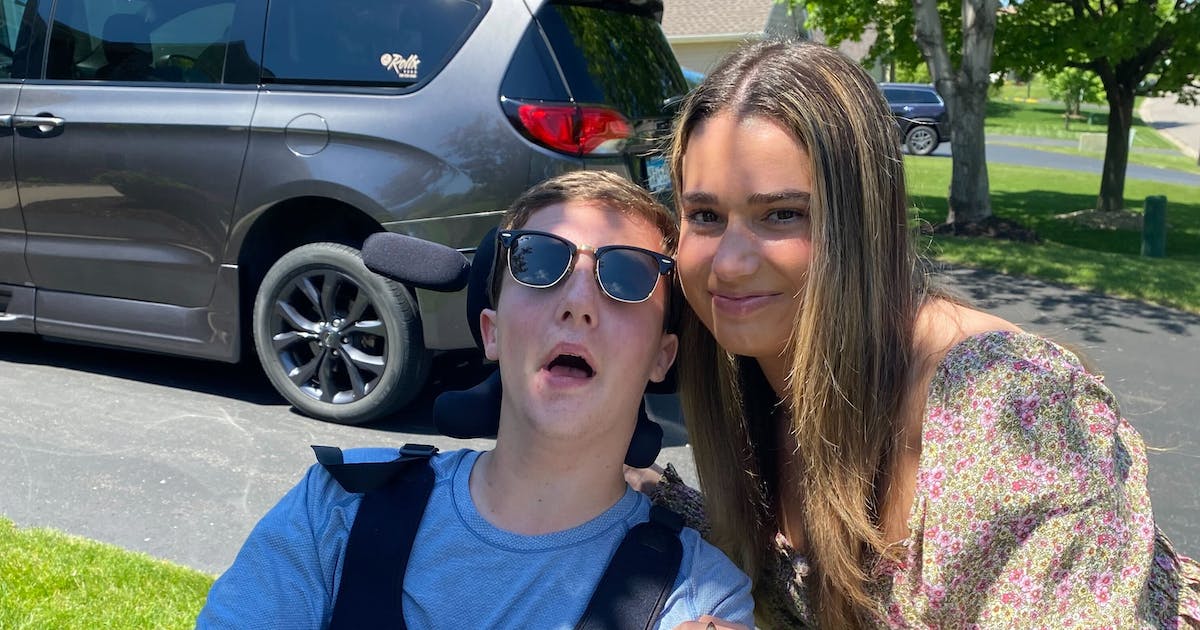 It’s been nearly eight months since 19-year-old Danny Santulli suffered permanent alcohol-induced brain injuries from hazing at a University of Missouri fraternity — and he still can’t speak, see or walk. He likely never will again.

“Is it the old Danny? No. But he’s alive and we’re going to do whatever we can,” said his father, Tom Santulli.

Now back at home in Eden Prairie, Danny Santulli is being cared for by his mother, Mary Pat, who quit her banking job to be with him full time while the family continues fighting to hold the fraternity accountable. After settling 23 civil suits, they’re suing two more Mizzou fraternity members in a case that gained national attention Thursday when Santulli’s story was shared on “Good Morning America.”

“This is the most horrific hazing case of all time,” said David Bianchi, the family’s Miami-based attorney who has specialized in hazing cases nationwide for 30 years.

The latest suit alleges that last fall, Santulli was forced to drink an entire bottle of vodka, then beer through a tube and funnel during his initiation to Phi Gamma Delta, known as Fiji. His blood alcohol content soared to a near-fatal level of 0.468%.

There is a mountain of evidence in seized cellphones and surveillance cameras throughout the frat house, Bianchi said, that shows Santulli was left unattended and unconscious on a couch where he stopped breathing.

“You can’t imagine how it could be even worse and still be alive,” Bianchi said, adding that his firm has counted at least 50 hazing deaths since 2000 at U.S. colleges and universities. His cases almost always involve a fraternity and dangerous amounts of alcohol.

Despite Missouri’s anti-hazing laws, no criminal charges have been filed against any of the fraternity members involved in Santulli’s hazing. Bianchi said anti-hazing laws aren’t enough to prevent these tragedies, especially when they’re not enforced. What needs to change, he said, is for those responsible to be charged to the fullest extent of the law.

So far only one person in Santulli’s case has been charged with a misdemeanor — and that was for supplying alcohol to a minor, not for hazing.

“It sends a terrible message when prosecutors will not take an aggressive approach to stopping this,” Bianchi said.

Other factors, he said, come down to college Greek life traditions of outrageous behavior behind closed doors, peer pressure and the financial ties of Greek alumni to their colleges and universities.

Following Santulli’s hazing, the university withdrew the fraternity’s recognition as a student organization. Mizzou spokesman Christian Basi said that was the harshest penalty the school could impose, since the frat house is a private residence.

The investigation by campus police found “significant amounts of alcohol were consumed during a social event involving current and potential recruits of the fraternity,” which has logged six alcohol violations since 2017 and one hazing violation in April 2021. Following numerous violations in August, Phi Gamma Delta was prohibited by Mizzou from hosting events with alcohol.

Thirteen fraternity members ultimately were sanctioned, but Basi said the university can’t get into disciplinary details.

In a statement, Phi Gamma Delta executive director Rob Caudill said the international fraternity “acted immediately to stop all activities of the chapter, which is now closed.”

“Danny should not have been put in such a situation,” Caudill said. “The International Fraternity prohibits hazing and the provision of alcohol to minors and expects all members to follow the law and our policies. We support anyone being held accountable for their conduct and the consequences that may result.”

Santulli was recruited to join Phi Gamma Delta after he graduated in June 2021 from Eden Prairie High School, where he played basketball, baseball and managed the hockey team. He had been accepted to numerous other schools, but he had decided to go to Mizzou, as a business major, following his two older siblings, Nick, 23, who graduated from there last May, and Meredith, 21, who graduates next year.

Two days before the hazing ritual that would end his college education and nearly his life, Santulli met with his sister, who could tell something was off. After enduring a month of the pledging process, Santulli broke down and cried.

“He’s like, ‘I can’t take this anymore,'” she said. “He wanted an out but he also wanted to fit in. I could tell it just took a huge toll on his mental health. … I had a really bad feeling and I was really worried for him.”

She said it’s hard seeing Phi Gamma Delta members who could’ve helped her brother that night walking around campus like they did nothing wrong.

“They promote the brotherhood, how we got each other backs,” she said. “They’re complete hypocrites saying we treat everyone like a brother, but I would never leave my brother like that.”

Nick Santulli said what happened to his brother was senseless and preventable. “They didn’t have my brother’s back,” he said. “A lot of mistakes were made that night.”

Danny Santulli was hospitalized for months at Craig Hospital in Denver, with his family by his side. It was during that time that Meredith Santulli became more passionate about her speech and physical therapy education.