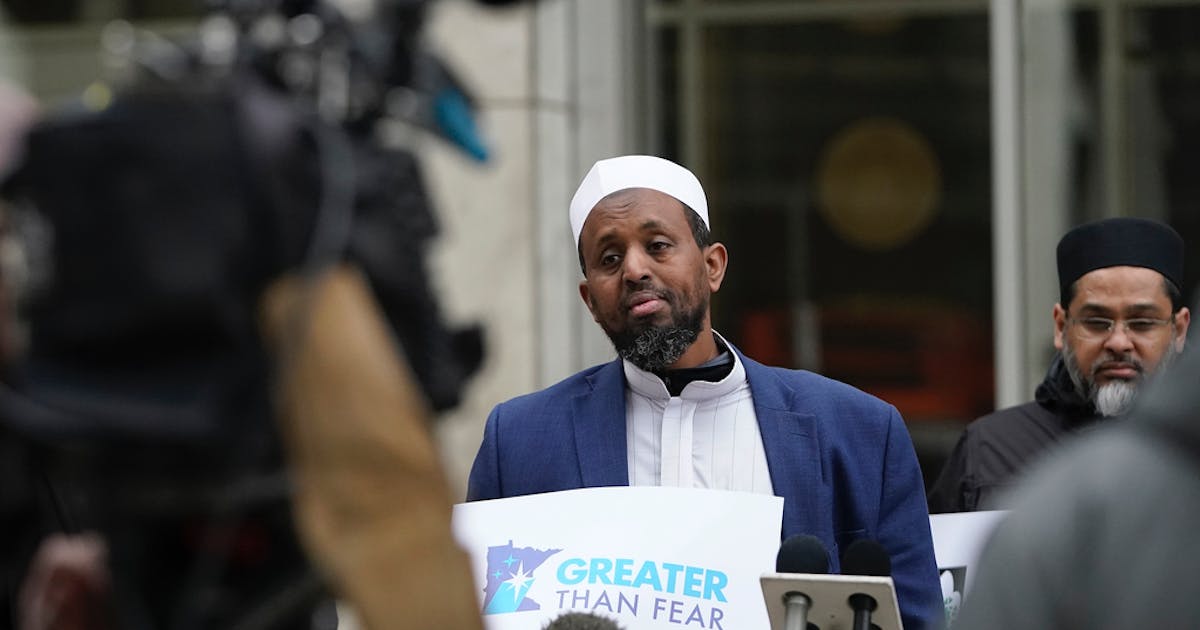 Frank said the “substantial assistance” of Michael McWhorter, 33, and Joe Morris, 26 — including testifying against Emily Claire Hari, their “White Rabbits” militia leader — permits him to render penalties that each amount to less than half of the 35-year statutory minimums in the domestic terror case.

Prosecutors and defense attorneys described McWhorter and Morris as patsies in Hari’s terror plot, manipulated to participate in a string of violent crimes that also included robbing a Wal-Mart with airsoft guns, a home invasion, attempting to extort the Canadian railroad and unsuccessfully bombing a women’s health clinic.

Acknowledging they were under Hari’s influence, Frank also condemned McWhorter’s and Morris’s seventh-month crime spree as “contrary to everything America stands for,” rejecting the 10-year sentences requested by their defense attorneys.

“When all is said and done,” Frank said, anything less would not “promote respect for the law.”

Frank sentenced Hari to 53 years in prison last year in last year, higher than the mandatory minimum but lower than prosecutors’ request for life, for civil rights and hate crime convictions.

The sentencings brought to a close a saga that began four-and-a-half years ago, when a black-powder bomb exploded in Imam Mohammed Omar’s office early on Aug. 5, 2017, while several mosque members gathered for morning prayer. Throughout the trial, Dar al-Farooq leaders testified to the horror they continued to feel after that day, worried another attack could be imminent.

Still, in court Tuesday, Muslim, Jewish and Christian faith leaders asked Frank for mercy. Omar, who in Hari’s trial described feeling he was in a “nightmare” when the bomb went off, told Frank he’d come with “a message of peace” in the name of “solidarity as a human family” on behalf of Dar al-Farooq.

Omar said McWhorter sent him a seven-page letter from jail expressing remorse and explaining how he’d fallen into the “dark web of Hari’s manipulation,” and described Hari as a “cultish” figure.

“The harm that was done to us is real,” Omar told Frank. “The horror that arrived that day and continued is real. But what is also real is our opportunity today to offer real forgiveness…On behalf of my community, I ask your Honor to offer clemency toward Michael McWhorter and Joe Morris.”

Imam Asad Zaman, executive director of Muslim American Society of Minnesota, said a restorative justice sentence could help “reach the other Joe Morrises and Michael McWhorters” who may fall prey to similar plots.

McWhorter and Morris pleaded guilty in 2019 to their role in the “White Rabbits 3 Percent Illinois Patriot Freedom Fighters.” In the two-and-a-half week trial for Hari — then known as Michael Hari — the two men testified that Hari took advantage of their financial desperation to recruit them for the attacks.

Morris, who described Hari as a father figure, said Hari told him they were taking orders from Steve Bannon and a CIA agent called “Congo Joe” to harass “untouchables,” such as Antifa and billionaire George Soros, and that Hari told him the mosque was a training camp for ISIS.

Both men said Hari picked them up on Aug. 4 in a rented pickup truck filled with assault rifles, a sledgehammer, masks, gloves and a 20-pound black powder bomb. McWhorter and Morris had never met before that night, they both said.

At Hari’s instruction, Morris broke out a window with a sledgehammer and threw inside a bottle containing unleaded gas and diesel fuel, according to both men’s testimony. McWhorter then tossed in the pipe bomb, they said. The men high-fived when they heard the bomb had exploded in the mosque.

Later, when federal investigators were closing in, Hari “groomed” Morris to take the fall by transferring evidence, including a vault containing guns, into his name, said Assistant U.S. Attorney John Docherty at trial.

In court Tuesday, McWhorter’s attorney, Chris Madel, described how his client started cooperating with the FBI without any deal for leniency in place, and put himself in dangerous situations to help in the investigation of Hari. “There was a very real risk in McWhorter’s mind of being killed by Hari, and he still cooperated,” said Madel.

McWhorter had lost his job and was struggling to take care of his family and several others living in his home when his mother put him in touch with her friend Hari, who offered a $50,000 signing bonus for a “security” job, said Madel.

The day of the bombing, Hari waited until they’d driven through the night and were an hour away from Bloomington to reveal the plot to bomb the mosque.

Neither McWhorter nor Morris knew what a “mosque” was, according to their lawyers.

McWhorter said he feared Hari and Morris may kill him if he didn’t go through with the plan. “I bombed a mosque. But it was not by choice,” he said. “I feared for my life when I bombed the mosque. I didn’t do it out of just pure hatred. I don’t have any hate” for Muslims.

In his four years in the Sherburne County jail since his arrest, McWhorter said he’s been studying toward his GED and reading books about the Islam faith. He’s made several Muslim friends in jail, he said, some of whom wrote letters on his behalf to Frank.

“These victim statements today have rocked my predilection toward cynicism,” said Madel. “This is a first for me.”

Morris’s attorney, Robert Richman, described his client’s difficult life growing up in an abusive household, then being sent to live with his grandparents, who he thought were his parents.

Morris suffered from undiagnosed schizophrenia. When he confided to Hari he heard voices in his head, Hari told him these were “angels” and he should listen to them.

“Hari weaponized him,” said Richman. “As sad as it is, Hari was the only constant in Joe Morris’s life.”

In jail, Morris gave the government information that a fellow inmate planned to shank a federal prosecutor, said Richman, “thereby interrupting what could have been a violent crime in a courtroom.”

Morris apologized to those he harmed. “I’m ashamed that I believed the things that [Hari] told me and allowed myself to be used by him,” Morris told the court.

“What I did was very very wrong,” he continued. “But I ask for your mercy.”

He said he planned to return to the Amish community, where he once lived, after finishing his prison term, saying “that’s the only time in my life” I was shown “support and love.” Several members of the Amish community were in attendance, and waved farewell to Morris as the U.S. Marshalls escorted him out of the courtroom.

For their roles in helping convict Hari, Assistant U.S. Attorney Allison Ethen asked Frank for a 50% reduction from the mandatory minimum sentences for McWhorter and Morris — a request both Ethen and Frank remarked was rare.

Ethen asked Frank to cap the sentence no lower than 15 years, tying these attacks to a rise in biased crimes on religious institutions in the United States. While they were not the masterminds, she said, the two men still committed grave crimes that cannot be “uncommitted,” and a light penalty may send the wrong message.

“We need to make sure this sentence also reaches the Haris of the world,” she said

Ethen also said she was representing victims from Illinois who couldn’t appear in court to speak for themselves, including Walmart cashiers, a family zip-tied at gunpoint in their home and “countless women” whose doctor’s office became the target of a hate crime.

Frank said he calculated the sentence while balancing the need for deterrence of similar crimes, noting they participated in “very serious premediated behavior.”