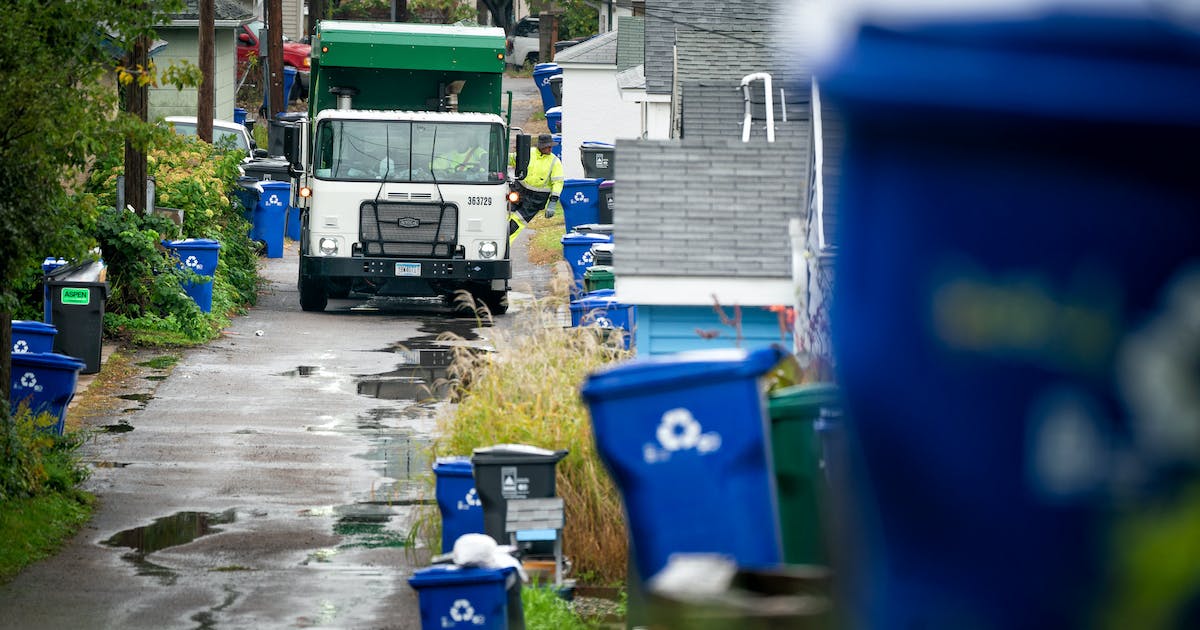 After nearly 3,000 reports of missed trash or yard waste pickups in the first 10 days of June, St. Paul is demanding answers from the five companies the city contracts for hauling services.

St. Paul officials are considering “every remedy available” to address service failures, which they say violate their contract with a consortium of haulers, according to a letter sent Friday by Assistant City Attorney Ian Welsh to an attorney representing the companies.

“We have thousands of St. Paul residents that are paying for a service that they’re not getting,” Mayor Melvin Carter said in an interview Monday. “Our work to both restore that service — so that we can rely on it moving forward — and to compensate the ratepayers … has to be a top priority for all.”

The city cites hundreds of complaints dating to November about Waste Management, which recently suspended yard waste collection services in at least six other metro cities due to a lack of truck drivers. The contract requires the consortium to provide backup if one hauler cannot service its accounts — a point the city raised in January, according to the letter.

Carter requested a Wednesday meeting with the companies, as well as plans showing how they will fill service gaps and communicate with customers. The city has assessed Waste Management a total of $81,200 in damages.

“We agree that the residents of St. Paul deserve better service and are currently working with other members of the hauler consortium to resolve service issues as quickly as possible,” a spokesperson for Waste Management said in a statement Monday.

It’s not the first time trash has been a hot topic in St. Paul. The city’s current contract, which took effect in October 2018, replaced a decades-old system that left individual property owners arranging their own method of waste disposal.

Officials said the new system was supposed to scale back truck traffic, pollution and wear-and-tear on streets, while also standardizing rates. But opponents — who said the new system does nothing to disincentivize waste and ended long relationships with local haulers — got the issue on the ballot in 2019.

Those in favor of organized trash collection won with nearly two-thirds of the vote, but the issue has remained a subject of controversy among residents.

Katie Hatt, who moved to St. Paul in 2020, remembers reading about the trash saga from her former home in Minneapolis, where “a lot of us were scratching our heads, wondering why anyone would want to eliminate organized trash collection,” she said.

But this year, though she paid $120 to have her yard waste collected weekly from her Dayton’s Bluff home, Hatt said Waste Management has shown up only twice. As paper bags of grass clippings turned musty from rain, the company replied to Hatt’s questions with confusing and inconsistent answers, she said, at one point incorrectly stating she failed to leave her bin out.

“If this is how it was working back in 2018, you can see how the people who wanted to strike the new system gained a good base of support,” said Hatt, who said she plans to flag the issue with her City Council member. “I’m glad to hear the city is paying close attention to this.”

St. Paul’s current contract with haulers expires Sept. 30, 2023, when Carter said he would be open to considering other service providers.

Officials are asking residents who have missed pickups to contact their haulers and notify the city online at stpaul.gov/garbage.