All lanes reopened on I-94 in Maplewood, I-35W in Lino Lakes 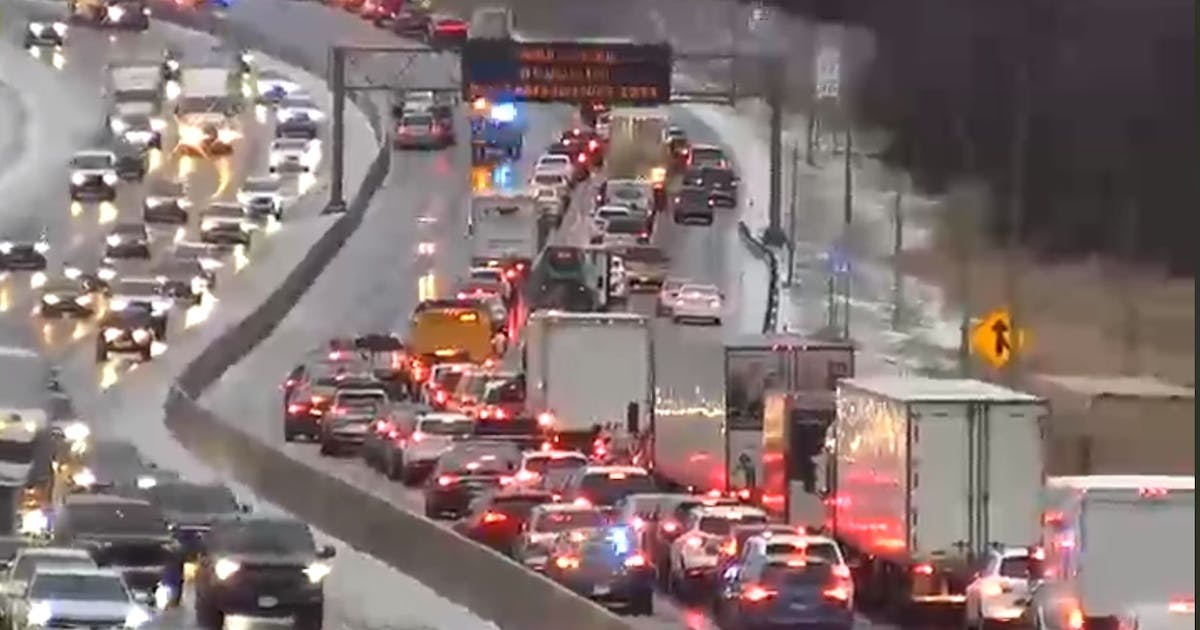 Freeways in Maplewood and Lino Lakes are back open after spinouts and crashes forced closures during Thursday’s morning commute.

As many as a dozen vehicles were involved in multiple wrecks on eastbound Interstate 94 in Maplewood near the Century Avenue exit, forcing authorities to close the road for more than an hour.

Traffic was diverted onto the Century Avenue exit from about 7 a.m. to 8:15 a.m. when the lanes reopened. Motorists were allowed to use the on ramp from Century Avenue to eastbound I-94 to continue their trip, MnDOT cameras showed.

Nearby, a trio of wrecks on southbound I-494 through Woodbury brought traffic to a crawl between 7 and 8 a.m., including a rollover crash on southbound I-494 near Valley Creek Road and another wreck near Lake Road. The incidents have cleared, MnDOT said.

In the north metro, northbound I-35W was shut down at County Road 23 in Lino Lakes for a short time just before 8 a.m. The freeway reopened after a crash was cleared.

Icy roads spawned scores of other wrecks across the metro during the morning rush hour. Two rollover crashes impeded traffic on southbound Hwy. 52 near 215th Street in Hampton. In Elko New Market, a jackknifed semi blocked the lanes of southbound I-35 at 215th Street.