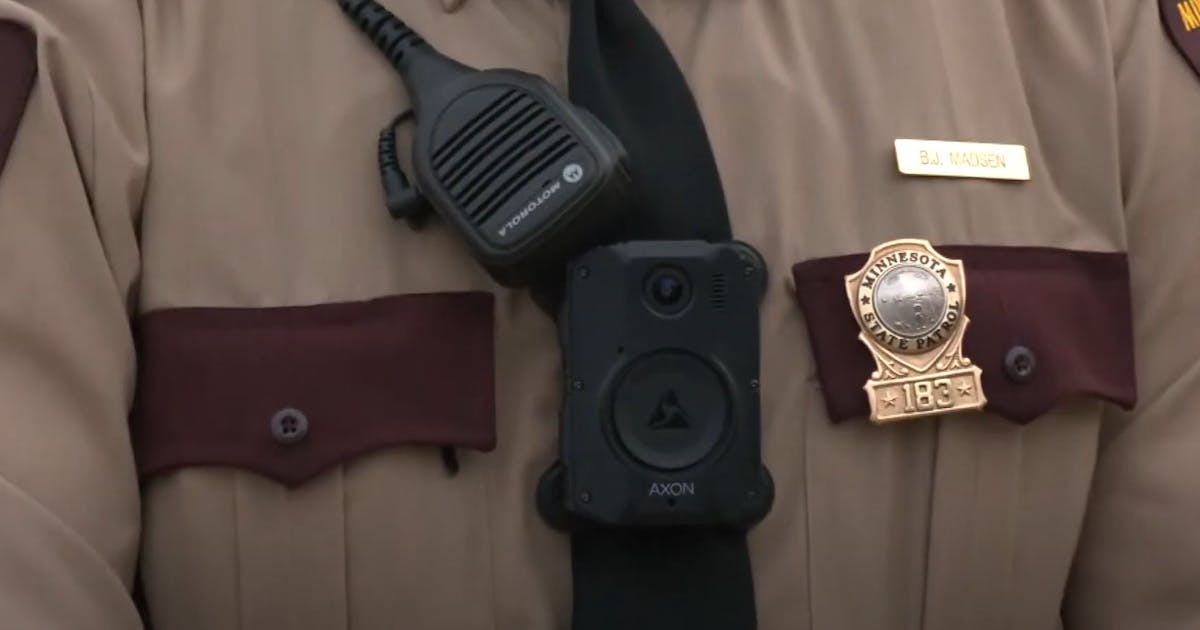 The State Patrol joins a growing number of law enforcement agencies in adopting the body-worn camera technology. State patrols in Minnesota and other states have not kept pace with police departments that have more swiftly adopted the body camera technology, particularly in cities where distrust between officers and the public runs high.

Col. Matt Langer, head of the State Patrol, said the technology makes an indisputable record of a police encounter and cameras will “help hold everyone accountable.”

“Troopers have been eager for it,” Langer, said. “They have wanted it for a long time.”

Minneapolis, St. Paul and now the State Patrol, all with more than 500 officers each, require their officers to use body cameras. The Minnesota Department of Public Safety does not keep a count of how many of the state’s 418 law enforcement agencies use the cameras because agencies are not required to report that information.

The patrol rolled out the project with a group of 40 officers in December . Over the past six months, the agency equipped and trained all troopers, commercial vehicle inspectors and Capitol security officers, totaling 705 body cameras and 1,349 car camera systems.

The Legislature approved nearly $8 million for the body cameras and the new in-squad system that will sync dashcam footage with video captured by devices worn by troopers.

“It all meshes together to provide a complete record of what occurred,” Langer said.

“A vast majority of stops are unremarkable,” he said. But should something happen, the cameras make it “less likely two people will disagree about what happened during an encounter.”

Police accountability advocates say inconsistencies remain in how officers use the cameras, deepening distrust of police. They say sometimes video made in the heat of a chase or a dramatic encounter can be inconclusive.

A study published in 2019 by George Mason University’s Center for Evidence-Based Crime Policy analyzed 70 body camera studies and found cameras have had no statistically significant effects on officer or citizen behavior, according to a Pew Research Center article. The authors of the studies also noted that they found mixed results about whether body cameras reduce the use of force by law enforcement.

Minnesota’s troopers will be required to activate their body cameras in most cases while interacting with the public: during traffic stops and crash investigations, responding to stalled vehicles, and making arrests involving drivers suspected of being impaired.

Cameras will automatically turn on if a trooper draws a Taser or service gun.

For more than 20 years, State Patrol squad cars have been equipped with dash cameras, but they don’t always record everything, Langer said. Body cameras will help augment what happens roadside.

In the past month, troopers have used their cameras to record their response to 96,380 incidents. Troopers have captured more than 60,600 hours of video since the project began.