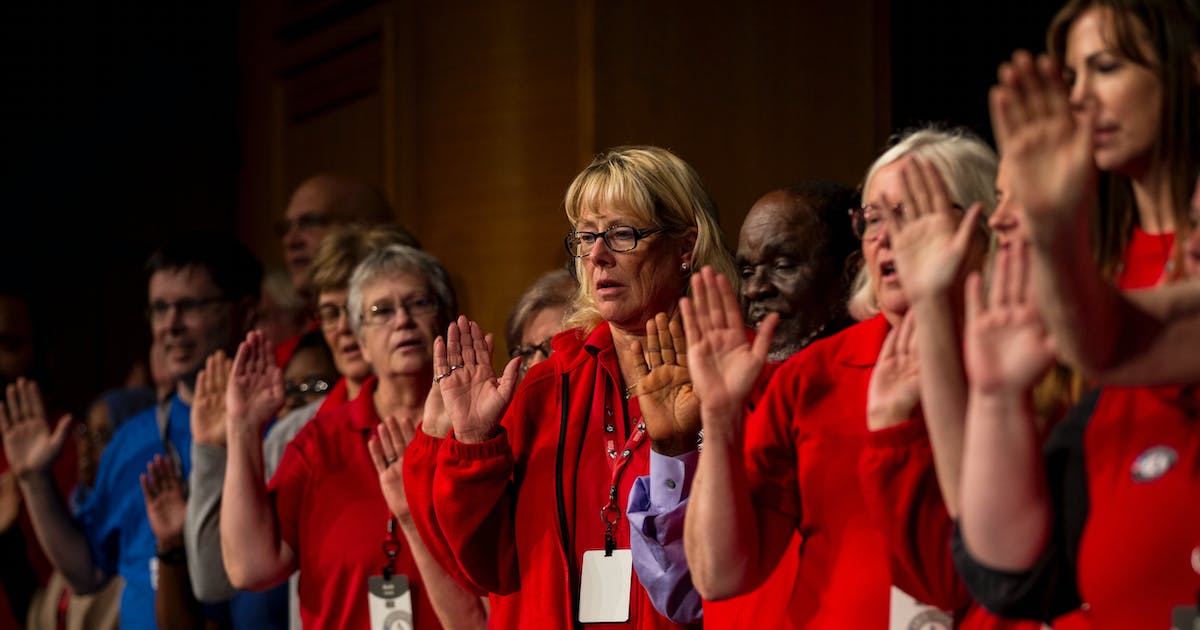 A new AmeriCorps program aims to bolster the number of public health workers in Minnesota and diversify the frontline sector as the state faces an urgent staffing crisis brought on by the COVID-19 pandemic.

ServeMinnesota, the commission that administers AmeriCorps state programs, announced this week that it’s teaming up with the University of Minnesota School of Public Health to create the new Minnesota Public Health Corps.

The program will launch in August and train 150 AmeriCorps members to work at 60 local public health departments, community organizations and nonprofits full-time for a year. They will help with behind-the-scenes work ranging from conducting community surveys to putting together education campaigns and outreach.

“The sector has seen quite a loss of staff,” said Alana Stimes, director of program development at Ampact, formerly Reading & Math Inc., a nonprofit that works with ServeMinnesota to administer AmeriCorps programs. “It’s never been a better time to grow and support public health initiatives.”

Minnesota is the latest state to sign on to the national Public Health Corps, created by the AmeriCorps and the Centers for Disease Control and Prevention (CDC). The federal American Rescue Plan Act included $400 million over five years for the program, designed to help recruit and develop a “new generation of public health leaders.”

Minnesota received $4.3 million of the federal money, making it the second highest grantee among the states.

Stimes said they’re looking for people such as young adults taking a gap year between high school and college, or a mid-career employee considering the possibility of switching careers. The hope is to draw Minnesotans who are interested in a public health career long-term, helping to shore up a depleted field.

“Our hope is to really continue to build this effort and make sure that we’re addressing public health needs,” she said.

Minnesota hospitals have reported an urgent staffing crisis during COVID, with shortages of workers exacerbated by the growing burnout during the pandemic. The state has even recruited Army doctors and nurses and National Guard teams to help fill the gap temporarily at hospitals and nursing homes.

A report released Tuesday by the Minnesota Department of Health forecasts a dire workforce shortage, especially in rural Minnesota where about one in five health providers say they plan to leave their profession in the next five years.

The new AmeriCorps program hopes to be part of the solution, with experts at the U training workers. Members of AmeriCorps, which is often referred to as the domestic Peace Corps, receive a modest living stipend and education award to fund student loans or college tuition.

AmeriCorps programs in Minnesota have long existed for everything from tutoring kids in math and reading to working on environmental projects. But during the pandemic, new state programs have been launched to address emergencies, including deploying help to overwhelmed nonprofits on the frontlines of the pandemic and economic crisis.

Since last fall, AmeriCorps members have provided housing assistance to Minnesotans on the verge of homelessness and worked with Afghan refugees resettling in the state.

“We’ve been nimble and been able to respond to community needs,” Stimes said.

For details on Minnesota AmeriCorps programs, go to serveminnesota.org. For details on the Public Health Corps or to apply, go to ampact.us/public-health.