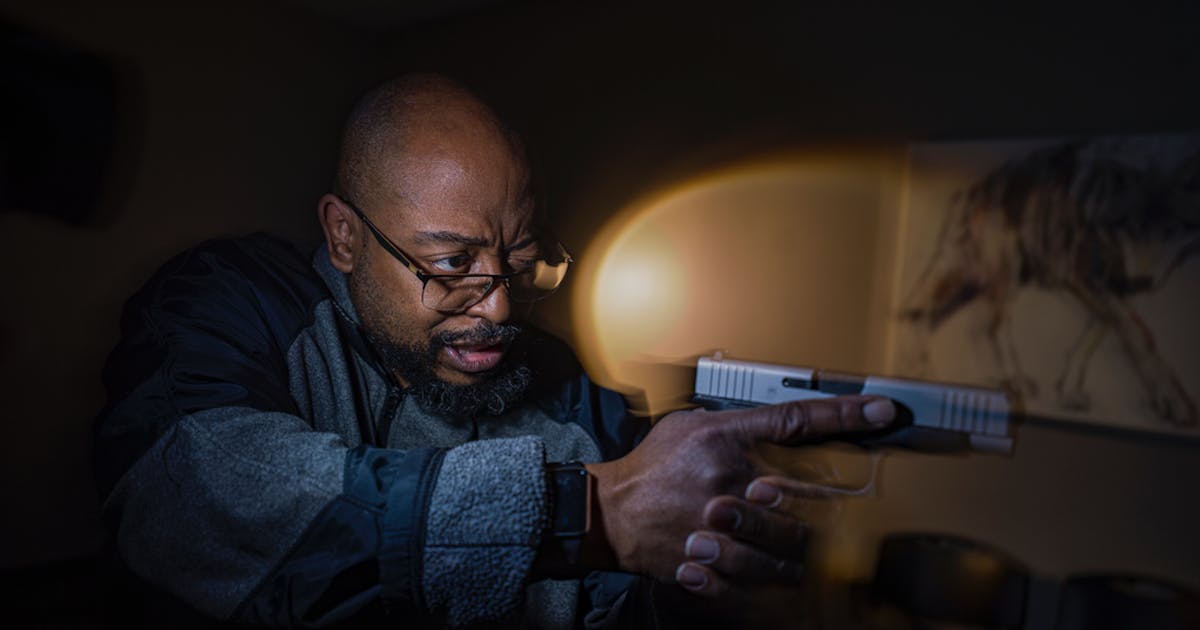 Lucky Rosenbloom was grocery shopping at a Twin Cities store when he spotted a couple of people stroll in with guns openly attached to their hips. They took their time wandering through the aisles as security guards stood nearby, unfazed.

Rosenbloom knows it’s legal to openly carry guns in many places in Minnesota, but as a Black permit-to-carry instructor, he wouldn’t dream of being so bold with his firearm.

“If I did that same thing, I would not make it outside,” he said. “And if I did, there’d be 20 squads out there waiting for me.”

Rosenbloom and other Black gun owners point to a double standard they often feel when legally carrying their weapons. Conversations about it reignited last week when prosecutors declined to charge a police officer for shooting and killing Amir Locke as he held a permitted gun when officers burst into an apartment on a no-knock warrant.

Examples of the disparity have been discussed for years: Philando Castile, who was Black, died after telling an officer about his gun during a traffic stop; mass murderer Dylann Roof, who is white, was taken into custody alive after spraying gunfire in a Black church.

Black people who own guns for personal protection or leisure cannot ignore the realities that separate them from other Americans, Rosenbloom and others say.

Louis Dennard, who founded the Minnesota chapter of the African American Heritage Gun Club four years ago, said it’s not hard for him to picture how he may have reacted if he was awakened in the middle of the night like Locke was, as a lawful citizen, to hear someone entering his home where he lives with his wife and son.

“If I hear my door get knocked down, six o’clock in the morning … I’m running down the steps with one of my firearms in my hand,” Dennard said. “And, of course, me being Black, I’m gonna be assumed to be the perpetrator, and they’re going to shoot me on sight.”

Dennard, a lifelong hunter, formed the club to give people of color an opportunity to learn from someone, especially if they haven’t grown up with guns. They practice at shooting ranges, chat and wonder aloud: If a Black homeowner mistakenly shot an officer busting through their door, would prosecutors find evidence to charge the homeowner?

“People are upset. It’s like, how many? How many Black men have been killed in the last eight years by police, and it hasn’t been their fault? The numbers are growing, and then nothing changes to protect us,” Dennard said. “It’s like it’s open season on us.”

Rosenbloom, a former military police officer who has taught permit-to-carry classes for nearly 20 years, said he believed right away that officer Mark Hanneman would not be charged for killing Locke nine seconds after police stormed into the apartment on Feb. 2. Locke, whose family said he had a permit and purchased a gun for protection while delivering food on DoorDash, had been asleep on a couch and was holding a gun when Hanneman shot him.

Officers are trained to shoot if threatened with a gun, Rosenbloom said. But he and others wonder: “If a white man had been in that room, under his blanket, the question is, ‘Would the officer have done the same thing?’ ” Rosenbloom said.

Following his death, the Minnesota Gun Owners Caucus publicly supported Locke’s decision to reach for his legal means of self-defense while waking up to confusing commands.

Rosenbloom shares his experiences and the reality of what happened to Locke and other Black gun owners with his students.

“Given the same circumstances, a Black man with a gun’s risk of being shot by police is always higher,” Rosenbloom said. “That is what I teach in my class, and that is why I teach people in my class that when the police come, they don’t know you have a permit. Comply, comply, comply. Survive that situation.”

The Second Amendment was born out of an existential fear of Black people and slave revolts, argues Dr. Carol Anderson, professor and chair of African American studies at Emory University and author of “The Second: Race and Guns in a Fatally Unequal America.” Even unarmed, Black people are an automatic threat, she said, and when they are armed, they are seen as an exponential threat that justifies their killing.

The instances where law enforcement chooses to use no-knock warrants highlight those disparities, Anderson said.

“What it’s saying is that Black folks do not have the right to defend themselves in their own homes,” she said. “The use of the no-knock warrant, particularly when you get hyper-policing of Black people, heightens the vulnerability, the probability of death for Black people.”

Minneapolis Mayor Jacob Frey released an order banning the use of no-knock warrants except under “exigent circumstances” earlier this month.

Anderson said she does not see reality changing until this country confronts it’s anti-Blackness. She pointed to white men with guns storming the U.S. Capitol versus the law enforcement response to protests in Minneapolis and across the country in 2020.

Still, the amplified threat from law enforcement isn’t leading Black gun owners to turn away from their constitutional right.

Minnesota issued more firearms permits in 2021 than in any other year since the state’s Personal Protection Act was enacted in 2003, surpassing the previous record set in 2020. Many new gun owners are people of color and women, and Black women are among the fastest-growing group of gun owners in the country.

Many members of Dennard’s club sought to join during the past two years to protect themselves during civil unrest and rising crime.

“We’re catching it from both sides,” Dennard said. “We’re in jeopardy from the bad guys and the good guys.”