An extinct, bear-sized beaver could be chosen as Minnesota's state fossil 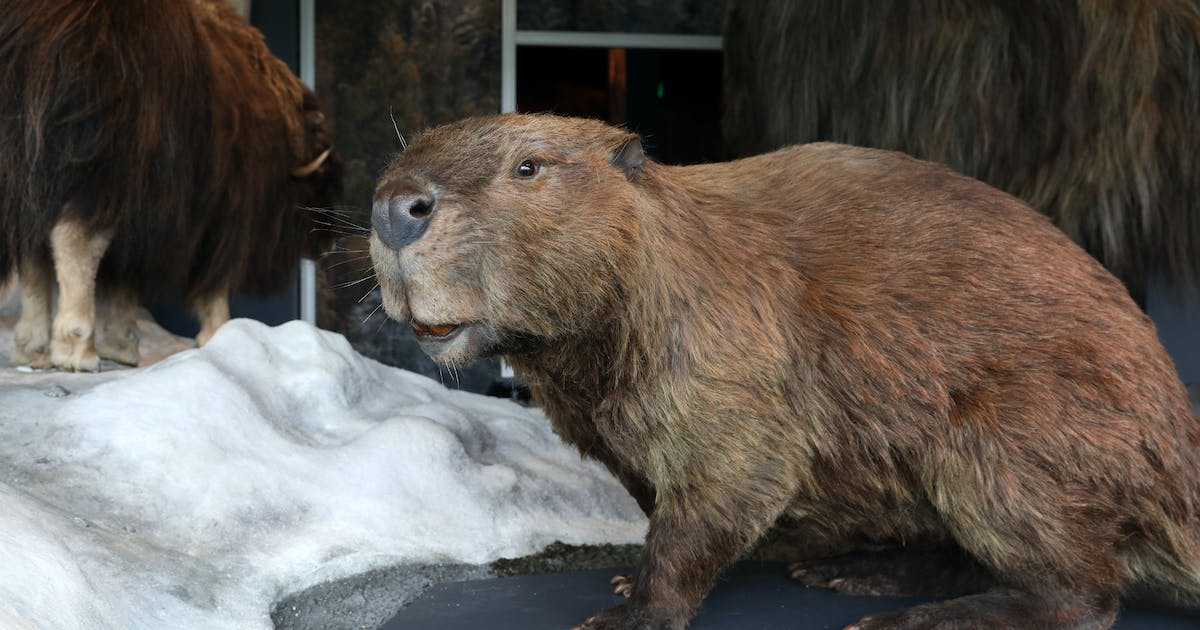 Sometime between the debate over election administration and a bill to create an entirely new state agency in Minnesota, the giant beaver teeth were carefully brought up to the testifier’s table.

These incisors were so big, a paleontologist used two hands to show them off to members of a Minnesota Senate committee last week.

And they were notably old, belonging to a giant beaver that lived and died in Minneapolis roughly 10,000 years ago. Now, the only question was: Should these old, giant beaver teeth be a symbol of the state of Minnesota?

“It’s been a pretty long couple of years, and the problems flying in the state are innumerable,” said Sen. Jim Abeler, R-Anoka, recognizing his bill was not like the others on the agenda that day. “If you ask the question: really, a state fossil?”

Turns out, Minnesota has a lot of state symbols. The state bird is a loon, the state drink is a glass of milk, the state sport is ice hockey. We’ve claimed the University of Minnesota-bred Honeycrisp apple as our state fruit and blueberry as our official muffin.

So, why not a state fossil?

“It’s still a good time to remember our history and what we think is important to the state,” Abeler said, adding: “If you were going to have a state fossil, you’d want to have something as cool as the giant beaver.”

Castoroides ohioensis, commonly known as the giant beaver, is an extinct, bear-sized animal that roamed North America alongside woolly mammoths and relatives of the saber tooth cat. Minnesota is one of only six states that have not designated a state fossil, so the Science Museum in St. Paul decided to poll residents on which fossil they liked best.

“We had lots of other great things, from fossilized bacteria, to mammoths, to giant crocodiles and sharks, but what won the vote by a lot was the giant beaver,” said Alex Hastings, the paleontology curator at the museum.

More than 11,000 people voted across the state — mostly students and families — and the giant beaver “was the very, very clear winner,” he said.

Senators didn’t pose any questions on the bill — or the beaver — but they made clear they can multitask debating major legislation about state government and proposals about fossils. The bill was laid over for possible inclusion in a broader package of bills later in the session.

If it becomes law, a picture of the giant beaver will be displayed in the entryway of the office of the Secretary of State, taking its place alongside photographs of Minnesota’s other state symbols.