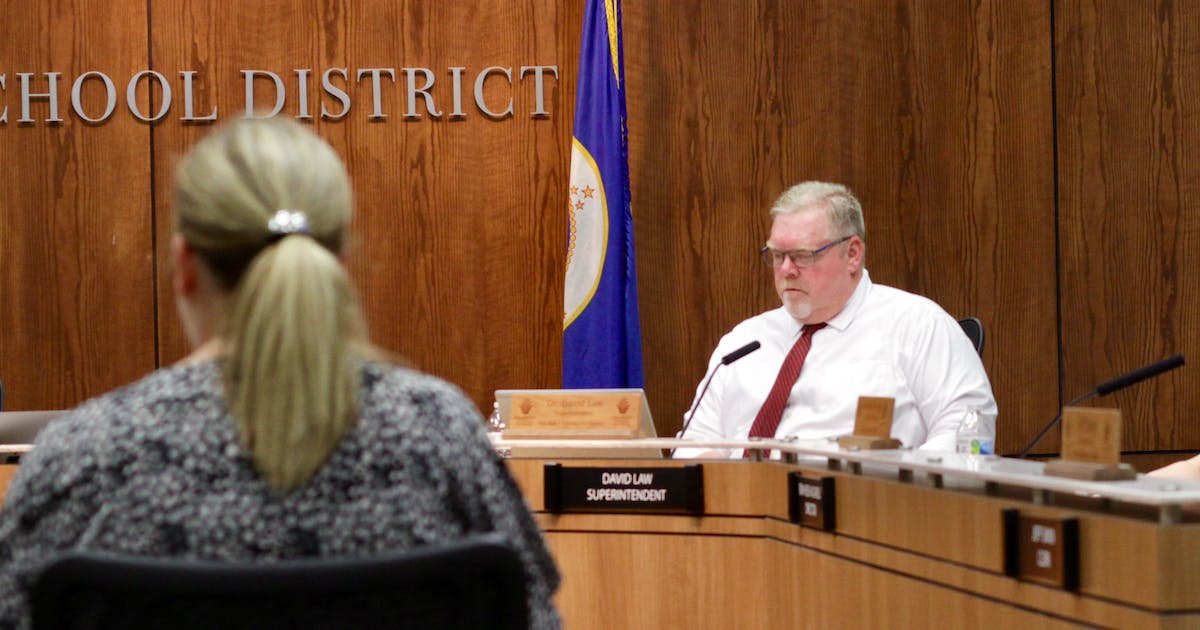 The Anoka-Hennepin school board will appoint a temporary leader in June and mount a national search to replace Superintendent David Law, who announced his departure for the Minnetonka district in mid-April.

The board on Monday decided to embark on a yearlong process to find a new top administrator for Minnesota’s largest school district, rather than attempting to replace Law by September.

While some board members professed they would prefer a shorter timeline, they also acknowledged it left less time for the district to provide ample opportunities for the community to weigh in on the superintendent search.

“I feel it is of the utmost importance we let our community know we are giving them as much time as possible to get input on this,” board member Erin Heers-McArdle said.

The board will search for candidates from August through November, according to a presentation by representatives from School Exec Connect, the firm leading the effort. Antoinette Johns, one of the firm’s partners who is leading the process, said the district likely will draw a relatively small pool of candidates for the position.

That’s because most superintendents, she said, are used to managing districts that enroll between 300 and 5,000 students.

“The larger the district, inherently your pool gets smaller,” she said.

Anoka-Hennepin Public Schools will host community forums throughout September, surveying the communities within district boundaries to steer the process. The district will also launch family surveys in at least eight different languages, including Spanish, Hmong and Arabic.

“It’s important to have people participate as much as possible,” Johns said.

The school board will privately interview between four and six candidates in December before moving half of them into a series of public interviews.

The new superintendent will take over July 1, 2023.

A shorter timeline would have required the district to make a hire by midsummer and have that person start in September. Johns said School Exec Connect already has compiled a shortlist of candidates for the interim position.

Law led the state’s largest school district for eight years. He had one year left in his contract with Anoka-Hennepin Public Schools. Law’s salary for the 2021-22 school year was $234,800, according to his contract.

The north metro district also paid $7,500 into a retirement annuity and provided $2,000 to cover the cost of Law’s membership in professional education associations.

The Minnetonka district enrolls just over 11,000 students, or roughly one-third as many as Anoka-Hennepin.

Though he wasn’t looking for a new job, Law said he pursued the job at Minnetonka after repeated requests that he apply and following the tenure of Superintendent Dennis Peterson, who led that district for 21 years.

Law said the solid stable of administrators at the Anoka-Hennepin district, coupled with the fact that the current school board will serve for at least two years following his departure, would make for a smooth transition following his exit.

Law’s departure means two of Minnesota’s largest school districts will spend the next few months searching for a new superintendent. Ed Graff announced he would not seek to renew his contract with Minneapolis Public Schools in late March.