Apartments could be built atop troubled St. Paul parking ramp 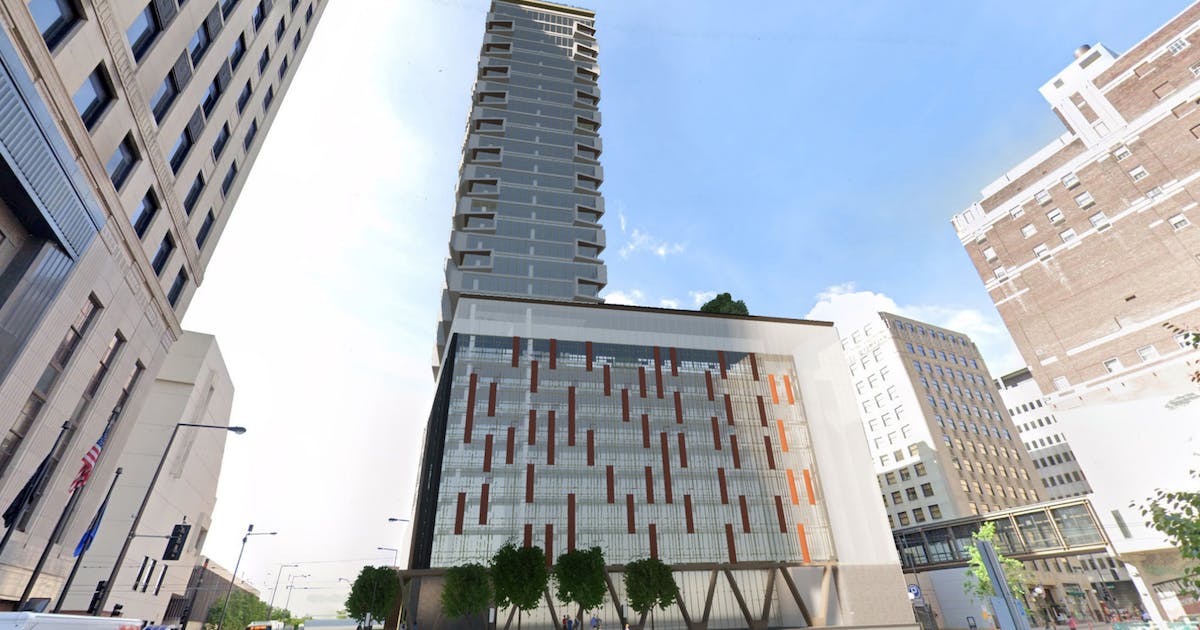 Downtown St. Paul’s largest property owner is poised to add a 954-stall parking ramp to its portfolio, a sale that would allow the city’s Port Authority to finally wash its hands of a property that has been losing money since it was built more than two decades ago.

Jim Crockarell, head of Madison Equities, said he purchased the sheriff’s certificate of sale for the Capital City Plaza parking ramp for $7 million last month. He will likely take over titles for the property at 50 4th St. E. this fall.

The company hopes to build a 200-unit apartment tower on top of the ramp.

“The views of the Mississippi River would just be extraordinary,” Crockarell said Monday.

He added that the ramp is in “excellent condition,” though he plans to make some improvements to lighting, security and the checkout system.

“I think there’s been a lot of bureaucracy connected with this ramp, and hopefully a private investor might have more success than what they’ve had over the last 20 years,” Crockarell said.

To finance the ramp’s construction in 2000, the St. Paul Port Authority issued more than $20 million in bonds it intended to pay back with parking revenue. That revenue fell short, and the port defaulted on debt payments in 2009.

It’s bondholders — not St. Paul taxpayers — who lost out. Wells Fargo took over the property on their behalf and filed for foreclosure late last year. As of last month, bondholders were owed $30 million.

The default prompted the Port Authority — which frequently has a hand in development projects in St. Paul — to change the way it approaches such projects. The agency’s former president, Lee Krueger, said in 2019 that it no longer issues revenue bonds and instead turns to outside parties to finance projects.

The sale means the property will likely soon go back on the property tax rolls after years of public ownership.

“We’re glad to see it back in the private sector, and we wish the new owner the best,” said Andrea Novak, a spokeswoman for the St. Paul Port Authority.

The ramp would provide parking for residents of the new units, as well as those living nearby in the former Degree of Honor building, which Madison Equities recently converted to luxury apartments.

Joe Spencer, president of the St. Paul Downtown Alliance, said in a statement that addition of new housing on top of the ramp “has the potential to be an exciting development.”

“As we look to grow our downtown residential population to benefit businesses, retail and restaurants, and our overall economy, we are hopeful that the new owner shares our vision to add this much-needed vitality to our downtown community,” he said.

But with wedding activity picking up at the St. Paul Athletic Club, hotel guests trickling back to the InterContinental St. Paul Riverfront and the Army Corps of Engineers moving about 400 employees into Madison Equities’ First National Bank Building, Crockarell is bullish on the future of downtown — and parking.

“That’s the gamble we’re taking,” he said. “The jury’s still out on whether or not all the employees are coming back to work downtown, but … the residential market in St. Paul has been very healthy.”