As crews scramble to keep up with pothole season, here's who to call 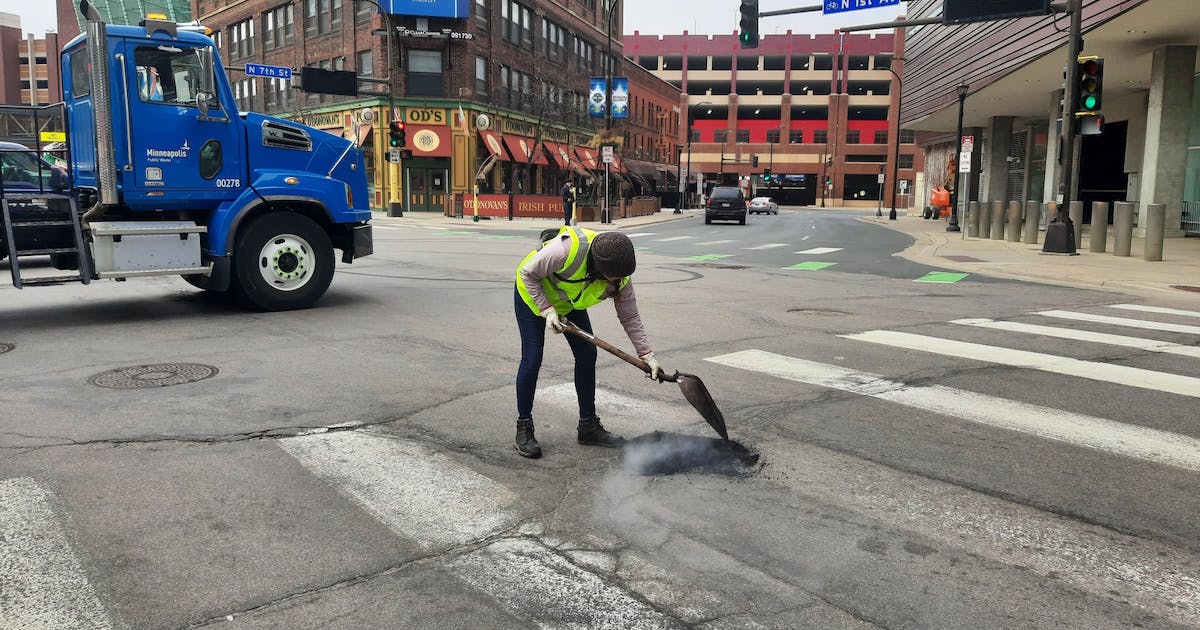 Spring is here, potholes are popping, and Drive reader Larry has noticed.

“Horrible,” he said about the numerous crevices and craters he has been dodging on Hwy. 36, a road he drives frequently as an auto parts carrier. “All the way from Roseville to Stillwater.”

Good news, Larry: The Minnesota Department of Transportation will repave that section of highway this summer, but until then expect a bumpy ride. He also has seen potholes on other roads, too, and wanted to know where to report them.

For potholes on freeways and highways such as Hwy. 36, drivers in the metro area can call MnDOT at 651-234-7500 or fill out the agency’s pothole reporting form at http://www.dot.state.mn.us/metro/maintenance/potholes.html.

Motorists in the suburbs can call their city.

Crews in Minneapolis are patching holes on highly traveled streets under the city’s jurisdiction every day, said Steve Collin, a street maintenance engineer. But with the freeze-thaw cycle continuing and rain and snow melt seeping into cracks, it can be a losing battle. Potholes can pop up over night, even on streets where crews have recently made repairs, he said.

“We are getting as many covered as we can,” Collin said. But crews don’t find them all. “We want the public to call and report them.”

“We get complaints and we appreciate it,” she said. “We can get crews on roads that need extra attention. You want to get on them as soon as you can so they don’t get worse.”

As crews make the rounds, Hiebert says motorists need to be patient, slow down and drive smart.

“We get them patched as quickly as we can,” she said.

No Northstar service for Twins games

Metro Transit will not operate Northstar trains for Twins games this year due to costs.

Metro Transit provided 81,561 rides on Northstar trains for Twins games in 2019, the last year COVID-19 attendance restrictions for all or part of the season were not in place.

SouthWest Transit will offer express service from the southwest suburbs to Thursday’s opener, but won’t provide service again until June 7.