As Roe ruling loomed, Woodbury school shied away from play about pregnancy 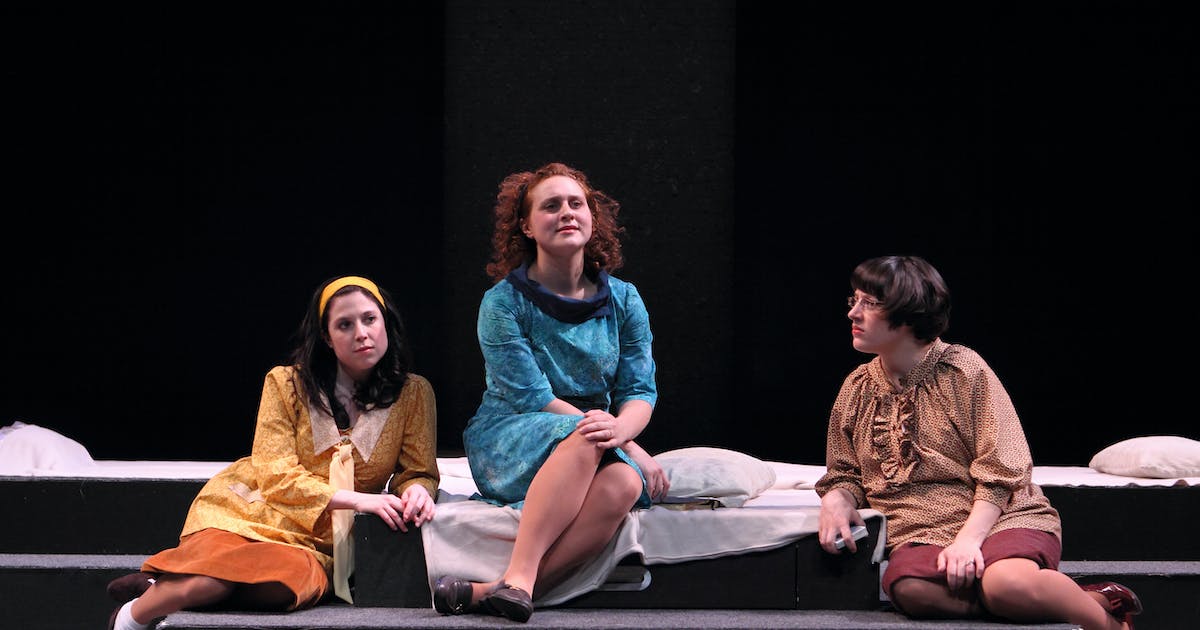 Students at East Ridge High School are staging a play this weekend that features murder, suicide, bullying, death by Drano, singing, dancing, and an attempt to blow up the entire school.

“Heathers: The Musical” is not the performance that sparked fears of a political backlash for school officials in Woodbury.

The play that set off alarms, the play that will not be greenlighted for the upcoming school year, is “Watermelon Hill,” a poignant, frank and funny play about the lives and losses of pregnant teens sent away to the Catholic Infant Home in St. Paul in 1965.

“In conversation with district administration, we made the decision to not … perform this type of play right now in the current political climate,” read an e-mail exchange between school and district officials, and shared by Lily Coyle — the playwright behind “Watermelon Hill.” “We do see the value of this content and this could be something that can be re-looked at again in the future, just not right now,” the e-mail read.

“Watermelon Hill” is a one-act play built from the stories of the young girls who twisted their class rings around to look like wedding bands, hoping to avoid the scorn in shopkeepers’ eyes. The ones who hid away under assumed names for two trimesters, because if word of this shame got out, their fathers could lose their jobs.

They braved catcalls from the boys driving by the maternity home. They gave up their babies, went back to their lives, and tried to pretend none of it had ever happened.

Who gets blamed, who gets shamed, and who gets to drive away laughing from an unplanned pregnancy hasn’t changed as much as we think it has since 1965.

“Those were not the good old days,” said Coyle, who now owns the Beaver’s Pond Press publishing house in St. Paul. “It was not a golden era. It was shameful, painful, damaging.”

A spokesman for the South Washington County schools said the decision not to approve the play this year wasn’t a ban. “Watermelon Hill” might still be performed in Woodbury, someday.

After two straight years of people screaming at school boards about masks and imaginary critical race theory conspiracies, school officials may be eager to avoid topics that could lead to more screaming. Even if it means silencing a performance about women who had been silenced for decades.

Coyle has always offered “Watermelon Hill” free of charge to high school drama programs. It was her way of honoring Dale Fretland, the Harding High drama teacher who saw promise in her and steered her toward a summer writing program that changed the course of her life.

Ron Peluso, artistic director for St. Paul’s History Theatre, commissioned the play. Years earlier, when he was a young high school drama teacher, one of his students simply vanished from school without explanation. Peluso and his wife eventually tracked her down to a home for unwed mothers, an experience that stayed with him for decades.

Schoolchildren have filled the auditorium for matinee performances of the play over the years, with no complaints that Peluso can recall. But after each performance, shaken audience members would approach him to share their own stories, sometimes breaking decades of silence.

“It’s just information,” Peluso said. “The play’s hardly pro-choice or pro-life. It is what happened.”

Coyle was pregnant while she was writing “Watermelon Hill,” and the script brims with vivid details about heartburn and leg cramps that wake you screaming in the night. She delivered the final script in 2000, the day before she delivered her first child — a daughter.

When History Theatre staged a revival of the play in 2016, Coyle was able to bring her daughters, then ages 16 and 13, to watch.

They were blown away, she said, by the history behind the story. They had no idea that girls their age had once been hidden away because the shame of pregnancy out of wedlock was too much for families to bear.

Too shameful for the girls’ families, at least.

America never saw a need for homes for unwed fathers.

You can read “Watermelon Hill” yourself by tracking down a copy on Amazon, or read the book that inspired the play: “Shadow Mothers,” by Linda Back McKay, who reunited with the son she gave up for adoption at the Catholic Infant Home.

The play weaves the stories of the pregnant teens with the voices of the women they became. The America of 1965 didn’t want to listen to stories like that. They just wanted those babies taken to nice married couples.