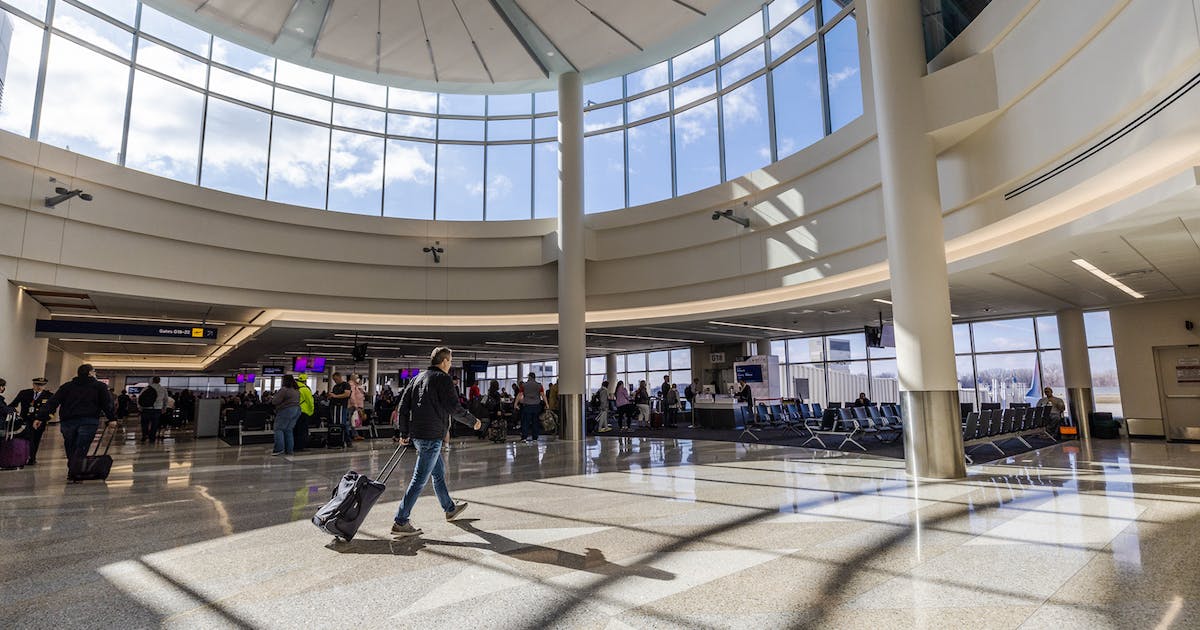 The once dreary far end of the G Concourse at Minneapolis-St. Paul International Airport now features an airy rotunda, more-expansive gate areas, a wider corridor and polished terrazzo floors — all part of an $84 million overhaul in the airport’s main terminal.

Now all that’s needed is an influx of air travelers to kick off summer travel on this Memorial Day weekend. And airport officials say the throng is coming.

About 29,000 passengers are expected to clear security Thursday in both of MSP’s terminals, a respectable tally as air travel returns following the COVID-19 outbreak two years ago.

And while that’s not nearly as brisk as pre-pandemic levels, when 40,000 to 45,000 passengers were screened on busy days, the airport is ready to welcome them back.

“We have seen steady passenger growth throughout the spring, including an all-time record number of passengers at Terminal 2 in March,” said Brian Ryks, CEO of the Metropolitan Airports Commission (MAC), which operates MSP. Terminal 2 is home to Sun Country Airlines, Southwest Airlines and others.

The Transportation Security Administration (TSA) is screening well over 2 million passengers a day at airports across the country, according to spokeswoman Jessica Mayle. “During the month of April, the average daily passenger load was about 91 percent of pre-pandemic levels,” she said.

MSP and TSA officials anticipate passenger volumes will match and likely exceed summer 2019 levels for the first time since the pandemic struck. When COVID took hold in the spring of 2020, air travel at MSP plummeted by 95%. But it has steadily climbed since then.

“I just started flying again last year,” said Chad Flentje, a Twin Cities resident and avid traveler. Flentje and his two sons were headed to Krakow, Poland, on Wednesday — the first leg of the trip being a nonstop flight from MSP to Amsterdam.

A new Cibo Market has opened near gates G17-G22, and a Starbucks coffee shop will open nearby in early June. The improvements are part of Delta’s G Concourse renovation and 50,000-square-foot expansion, near where it intersects with the Terminal 1 skybridge to the C Concourse. Delta’s third Sky Club above the rotunda is under construction as well.

Passengers this summer will have more destinations to choose from, with 11 new domestic and international routes planned. Delta resumed daily service to London Heathrow last month, following a two-year hiatus.

Airlines are expected to operate 198 routes in June, an increase over 185 last year. Air Canada will begin service June 1 to Montreal, and Sun Country will debut its first-ever flight to Canada when it starts flying to Vancouver on June 15. Condor will begin service to Frankfurt on June 1.

Ryks is hopeful that key flights to Asia, including Seoul and Tokyo, will resume at MSP this fall.

Business travel has been slower to recover, likely due to the widespread adoption of remote meetings. When asked when it will return, Ryks said: “That’s the big question.” About 60% to 70% of business travelers so far have returned at MSP.

About 89% of the airport’s dining and retail concessions are operating at least part-time. About 450 people attended a recent job fair sponsored by the airport to help fill some 700 open positions. The MAC says the 110 concessions now open represent a 37% increase when compared with a year ago.