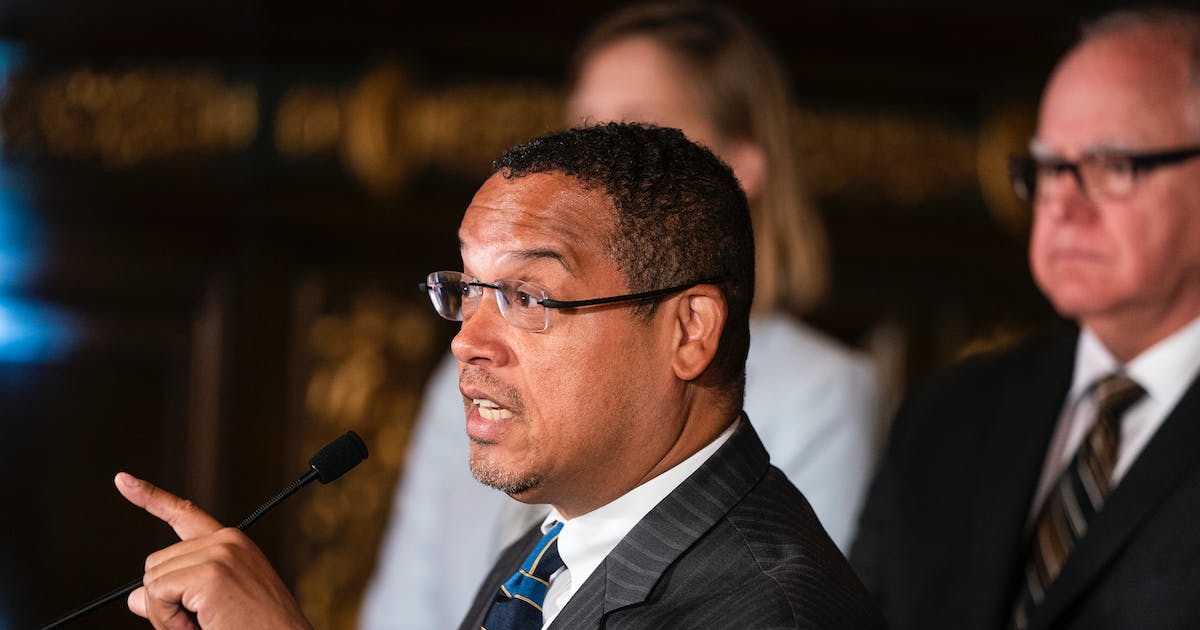 Minnesota Attorney General Keith Ellison vowed Tuesday to legally defend travelers who come here to get an abortion and face prosecution in their own states for doing so.

If the U.S. Supreme Court overturns Roe v. Wade, Minnesota will be prepared to serve and defend an influx of abortion patients who come from states that outlaw the procedure, Ellison said during a news conference at the State Capitol. Ellison said he will reject extradition requests and fight other states in court if necessary.

“No one who travels from another state to seek an abortion that’s legal in Minnesota is going to be prosecuted,” Ellison said. “I will directly intervene to stop any such prosecution events.”

Abortion could quickly become illegal in more than two dozen states, including South Dakota, if Roe v. Wade is overturned. The right to an abortion will remain protected in Minnesota even if the high court overturns the landmark case because of a 1995 state Supreme Court ruling that affirmed women’s constitutional right to abortion on the state level.

The full extent of legal options Ellison could take is still unclear, he said, because “a lot of this stuff is uncharted.”

If people who come here for abortions return to their state and are subsequently prosecuted, Ellison said he would still seek to defend their rights.

Schultz declined to comment on how he would handle cases of states trying to prosecute people who come to Minnesota to get an abortion. Instead, he criticized Ellison for supporting abortion rights.

“I have repeatedly stated that I am pro-life, yet, unlike Keith Ellison, I will not debase the Office of the Attorney General with political theater or personal agendas,” Schultz said in a statement to the Star Tribune. “I will take politics out of the Minnesota Attorney General’s Office.”

During a debate earlier this year with other Republican attorney general candidates, Schultz said he would “do everything I can to ensure that the most vulnerable among us, the unborn child, are defended aggressively.”

Stoesz said abortion providers will not disclose the names of patients to states because of health care privacy laws. However, patients could be outed by others who learn of their abortions.

Steenson predicted that a post-Roe legal landscape will be “in absolute chaos” with every state having separate, and sometimes conflicting, policies.

“Abortion regulations are going to be subjected to a very low standard of review. When they’re challenged in federal court, there’s going to be extreme deference to the states,” Steenson said. “It’s going to take a long time to sort out those issues.”