Black outdoorsman wants BIPOC Minnesotans to see state's parks, trails as theirs, too 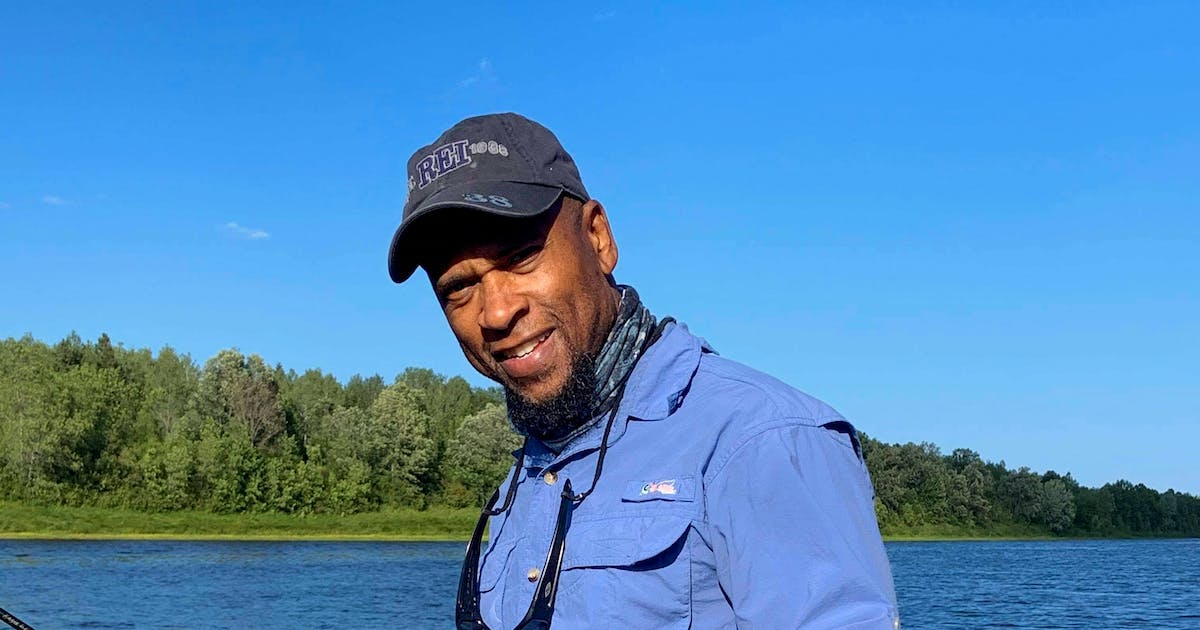 When Dudley Edmondson, a Black outdoorsman, told me he refuses to let anyone make him feel as if he’s not allowed to visit a public space in Minnesota and beyond, I nodded my head.

“I understood that public land was public land and I didn’t feel like I was going to let anybody keep me off of that land, so my attitude has been ‘I belong wherever I choose to be,'” said Edmondson, a photographer, conservationist and author, who wrote the book “Black & Brown Faces in America’s Wild Places.”

“And that has allowed me to go wherever I want to go.”

For 30-plus years, the Duluth resident has hiked around the world in places accessible to all but not always viewed as inclusive. His mission is to encourage BIPOC folks to enjoy the recreation and relaxation available at state and national parks, reserves and trails.

As luck would have it, admission is free to all 75 Minnesota state parks and recreation areas today, June 11 – one of four free park days in the year designed to get all Minnesotans outdoors.

“Black folks, sometimes we feel as though outdoor spaces don’t belong to us,” Edmondson said. “And that’s the thing I’ve been trying to reverse through most of my career as a public speaker.”

I also have that desire to see more Black and brown people outdoors, a yearning that has grown along with my love for hiking in recent years.

On the weekends, I like to walk through Lake Elmo Park Reserve or the waterways and paths scattered around the Twin Cities. This summer, I will pick up fishing and bird-watching. And I also hope to learn more about the gear I’ll need to hike through the winter months.

During the pandemic, these jaunts have been my escape.

The outdoors have always been healing for Edmondson, too. He has traveled around the world, from the Arctic Circle to the Bahamas. When we talked, he was preparing to attend a Black birders national convention.

He was a child when he began to love the outdoors.

He realized that the chaos in his home, often fueled by alcohol, would dissipate whenever his family traveled to a local reservoir near Columbus, Ohio. That’s where his love for the outdoors blossomed.

“People just enjoyed themselves and there was no drama in that outdoor space,” he said. “And I found, when I was out there, the peace and quiet was so therapeutic for me. It made such a difference for me. I learned that you can treat trauma with nature exposure. I learned that early as a kid and it’s something that I’ve done my entire life.”

Edmondson and I share an appreciation for the soothing elements of the outdoors and a yearning to see more people who look like us whenever we’re out there. But we also understand the hurdles.

It’s not unique to be Black in a space full of white Minnesotans, but there is a sense, among BIPOC communities, that these public parks and trails do not belong to everyone here. That’s one of the most powerful components of systemic racism: its messaging about who owns what and where. A 2020 study by the National Park Service showed that only 23% of the people who visited national parks that year were from communities of color.

When Christian Cooper, a Black bird-watching enthusiast, was confronted by Amy Cooper (no relation), who called the police and falsely accused him of threatening her in New York City’s Central Park two years ago, it only magnified concerns about the safety of BIPOC folks who might want to explore these public spaces but wonder how they will be treated.

Edmondson said his father could not understand how he felt so comfortable traveling around the country knowing he would be one of the only Black people out there.

When his father was a young man, Edmondson said, he had to make sure he knew the back roads and carry his own food whenever he traveled from Columbus, Ohio, to Nashville. One stop at the wrong bathroom could have cost him his life. That history has shaped the perception of our vast parks and other public areas sparsely occupied by BIPOC folks.

Edmondson tries to counter those perceptions by bringing people into nature where they can see what he sees when he’s out there.

“My feeling is if you can just get people out there and they have an experience that’s unique to them where it might be just enough where they feel like there is no way they can go back to living the way they did, they will figure out a way to get back to a green space,” he said.

With gas at a national average above $5 per gallon for the first time and steep airfares , many families will have to cancel or adjust travel plans in the months ahead. A trip to a local park might not only become an option but a necessity.

And I want all communities of color in Minnesota to know what so many white people here already value: the serenity of the outdoors. We all have access to these parks and trails rich with wildlife and greenery and peaceful sounds that can transport a person to another world — just a few miles from home.

It’s ours to enjoy, too.

“You know,” Edmondson said, “I just go wherever the hell I want to go.”