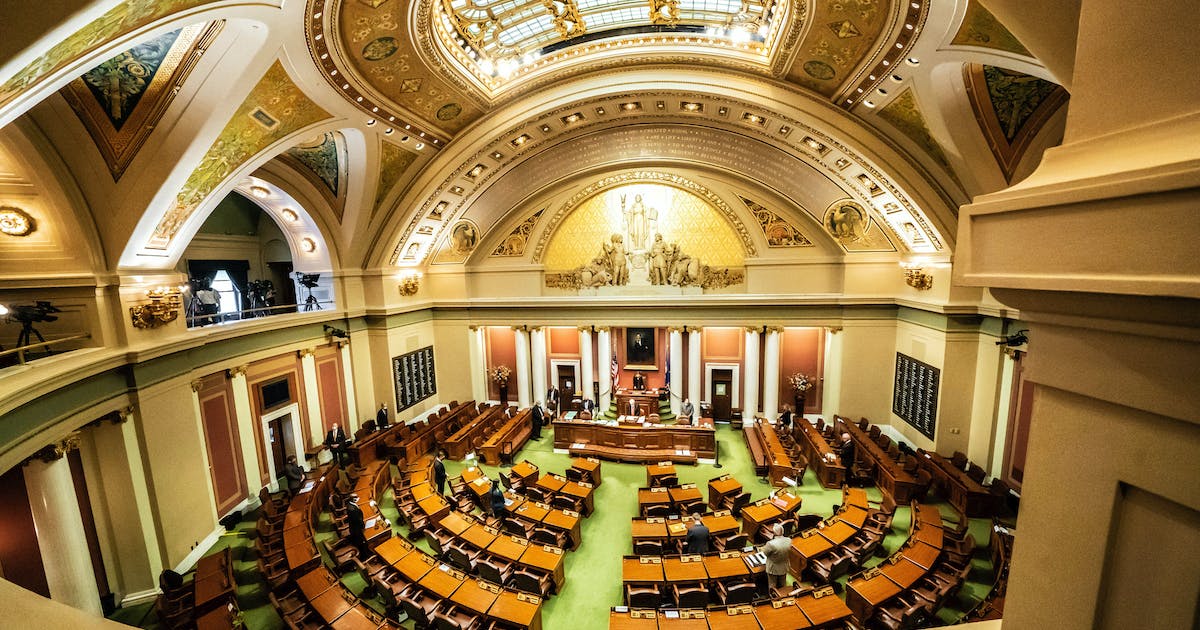 Minnesota legislators returning to the Capitol on Monday from a weeklong break will find familiar conditions: nearly all this session’s work still undone with barely a month to go before an adjournment deadline that has become more of a suggestion than a mandate in recent years.

That means lawmakers must reconcile competing — and sweeping — spending proposals over fraught topics such as public safety, taxes and education. The Legislature, one of just two in the nation with split Republican-Democratic control, also is wrestling over what to do with a nearly $9.3 billion surplus as it tries to pass a new construction funding plan.

“There’s still a lot of good momentum,” Gov. Tim Walz said last week as he toured the state to promote his own lofty budget goals. “In the flow of how these sessions go, the bonding bill kind of comes towards the end, [and] as people start to think about it, a lot of the projects get put in there. We’ll have to decide on the dollar amount.”

Unlike last year, state lawmakers are not bound by a requirement to pass a two-year budget before closing business. And it’s an election year in which every legislative seat — and every statewide constitutional office — is up for grabs.

Major legislative accomplishments to date have been limited to striking a deal on extending the state’s reinsurance program and $1 million in emergency response efforts to contain the spread of avian influenza, not to mention the ALS legislation championed by Sen. David Tomassoni, DFL-Chisholm, since being diagnosed with the disease.

Even then, legislators dragged out negotiations until just one day before a deadline from the federal government to start processing a waiver to keep the unemployment insurance program running. A broader drought relief package for farmers is now in conference committee to reconcile differing proposals from the Senate and House.

That leaves pretty much everything else still needing to get done.

Walz said he was frustrated that leaders haven’t gotten a deal yet on unemployment insurance and frontline worker checks, but added that early session agreements are rare.

“That was an attempt to get it done early, and that’s always a longshot, and that’s fair because the Legislature has to deliberate,” the governor said.

The GOP-led Senate passed a measure to fully repay the unemployment insurance trust fund earlier this year via a 55-11 bipartisan vote. But the proposal remains stalled in the DFL-led House. Because the fund was not repaid by a March deadline, employers face a tax hike to make up the difference. House DFL leaders maintain that the increases can still be reversed once a deal is struck.

Senate Republicans have been focused on large cuts to income and Social Security taxes this session and expect to roll out a second piece of their tax proposal in the next couple weeks. They already passed more than $8 billion in tax cuts earlier this month, calling it “the largest permanent tax cut in state history.”

“This surplus simply means the state government is over collecting from the taxpayers and we have heard loud and clear from Minnesotans: send the money back,” said Senate Majority Leader Jeremy Miller, R-Winona, after the Senate passed the cuts.

Meanwhile, Walz is pushing for rebate checks for the majority of Minnesotans. And House Democrats have proposed a variety of tax breaks targeted at families, renters, people with student loans and some seniors.

“I’m always up for compromise. And I just am realistic that we’re going to have things from both plans in a tax bill — when we get to a tax bill,” said House Tax Committee Chair Paul Marquart, DFL-Dilworth, who added he is “still confident” they can reach a deal with Senate Republicans.

Lawmakers traditionally pass an infrastructure funding package, called the bonding bill, in even-numbered years. The House is supposed to propose the bill first before the Senate offers its version. Depending on when the House rolls out its plan, bonding conversations could start in earnest around the time of the state Fishing Opener on May 14, said Sen. Tom Bakk, an Independent from Cook who chairs the Senate committee focused on bonding.