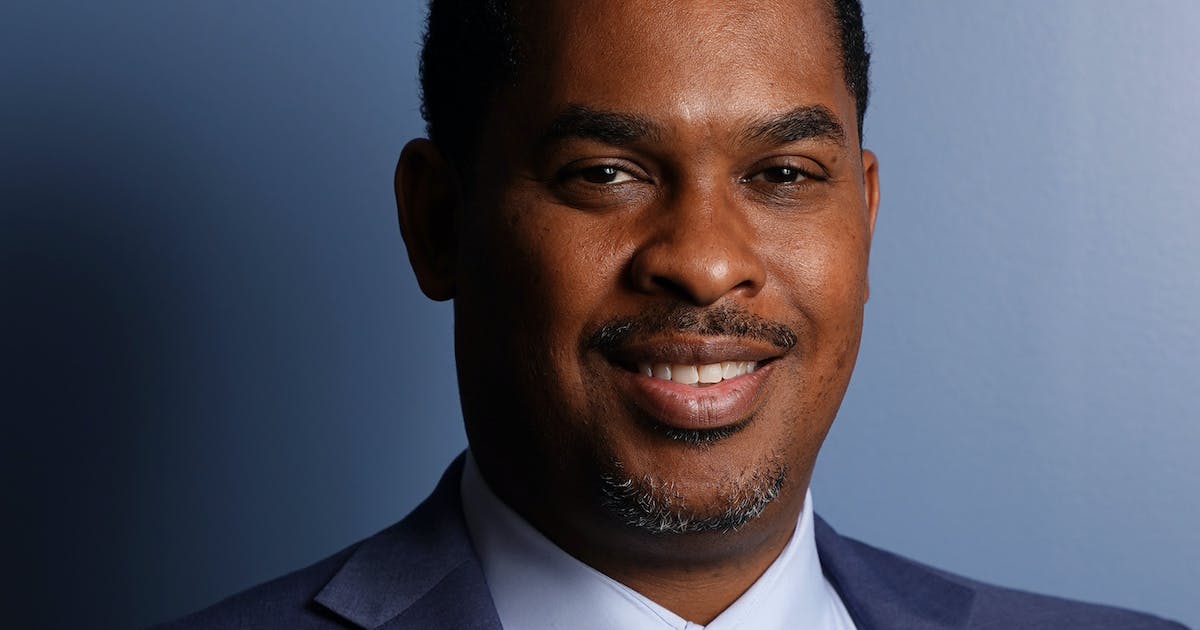 Bloomington Police Chief Booker Hodges was sworn in to office Monday evening at the City Council meeting. The former assistant Minnesota Public Safety commissioner spoke earlier in the day with the Star Tribune about his career and childhood experiences, the state’s historic number of Black chiefs and a self-care routine that includes really loud music. The interview has been edited for length and clarity.

Q: You’re open about surviving domestic violence and losing your mother to head trauma when you were just 12. How do you think that experience influences your work in law enforcement?

A: I think I’ve always had an intrinsic affinity to advocate for people who don’t have a voice, or people who haven’t been represented. My mom really didn’t have a voice, and there are so many people that are out there like her, and it shaped how I view this profession. We have to focus on victims.

But I never did want to be a cop growing up. My dad disliked police officers. When she died, they were debating whether they were going to arrest my dad for murder. And they were in my kitchen and they said, “Well, why would we do that? We’d just put two more N-word kids in foster care.”

I think God just called me to do this. It’s hard to explain how I got here.

Q: There have been few Black chiefs in Minnesota — around a dozen and no more than five at once, as you know from your work with the National Organization of Black Law Enforcement Officers. How do we get more Black leaders in law enforcement?

A: It all starts at the feeder level. Right now, I think we’re at less than 200 Black officers in Minnesota. So if you don’t have Black police officers, it’s going to be pretty hard to get Black chiefs.

And it’s incumbent upon us to really start getting these departments to reflect the communities that we serve. Cops want that because they know it makes everybody’s job that much easier.

I think we might be at a record. If Virgil Green gets appointed in Golden Valley, then we will be at six African American chiefs in the state.

Q: How has the past three years at the Department of Public Safety changed your view of policing? And will you take on being Bloomington chief differently than Prior Lake chief?

A: I’ve always believed that law enforcement is the most noble profession on the face of the earth. So that part hasn’t for me changed; if anything, the three years at the state has just helped reinforce that.

In terms of what I did at Prior Lake, I really don’t have any plans to change. I mean, it’s worked. Officer wellness, mental health checks — Bloomington, they’re already doing some of that. We did change our mission, vision and values to basically respect. If we are the most respectful department, we will be the most respected department in the country.

Q: You have said people look at Minnesota as the worst law enforcement state in the country. How does the profession move forward, especially since the murder of George Floyd there have been other high-profile police killings.

A: I do want to clear this up: people outside of Minnesota believe that about our law enforcement because of some of the high-profile incidents. But I personally believe that couldn’t be further from the truth.

These high-profile instants, they’re not reflective of the general profession in my opinion. I say this because growing up as a kid in north Minneapolis, every time on TV, everybody that committed a crime looked like me and I knew I wasn’t a criminal. I knew that was not reflective of the people who had my skin color. That’s the same philosophy that I apply to law enforcement.

Q: How do you care for and maintain your well-being in such a trying profession?

A: If you ever come in my office, you’ll see I got a Bible on my desk. I’m a believer in Christ, so that’s my foundation. Otherwise I journal a lot, I like watching my kids play sports and on the side, I like to listen to electronic dance music really loud. I’m an EDM [electronic dance music] fan. SIMshows is the big promoter here so I go to some of their concerts at the Armory that they do. The last one Tiësto came here, I was at that one.