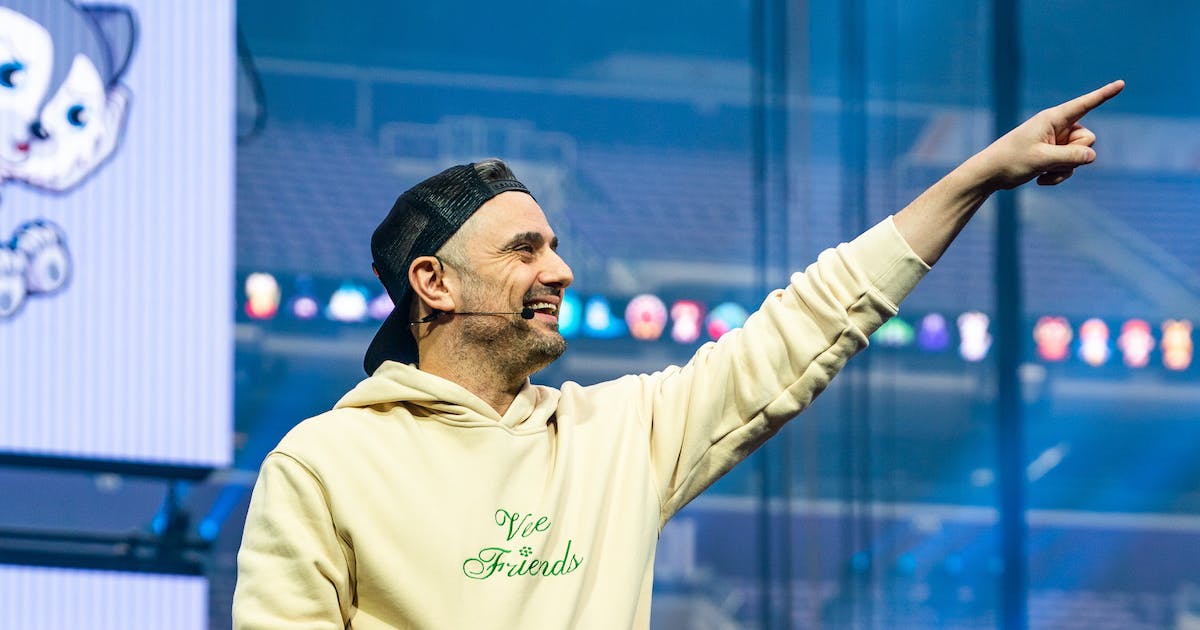 Nick Delmadi flew from his home in Australia to Minneapolis, just so he could meet his idol. Not Mila Kunis, Eva Longoria, Spike Lee or Snoop Dogg — all special guests at an inaugural conference in Minneapolis touting non-fungible tokens, or NFTs, as the Next Big Thing.

“Gary is the guy,” Delmadi said, standing in a more-than-hour-long line to meet Gary Vaynerchuk, chief guru of the VeeCon Conference, which drew more than 6,000 people from around the world to U.S. Bank Stadium this weekend.

NFTs are mostly used to buy digital art, ranging from classic photos to new animated characters. They exist only in digital form, and can be bought, sold and traded online. Like cryptocurrencies, with which they share certain similarities but also some differences, NFTs have generated both intense interest and skepticism.

“I just want to thank him face to face,” said Delmadi, who credits his success selling toys to advice from Vaynerchuk’s podcasts and social media posts.

“Along with a handful of high-profile scams, there has been a black cloud over the NFT market,” Dan Ives, a tech analyst at investment firm Wedbush Securities, told CBS News’s Moneywatch in March. “Some bad actors have clearly taken the bloom off the rose.”

According to the website NonFungible, NFT sales have plummeted 92% since last September. An NFT of Twitter founder Jack Dorsey’s first tweet sold for $2.9 million last year. In an auction this past April, the highest bid was $280.

But skeptics were nowhere to be found at U.S. Bank Stadium, where Vaynerchuk, in a hoodie and backward baseball cap, blended right into this hyped-up crowd. Known to his fans as Gary Vee, he delivered the keynote address that channeled motivational speaker Tony Robbins more than Steve Jobs.

“If one person has a better life because of you, that’s the most intoxicating feeling you can have,” he said, chomping gum as he whipped up the crowd.

A Belarus native, Vaynerchuk made his initial fortune in the wine business and later became an early investor in Facebook and Twitter. Forbes has named him one of the world’s top tech influencers. His move into the NFT market was accompanied by the founding of a company, VeeFriends, and with VeeCon he enlisted a roster of high-profile speakers to convince the interested of the investment opportunity around NFTs.

“The world is full of why. if you want to get something done, you surround yourself with why, not people,” Kevin Smith, the film director who made “Clerks” and “Mallrats,” told attendees. Smith said he’s using NFTs to push his upcoming horror anthology series, “KillRoy Was Here.”

“There’s never an end to critics. They’re always sniping from the sidelines,” Smith said in an obscenity-laced speech, barely pausing to take a breath. “But I do what I always do. I close my eyes and dive in. Sometimes it works out and you make it big. This seems like a place I want to play in.”

Lee, the Oscar-winning director of films like “Do the Right Thing” and “BlacKkKlansman,” doesn’t use cryptocurrency. (He joked backstage he can’t even turn on a TV without help from his kids.) But Lee, 65, said he’s intrigued enough by NFTs that he agreed to curate a line of NFTs featuring Mars Blackmon, the breakout character from his 1986 feature film debut, “She’s Gotta Have It.”

“Look, I got nothing but love for him,” Lee said of Vaynerchuk. “This is America. What did P.T. Barnum do back in the day?”

Lee had a story about another investment opportunity that initially seemed like a longshot. He was walking on Martha’s Vineyard to get a lobster roll, he said, when someone approached him to show off a new product. Lee looked in the trunk of the stranger’s car and wasn’t impressed. He passed.

That product, Lee said, turned out to be Crocs.

VeeCon offered plenty of enjoyable distractions for those not sold on the get-rich-quick opportunities. On stage before the crowd, Lee, decked out in purple, gabbed about his friendship with Prince, and the time the Minneapolis rocker mailed him a guitar.

At the opening party, the whiff of weed mixed with the smell of paint fumes from a free-for-all art tent. Vendors offered samples of sunflower seeds, beef jerky and popsicles from brands you would struggle to find at Trader Joe’s. Bean-bag tosses were everywhere.