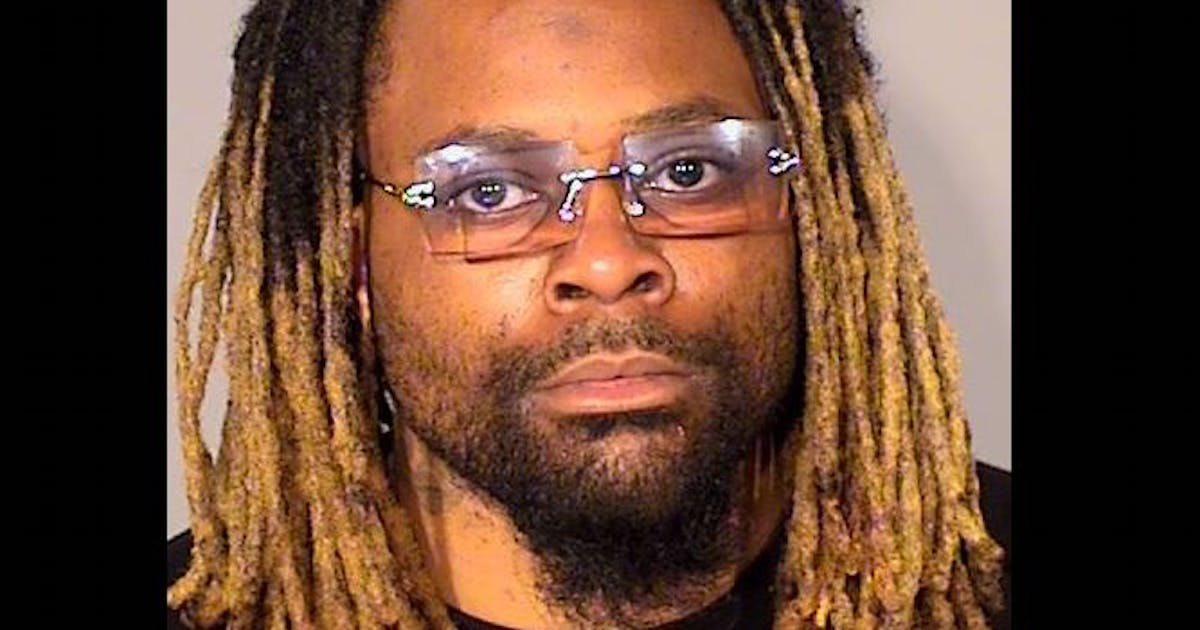 A 35-year-old man was carjacked in downtown Minneapolis by three men, beaten and forced to withdraw $3,000 from his bank account while being held captive for several hours, while one of his assailants died of an apparent overdose during the act, according to charges filed Wednesday.

Desmond D. Graham, 31, of Minneapolis was jailed Monday and charged in Hennepin County District Court with kidnapping, first-degree robbery, assault and ATM card fraud in connection with the ordeal that began on March 10 and ended well into the next day, when the victim fled into Cup Foods at S. Chicago Avenue and E. 38th Street.

Another suspect, 45-year-old Larry Mosby, overdosed while using fentanyl during the kidnapping, lapsed into unconsciousness and died, the charges read.

Graham poured gasoline on Mosby and lit him on fire in a shuttered gas station across from Cup Foods, according to the charges. The Medical Examiner’s Office said it has yet to determine the official cause and manner of Mosby’s death.

The vehicle owner suffered a broken nose, cuts and bruises to his face, hemorrhaging to his eyes and other superficial injuries.

At the time of the carjacking, Graham was out on bail after being charged with twice robbing a cellphone store on Rice Street in St. Paul, once on Feb. 3 of cellphones and again on March 2, when he made off with cash. Graham’s criminal history in Minnesota includes two first-degree robbery convictions, from 2010 and 2012.

Graham has a court appearance scheduled for Thursday. Court records do not list an attorney for him.

According to Wednesday’s criminal complaint:

The man told police he was downtown to meet a co-worker sometime during the evening when he heard a strange sound coming from his car, pulled over and got out.

Graham, Mosby and a third person not identified in the charges forced the man into the backseat of his car and drove to the gas station at 38th and Chicago, the intersection where George Floyd died under police officer Derek Chauvin’s knee in May 2020.

While in the gas station, the three accomplices demanded money from the man. He said he had none, and they responded by hitting him with a hammer and a screwdriver. The man ran but was dragged back inside and bound to a piece of furniture. Mosby kicked and punched the man as Graham watched.

Fearing he’d be killed if he didn’t come up with money, the man provided his captors with online and debit card access to his bank account.

About 1:25 the next morning, a $1,000 ATM withdrawal was made from the man’s account near Lake Street and Nicollet Avenue by the unnamed suspect.

About 2:45 a.m., Mosby stayed behind with the man inside the gas station while Graham drove the victim’s car to an ATM in the 3400 block of S. Nicollet Avenue and withdrew another $1,000 from the victim’s account and returned.

“After some time,” the charges read, Graham and Mosby forced the man back into his car, and they drove to a nearby bank.

Mosby went inside with the man, who had on a hat and mask to conceal his fresh injuries from others in the bank, and withdrew another $1,000. Mosby had promised to free him in exchange for the withdrawal, but did not.

Graham and Mosby drove around the city using narcotics while still holding the man captive until Mosby fell unconscious.

They returned to the gas station, where Graham poured alcohol on Mosby “and lit him on fire to try to wake him up,” the charges read.

Graham and the man left the gas station and walked toward the victim’s car. As Graham looked for the keys, the man ran into the Cup Foods, where employees called 911.

The man identified photos of Graham and Mosby as two of the men responsible.

Graham was arrested Tuesday, denied the allegations and gave various accounts to police of his actions over the two-day period. He said he used to work at Cup Foods until he was fired and knew that Mosby hung out at the dormant gas station.

When officers left the interview room, Graham ripped a panic button and thermostat off the wall, believing they were cameras. He then crushed a pill and snorted it.