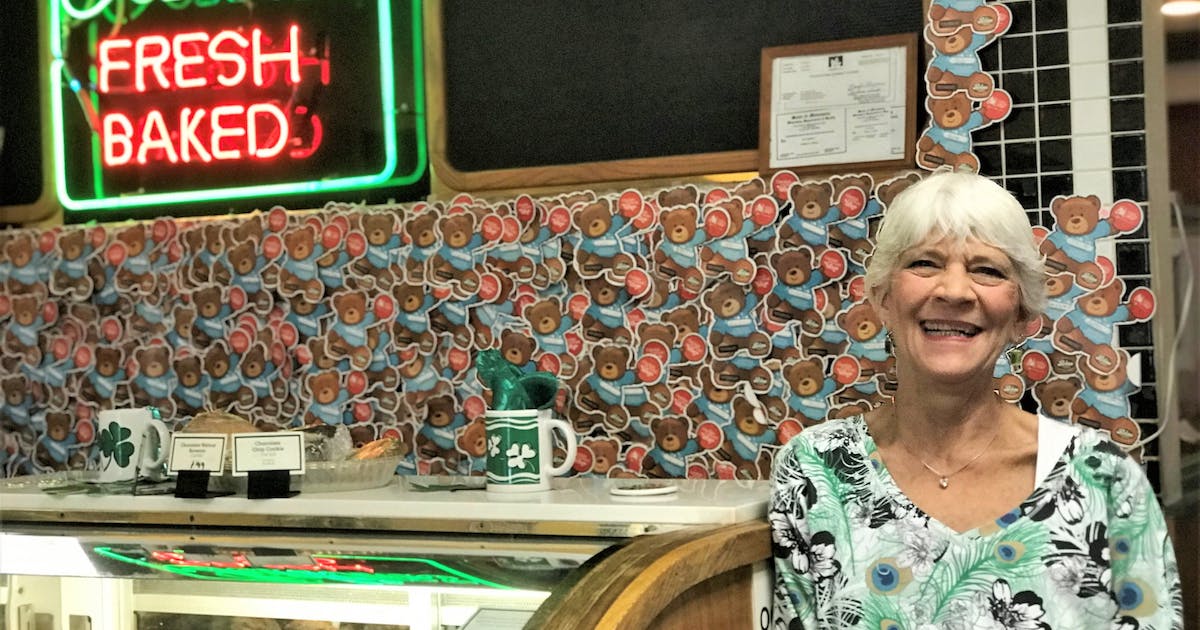 If it’s Thursday, that’s the men’s Bible study group from Our Redeemer Lutheran in one corner of the dining room, gathered for oatmeal and fellowship as they have for the past 30 years.

A few tables up, the Lions Club officers are deep in discussion. Across the restaurant, the former mayor of St. Paul slides into a booth with his family and studies a menu they probably all know by heart.

Debra Pedro knows them all. She made this place. Now, on the restaurant’s last weekend, she’s letting it go.

If you’ve lived or worked or worshiped on St. Paul’s East Side, odds are you’ve found your way here — to the Maplewood Perkins. Maybe you found your way back again and again until they greet you by name and steer you toward your favorite booth and know what you’re going to order before you order it.

Maybe there’s a picture of you hanging in the lobby, grinning over a plate of bacon and eggs. The photos are the only things Pedro plans to bring home when she retires next week.

In the last days of the Maplewood Perkins, her regulars returned to share a few meals and memories.

“This place has been an anchor for the community,” said former St. Paul Mayor Randy Kelly, sitting at a booth with his wife, Kathy, and son Ryan. Pedro slid in beside them to chat. Their kids played hockey together.

For decades, Sundays for the Kelly family started at Presentation of the Blessed Virgin Mary Catholic Church and then led directly to Perkins with grandma.

Years later, Ryan Kelly would treat his grandmother to a fancy dinner at Manny’s Steakhouse in Minneapolis.

“It was wonderful,” he remembers her telling him. “But the coffee just wasn’t as good as Perkins.”

Pedro started at Perkins in 1980 — a part-time waitress with five kids at home. She worked her way up to manager and by 2002, she owned the place.

“She started out with nothing but grit and determination,” Kelly said. “She has lived the American dream.”

But Pedro is 68 now. She worked hard for decades, and even harder through the past two years of lockdowns, worker shortages, supply chain snarls and the skyrocketing price of food.

She’s ready to relax on her front deck with a cup of coffee brewed just for her. She has a newborn granddaughter to get to know. She just booked a two-week vacation to somewhere warm and sunny.

“I am looking so forward to not setting my alarm clock,” Pedro said with an enormous smile. “I am just going to get up, have my coffee and just sit.”

That’s the plan for now, at least. “I’m not sure how long that will last,” she admitted. She doesn’t want to not work. She wants to work on the things she enjoys, like community projects around the East Side with her beloved Lion’s Club; or one-on-one time with each of her 13 grandchildren.

The last days at Deb’s place looked very much like the thousands of days that had come before.

Nichols knows all her regulars, where they sit, when they’re coming, and what they’re likely to order when they do. Before she leaves on Wednesday night, she gets everything ready for the Thursday morning Bible study group, because she knows they like to arrive early. She knows when the bridge players are going to start dealing at the back tables. She knows the preferred after-church tables of every parish for miles. She knows the longtime group of friends — the Girls, everyone calls them — who have gathered here on the third Friday of the month, for decades. When the pandemic shut the dining room, the Girls pulled their cars together in the parking lot and ordered takeout.

She bakes cakes for her regulars on their birthdays. On her birthday, they call her up and sing.

“This place is definitely more like family than work,” she said. For some of her customers, she knows, “I may be the only person they talk to all day — and I don’t take that lightly.”

In their usual corner, the Bible study group from Our Redeemer Lutheran pondered the end of a Thursday morning tradition that stretches back to 1990.

“Deb and some of the servers are like our family,” said Dennis Peterson, his Bible resting on the table beside him. “They’ve always been so welcoming and so friendly.”

For decades, they’ve gathered at the same tables, for the same breakfast orders, and the same morning greetings from Victoria.

Every week, she asks Roger Svendsen if he knows what he’s ordering.

“Yup,” he says every week. She brings him his oatmeal.

“I brought my wife here one morning for breakfast and on the way home, she turns to me and says ‘How well do you know her?’ ” Svendsen said, laughing.

They know the oatmeal will be good here. Just like they know no one will try to shoo them out if they linger, sharing breakfast and fellowship for hours on a Thursday afternoon.

What they don’t know is where Our Redeemer’s Bible study group will meet on Thursday mornings from now on.