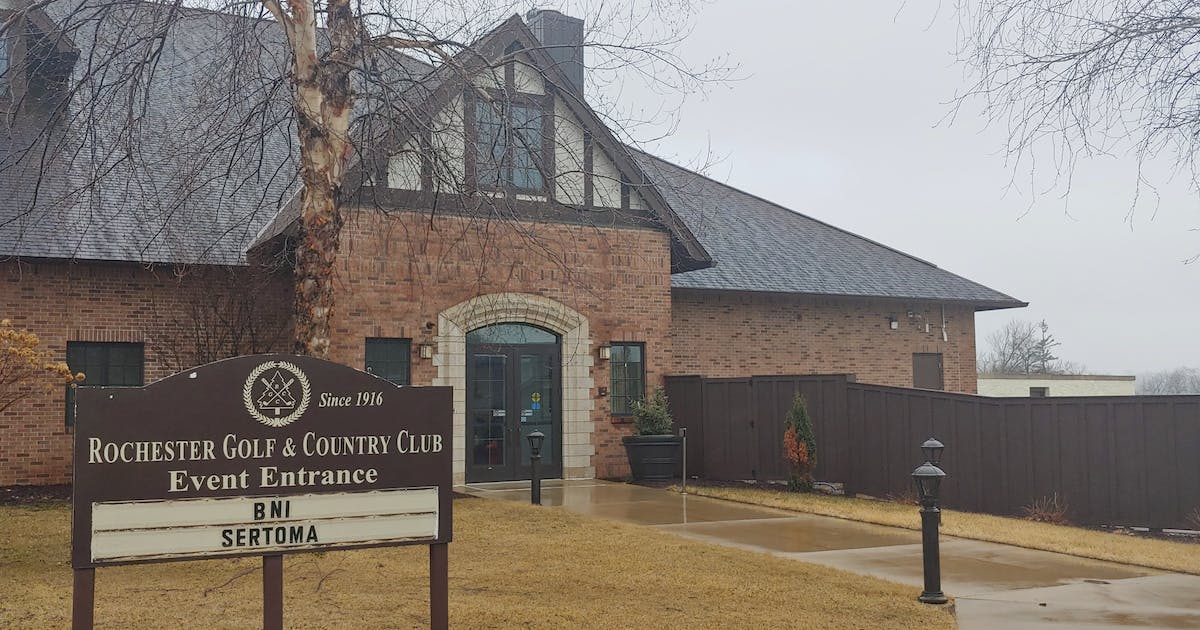 Nearly 50 attendees at a luncheon on public safety sponsored by Center of the American Experiment (CAE) last month were left standing in the parking lot when the club shut down the event, the center said. Now the cancellation is the focus of a lawsuit for breach of contract filed by the organization against the country club in Olmsted County District Court.

The club “arbitrarily and capriciously” canceled the luncheon after members circulated a petition against it, CAE said in court documents, causing it “severe reputational harm.”

CAE also is suing Erin Nystrom, a club member who created the petition, for interference with a contract. Nystrom said it’s ironic that the same group complaining about being silenced is trying to punish her for expressing her own views.

“The suggestion that I don’t have the right to petition — the hypocrisy is too much,” she said. “The irony is, when I use my freedom of speech to petition my country club and ask them to cancel the event I am met with a $50,000 lawsuit for perceived damages to CAE.”

In a statement, CAE said its event was canceled “after leftist activists pressured the venue with an online petition signed by 90 people.”

“It’s too bad the Rochester Country Club couldn’t stand up for free speech … and stay true to their contract,” CAE President John Hinderaker said. “The people of Olmsted County were denied the chance to hear from a great panel of experts on a really important topic. But free speech will ultimately prevail. We will reschedule the event in Rochester at a different venue as soon as possible.”

In a statement, the country club said it canceled the event “because it generated controversy among Club members.” By shutting down the event, the club “was not picking sides or endorsing any political position,” it said in a court filing. “[The club] was putting its membership before politics.”

In a legal filing, the club included a news story about protesters gathered outside a CAE program in Duluth last summer on critical race theory. The protest, the club said, illustrated the “divisive nature” of CAE’s programs.

Furthermore, the club said, its standard event contract gives the club the right, “at its sole discretion, to refuse to allow the use of Club facilities for any proposed event.”

In its civil complaint, CAE claims that the club reneged on a valid contract “based on its ulterior motive of mollifying a radical mob.” In addition to the harm to its reputation, the center said, it incurred significant expenses in planning the event.

Nystrom said the center is using the cancellation to whip up emotions among its supporters. Nystrom and her husband own a Rochester restaurant, and she said her business and her family have been repeatedly attacked on social media by CAE supporters.

“Yeah, we started the petition,” she said. “But now they’re using this as a jumping-off point for something that is horrible and toxic.”