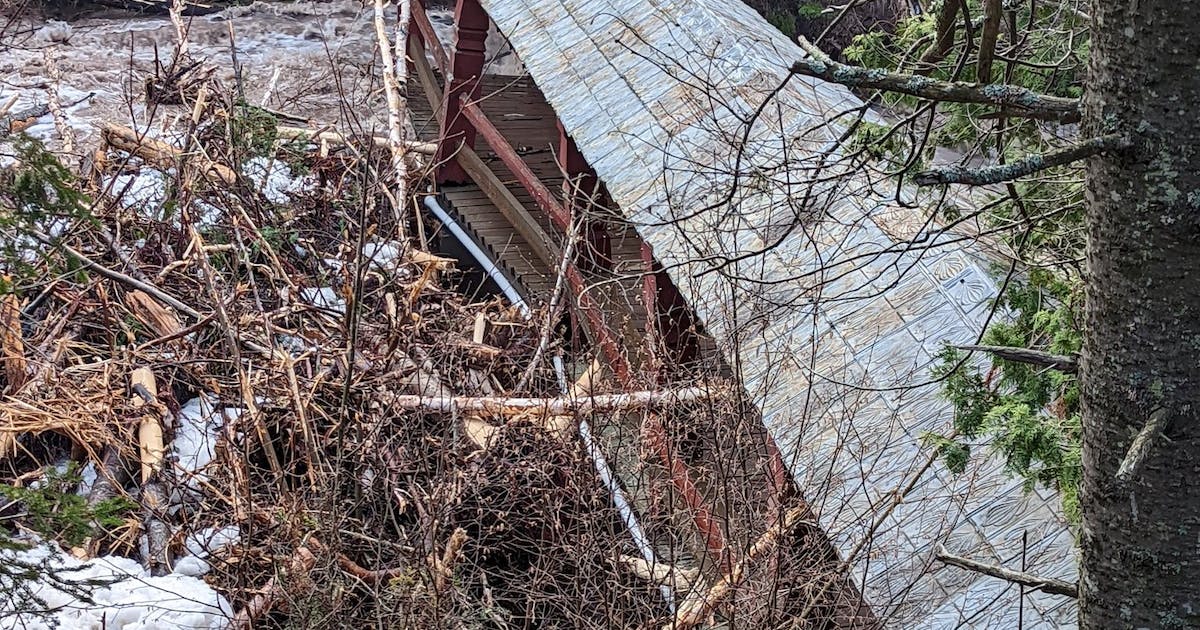 On Friday, the Poplar River, swollen from rain and snowmelt, surged toward Lake Superior, destroying three Lutsen Mountain bridges and damaging the covered bridges at the 137-year-old resort.

Full-size old-growth pine and spruce were swept down the river and smashed into the covered bridges. But the bridges are fixable, and “will be saved at all costs,” Lutsen Resort president Bryce Campbell said in a statement.

The bridges have been severely damaged, he said, but enough infrastructure remains to salvage them. “There is no doubt that these bridges were well built. We’ve seen highway bridges wash out from less force. … It’s a testament that these bridges are here to stay and remain a permanent part of Lutsen’s history.”

Three bridges on the Poplar that Lutsen Resort uses to access ski runs were destroyed. General manager Jim Vick said the extent of the damage wasn’t clear until Monday when the water receded.

“It was a sight to behold, a 100-year flood,” he said. “Aside from the destruction, which is disappointing, the power of it is pretty remarkable.”

A few inches of rain combined with several feet of late-season inland snowmelt to create surging rivers in St. Louis, Lake and Cook counties strong enough to close roads, state parks and trails. The Minnesota Department of Natural Resources on Friday warned visitors of dangerous high-water conditions and flooding, closing several popular parks and campgrounds, including Gooseberry Falls and Temperance River. The Minnesota Transportation Department was monitoring Highway 61 because of the high flow under the Cascade River bridge but did not shut down the heavily traveled North Shore artery.

A flood warning for the region has been lifted but some state park trails, like the one to High Falls at Tettegouche, remain closed.

The St. Louis County Board will hold an emergency meeting Tuesday to vote on declaring a local state of emergency. Peak waters levels are predicted at multiple waterways in the next two weeks, according to chair Paul McDonald. Those include Lake Kabetogama and Lake Vermilion.