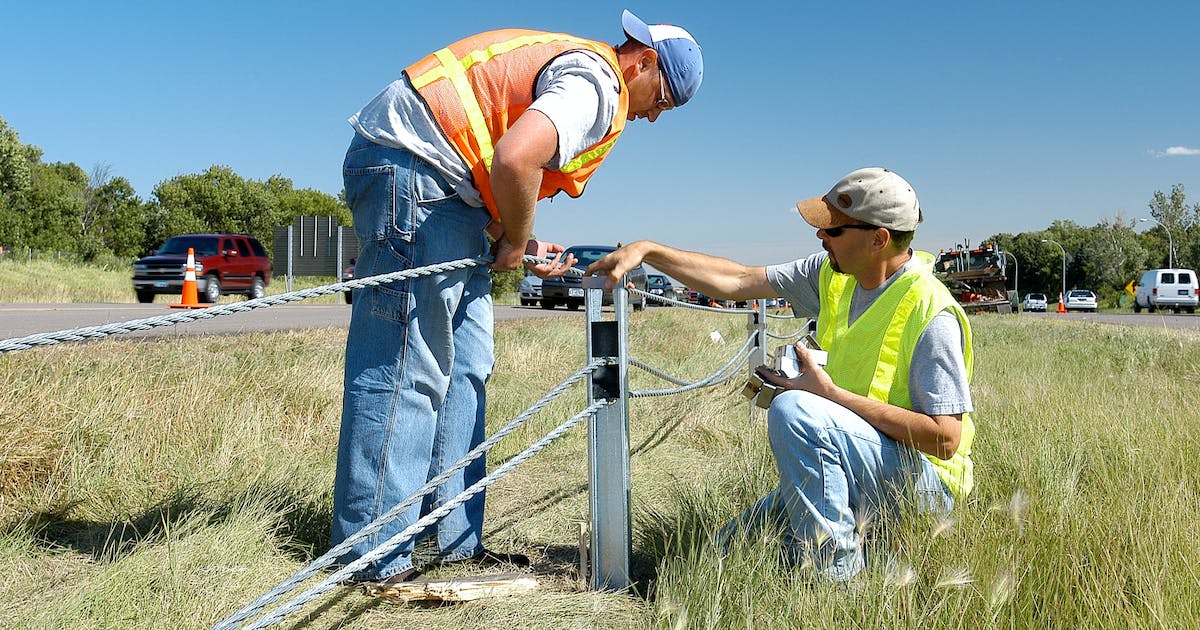 The Minnesota Department of Transportation has been installing cable barriers along highways and freeways for the past 18 years to prevent motorists from crossing the median and colliding with oncoming traffic.

This month, crews are installing barriers made of three or four steel cables strung on posts on Snelling Avenue between County Road C and Interstate 694. With 81 crashes over the past five years, including 10 in which an out-of-control vehicle crossed the median and struck an oncoming motorist, Snelling was put at the top of the list for the safety treatment.

“We try to look at areas the median barrier will prevent deadly or very serious crashes,” said Kent Barnard, a MnDOT spokesman.

The crashes on Snelling between 2017 and 2021 mainly resulted in property damage, MnDOT data shows. But with so many crashes, the idea is to prevent anything more serious from happening.

“There is a lot of speeding by drivers going from eastbound 694 to southbound Snelling,” Barnard said. “It’s why we decided to put barriers on Snelling.”

As part of the $927,000 project, MnDOT is also lengthening turn lanes to add more room for vehicles to line up at Lydia Avenue and County roads C2 and C.

Here is how the barriers work: When a vehicle hits the barrier, the posts break and the cables flex, absorbing much of a crash’s kinetic energy. This redirects the vehicle along the median, preventing a cross-median crash.

“A concrete barrier can repel a vehicle back into traffic, so [cable barriers] are more forgiving,” Barnard said.

Cable median barriers are also much cheaper to put in than their concrete counterparts. It costs $400,000 to $500,000 per mile to build a concrete barrier and only half that to install a cable barrier, according to MnDOT.

MnDOT officials say the safety mechanism can reduce fatal crashes by 90% to 95% and have saved about 80 lives statewide since first being introduced here.

Cable median barriers were first used on I-94 between Rogers and Maple Grove in 2004. Since then, they have been installed on hundreds of miles of grassy medians in highly traveled areas where cross-over crashes have or could potentially occur.

This year the network will grow as MnDOT installs them on Hwy. 212 in the vicinity of County Road 36 in Cologne, along Hwy. 52 between County Road 86 in Hampton and County Road 42 Rosemount, on Hwy. 169 between West River Road in Champlin and 85th Avenue in Brooklyn Park, and on eight miles of Hwy. 169 between Blakely Township and Belle Plaine.

Blaine residents and commuters who use Hwy. 65 in the north metro can learn about the status of plans to improve the traffic-choked corridor during a live virtual town hall May 19 on the city’s Facebook page.

The 7 p.m. event will feature soon-to-be-released designs looking at the future of the road and touch on traffic safety issues and other local road construction projects.