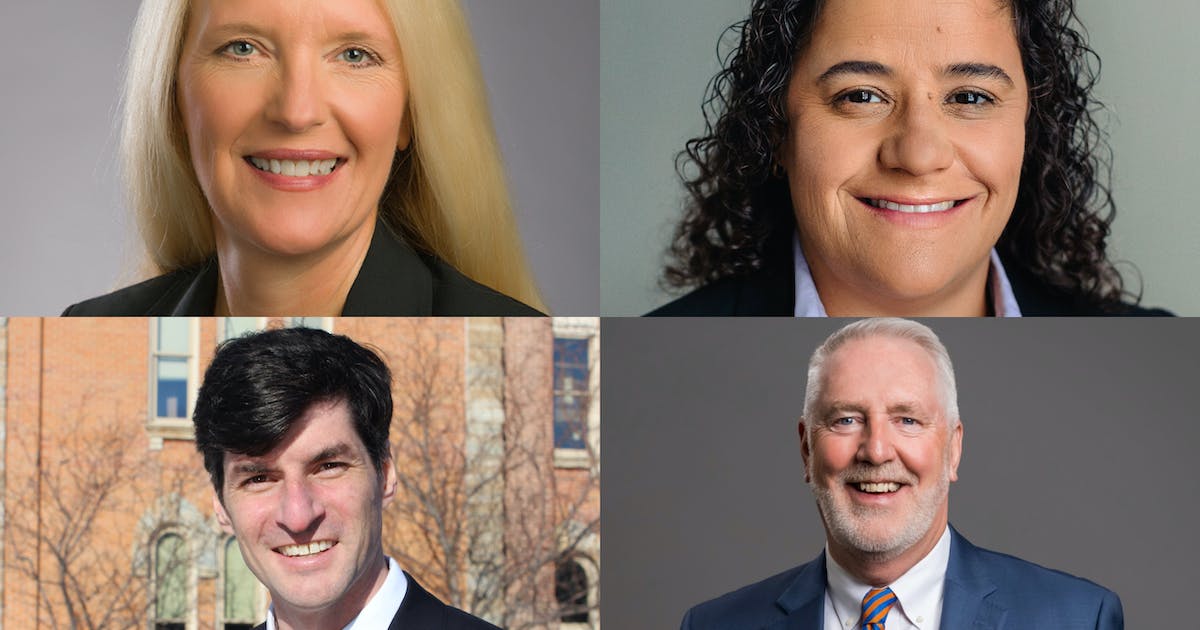 Four candidates are vying to be Dakota County Attorney, an office held by the same person for more than three decades before a new face was appointed last year.

Dakota County Attorney James Backstrom retired for health reasons in February 2021 after serving eight terms and the Dakota County Board appointed Kathy Keena to replace him. Keena will face off against three candidates — Elizabeth Lamin, Matt Little and Jeff Sheridan .

The Dakota County Attorney’s Office has 107 employees and a budget of about $8.4 million. In 2021, the office charged 1,868 adult felony cases and 490 juvenile cases, including 105 that were felony-level.

A primary on Aug. 9 will whittle the field down to two candidates. The election is Nov. 8 and the four-year term will start Jan. 2, 2023.

All of the candidates have legal backgrounds, though beyond careers as attorneys, their job experience has varied.

“There’s no other candidate that can hold a candle to my experience,” Keena said.

“I view this job as the culmination, really, of my professional career,” Lamin said. “I’m running to really make lasting change.”

Matt Little served as a DFL state senator for one term and as Lakeville’s mayor for two terms. Since 2015, he’s had his own general practice law firm.

“I’m running to provide safety and justice for all and right now, Dakota County needs an experienced leader, not just a lawyer,” Little said.

Jeff Sheridan has 35 years of experience as a defense attorney and works at Sheridan and Dulas law firm in Eagan. He’s also contracted with Dakota County to provide public defender services in many kinds of cases, he said, including paternity cases, mental health civil commitments and criminal cases.

“I have defended many individuals and their families in their fights against basically the pointy end of everything that the county attorney’s office does,” he said.

Keena said her “key priority” as county attorney is to protect public safety by “prosecuting crime in a fair and just manner.”

She said she’s most proud of her work in adult prosecution on behalf of victims — she’s always able to build rapport with them, she said.

“I’m trauma-informed, very respectful, empathetic toward them,” she said. “A lot of it is my personality. … It’s not something that you can necessarily learn.”

She said immediate “pressure points” facing the office are the backlog of cases, post-pandemic, and the increased number of cases involving mental health and substance abuse disorders. The county is addressing mental health issues through several initiatives including embedded social workers in most city police departments and referring some 911 calls to a social services response team instead of police.

Lamin said she would bring a “fresh perspective” to the role and wants to use “compassionate justice” combined with evidence-based programs to stop the “revolving door” of criminals by dealing with issues underlying crime.

She believes we should prioritize prosecuting violent crimes but move away from criminalizing addiction and mental illness, she said.

“We need leadership on that issue,” he said. “You have to advocate for changes to the law that make people safer.”

Keena said the county attorney’s office doesn’t typically comment on local or national issues. The office sometimes discusses such issues internally, she said, though she stressed that the office is non-partisan and must be cautious about making political statements.

Little added that he will rebuild trust in the office through transparency and thinks residents have the right to know whether county programs, such as juvenile diversion programming, are working.

Sheridan said he “actually represents humans in the system,” which helps him understand the real-world consequences of what county attorneys do.

“The primary [change] would be shift in focus. This would no longer be about how many of my fellow Dakota County residents I could turn into convicted felons,” he said.

If we can “end the stories in a positive way,” he said, “we actually start to achieve what everybody’s after, which is public safety.”

Lamin said the office is “battling burnout” and said she believes it’s important that the office is able to attract and retain top employees. Sheridan also mentioned a retention issue.

Keena, however, pushed back on that idea. She said the office had seen five attorneys leave in 2022 but that wasn’t unusual.

“They all left on really good terms,” she said, adding that attracting replacements for those roles hadn’t been difficult.

Dakota County began providing a veteran’s court in collaboration with Carver County in late 2021, Keena said, something the county hadn’t done before.

Dakota County was one of the only metro counties without such a court, Lamin said, adding that she began advocating for such a court when she was a candidate for Backstrom’s job. She said she would strengthen the court and make sure it followed best practices if elected.

In fact, all six other metro-area counties have veteran’s courts.

Little said he “disagrees with the decision to send our veterans” to the veteran’s court partnership run by Dakota and Carver counties and denied it was a partnership because of Dakota County’s limited involvement.

“I think we have the resources and the talent to take care of our veterans and give them a second chance right here in Dakota County,” he said.

Keena, however, said the effort was a partnership, since “she’s the attorney who appears” in that court and the mentors assigned to veterans are from the county.

“We are equally, actively involved,” she said of the two counties.