Dept. of Human Rights report on Minneapolis police: A decade of leadership failed in proper oversight 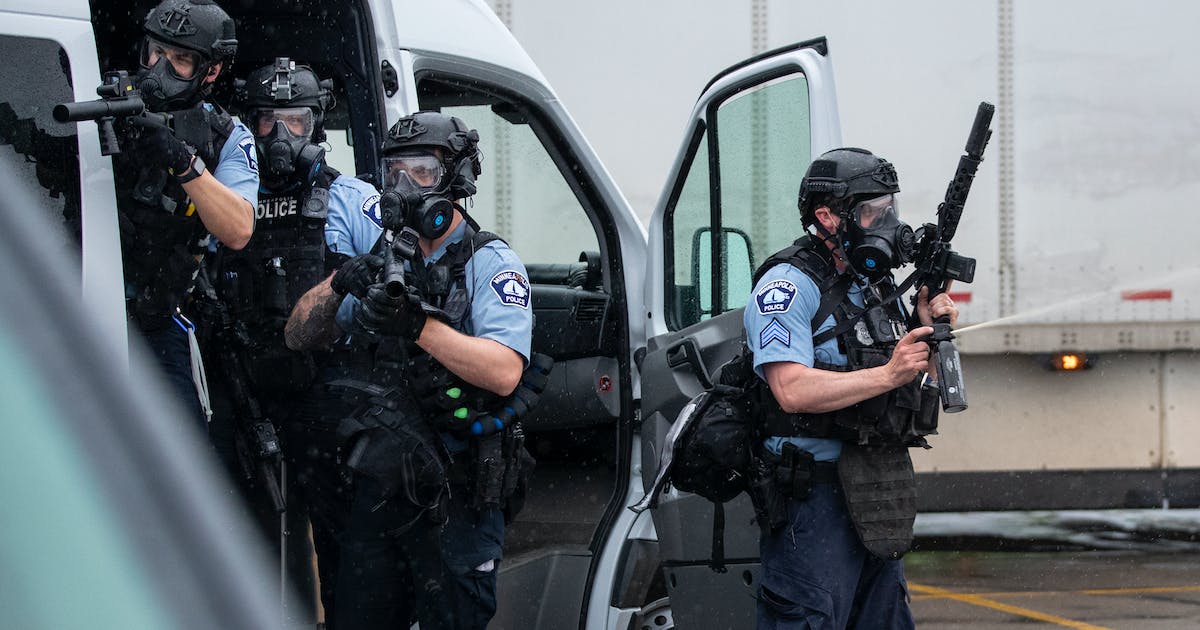 In the decade leading up to the murder of George Floyd, Minneapolis mayoral administrations failed to deliver on promises to reform the culture of the city’s police department.

Police chiefs allowed internal investigation findings to stack up, waiting more than 200 days in some cases to make decisions on officer discipline.

City and police leadership undermined their own reform efforts by “providing inaccurate or misleading information to the public,” sowing distrust with the communities they serve.

Last week, the Minnesota Department of Human Rights published these details among the findings of its two-year civil rights investigation into the Minneapolis Police Department. The 72-page report portrays how the shortcomings of political and MPD leadership allowed a culture of racist policing to flourish. It does not call out leaders by name, but the bulk of the report covers a 10-year period beginning in 2010, which includes the tenure of mayors R.T. Rybak, Betsy Hodges and Jacob Frey, three police chiefs and as many City Council iterations.

These leaders knew of systemic racism and lack of accountability in the department, but they collectively failed to act with the “urgency, coordination, and intentionality” necessary to fix it, the investigation found.

“In the vacuum of collective action from key City and MPD leaders, the organizational culture at MPD has existed unchecked,” the report said.

The report cites the city’s communication about the Feb. 2 killing of Amir Locke during a no-knock warrant search as an example of how misinformation harms reform efforts. City leaders had announced a new policy on no-knock warrants in 2020, giving the false impression that police had eliminated this practice entirely. Police later inaccurately referred to Locke as a “suspect” and released images “to further paint Mr. Locke as a suspect.”

Frey, who became mayor in 2018, acknowledged this week that “there have been so many instances in the past where investigation has been conducted, findings have been had, recommendations have been given and then the action ultimately fell short.”

“This time it needs to be different,” said Frey, who twice campaigned on promises of police reform.

Rybak said it “weighs heavily” on him that he failed to change the culture of the department while in office.

“We’ve known for many years that there’s deep endemic racism in the Minneapolis Police Department,” said Rybak, who served as mayor from 2002-2014. “It’s one of the reasons I ran, and I tried hard to change that with four different chiefs and four reform agendas, but it wasn’t enough.”

Hodges, who pledged to change police culture in her 2014 to 2018 mayoral term, did not respond to messages.

The report cites interviews with unnamed “former and current Mayors, City officials, Police Chiefs and high-level MPD officials” who acknowledged there is “a problem with MPD’s organizational culture that results in racial disparities.”

One leader described the culture as “steeped in racism.” Another expressed a lack of surprise that “most excessive force complaints about MPD officers come from people of color and Indigenous people.” Some officers believe “Black people are ruining this [City],” remarked another leader.

While acknowledging evidence, leaders have deflected the blame for allowing this culture to persist, according to the report.

“Specifically, current and former Mayors and high-level City leaders claimed they did not have the necessary authority or political will and support to manage the police department. However, the Mayor has held this power for decades,” the report said. “Additionally, the City Council plays a crucial role by approving the City’s budget, including the budget for the police department.”

Among the report’s findings: city leaders failed to create a meaningful independent review process for investigating complaints of misconduct.

The city previously operated the Civilian Police Review Authority — an all-citizen panel that investigated and crafted determinations of discipline on officer complaints independent of the internal affairs unit. In 2012, amid critiques that then-Chief Tim Dolan undercut the civilian board’s power by ignoring their findings, the city shuttered the panel.

In its place, Minneapolis created the Office of Police Conduct Review, a panel of citizen and police appointees who review complaints. But the state report determined that “no meaningful independent review process exists for assessing MPD officers’ conduct.”

One high-level MPD official told human rights investigators that while the Office of Police Conduct Review may appear to be independent from police Internal Affairs, “in actuality, they are joint entities.”

“This MPD official explained that OPCR and Internal Affairs are ‘a house with two rooms,'” the report says.

Former City Council Member Don Samuels, who led the effort to replace the civilian review board, said the report shows the current system “didn’t have a lot of teeth.”

“I regret that it failed,” said Samuels, who is now running for Congress. “But I don’t regret that we tried.”

Dolan, who served as chief from 2006 to 2012, declined to be interviewed.
“It’s not my time anymore,” he said. “This is on the shoulders of today’s leaders.”

Janeé Harteau, chief from 2012 to 2017, and Medaria Arradondo, who retired earlier this year, did not respond to requests for interviews or could not be reached.

The report lists some examples of how elected officials and other city leaders have taken action to address racism within the police department.

In 2008, the city launched a juvenile diversion program aimed at decreasing the number of youth of color who enter the criminal justice system. In 2013, after police officers killed Terrance Franklin, the department began referring officer shooting cases to the state’s Bureau of Criminal Apprehension for an external review, instead of keeping the investigation in house. In 2016, the city rolled out body-worn cameras for officers in an effort to increase transparency.

But in practice, some reforms didn’t translate to meaningful change.

In 2019, Frey announced a prohibition on warrior-style training, which teaches officers to adopt a mind-set that threats are ever present. Yet the review found “much of MPD’s current trainings continue to embed this warrior mindset.”

“This mentality of ‘unquestioned compliance’ is endemic within MPD’s organizational culture,” the report found. Officers may be unwilling to intervene or even question veteran officers who use unnecessary force — a description that mirrors the criminal charges against three officers convicted of failing to intervene in Floyd’s killing.

MPD also updated its use-of-force policy multiple times since 2020 but “failed to implement and train on the updated policy in a meaningful way,” and some officers didn’t grasp the changes, the report says.

“Many officers reported MPD changes its policies frequently and that violating a policy is not a significant problem because MPD does not hold officers accountable when policies are violated,” the report said.

City leadership also failed to provide adequate mental health services for officers. The report cited dozens of officers who described “the mental toll of policing” and hoped that city leaders would offer them more mental health and wellness programs. One officer who was involved in a use of force incident involving a Black man felt “abandoned” by leadership.

Some skeptical of new promises

Some local activists said the report confirmed their long-standing belief that elected officials had the tools to change the police department but hadn’t taken adequate steps to do so.

Excuses that the police union contract or arbitration blocked reform efforts “have been straight-up lies,” said Sonja Western, a member of the Racial Justice Network.

“The mayor and MPD leadership have always had the tools for change, they just never had the political will for change,” Western said.

Samuels said he hopes the external report will “shock” the city into needed changes. “We needed an intervention, and thank God it’s here,” he said Samuels.

Frey said his administration is working to set up an early intervention system to flag officers who need help, to boost mental health programs, and to hire additional auditing staff. He hopes to hire a civilian who can develop a training curriculum that ensures “not just the policy change, but the practice, is solidified.”

Frey also said He wants one consent decree with “one set of clear standards.” His biggest hope, though, is to create a new community safety office that oversees police and other safety services — a pitch that would require support from the City Council.

“We need someone who is, on a daily basis, ensuring accountability and providing clear direction to police officers and the other divisions,” Frey said. “This is a heavy and extensive job and requires constant touchpoints.”

Rybak said the report reflects the need for the city to adopt Frey’s proposal for a public safety office to oversee police, and to create a system less dependent on the revolving leadership of elected officials.

“What I also believe is that right now all of us who have some piece of this puzzle need to find a way to put our egos aside, take the honest hit we deserve and get up off the mat and fix this thing that is so deeply broken,” said Rybak.