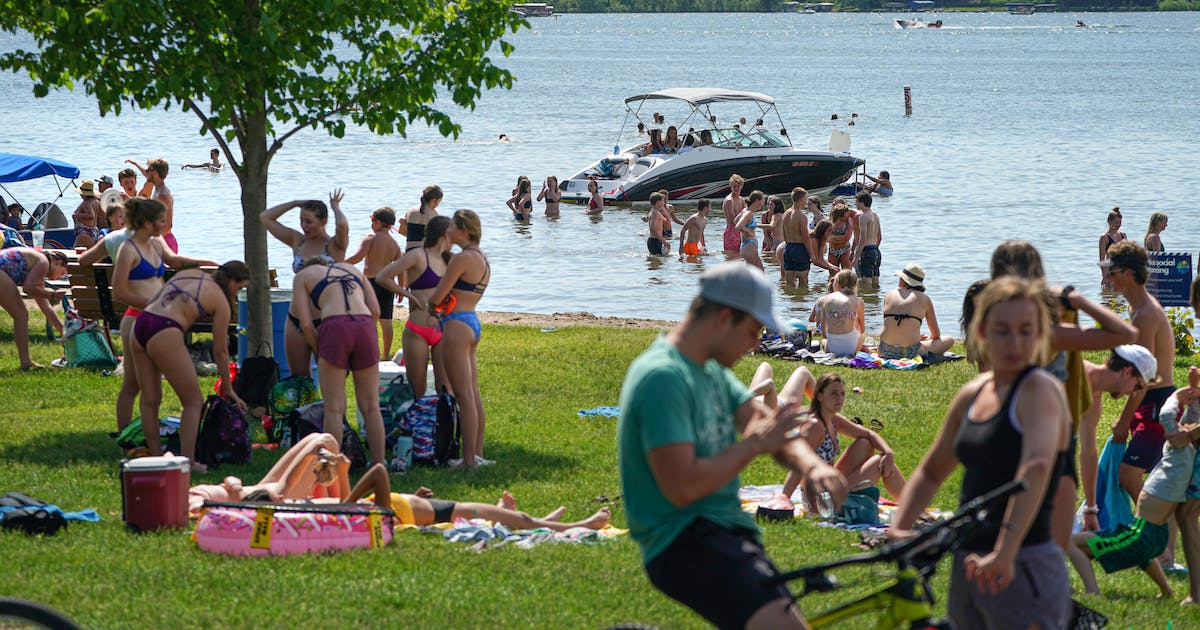 The Lakeville City Council is considering putting a restaurant at Antlers Park despite the concerns of neighbors and opposition from the city’s parks committee.

Estimates to build a 1,400-square-foot restaurant came in high at an April work session, ranging from about $800,000 to $1 million. As a result, council members asked city staffers to work with the architect to refine the estimate and clarify details, City Administrator Justin Miller said. An updated estimate for the restaurant shell with a patio came in at about $890,000.

The council “remains interested” in a restaurant, he said, and has received two “very cool” proposals. The council first floated the idea in January and plans to discuss it at its meeting Monday.

“Everybody has seen the success of Sea Salt at Minnehaha Park [in Minneapolis] and some other options,” Miller said. “The council felt like they were spending a lot of money on this park, let’s make sure we’re doing it right. Let’s make sure it has the kind of amenities … that will kind of have that ‘wow’ factor.”

Miller added that city officials haven’t yet determined how to pay for the restaurant shell.

Lakeville voters approved a $38 million parks bond referendum in 2021 to fund improvements at four parks and a new ice rink at Hasse Arena. About $11.5 million was earmarked for renovations at Antlers Park in the city’s southwest section, adding more parking, picnic shelters, a new playground, a volleyball court and a pavilion with restrooms and a meeting room.

But the city’s Parks, Recreation and Natural Resources Committee unanimously voted against putting a restaurant at Antlers Park and asked city officials to reject the idea.

“None of the discussion about Antlers around the park referendum involved a restaurant,” said committee member Megan Kelley. She said members don’t believe the park could support a restaurant.

According to a letter sent to city officials, committee members said the public hadn’t been consulted about a restaurant at the park or been given the chance to vote on it. They noted concerns about negative impacts on the park, including the availability of alcohol at the restaurant and increased traffic, noise and parking needs.

“We decided we didn’t understand why [the restaurant idea] was coming at this time,” Weberg said. “This is coming a little out of left field at the 11th hour.”

The City Council received responses from two restaurateurs on its request for proposals. Both said they would have the city build and own the shell of the restaurant, leaving them to outfit everything inside.

One of them, Eyes Wide Hospitality Group, proposed a sit-down restaurant concept featuring beer, wine and cocktails along with menu items like papaya salad, arepas and clams. The company owns more than 10 restaurants, including the Bourbon Butcher in Farmington and the Tequila Butcher in Chanhassen.

The other proposal, from Lakeville Brewing Company, is for a walk-up food and beverage counter that would sell burgers, fish tacos, beer and wine. The company has a brewpub in downtown Lakeville.

Both restaurants would share revenue with the city. Eyes Wide proposed eventually paying the city 7% to 9% — about $70,000 to $90,000 per year — of gross revenue, after paying less at the start.

Lakeville Brewing suggested paying 1% to 3% of gross revenue to the city for the first three years and 6.5% after that. That would net the city $24,270 at the start and $71,500 annually in year four and beyond.

Council Member Luke Hellier said most council members don’t want to use parks referendum funding on a restaurant at Antlers. He said the council wants to continue talking with neighbors who live on a nearby cul-de-sac while deciding whether a restaurant would be a good fit financially.

“This is uncharted territory for us,” he said.

Both Lakeville Brewing and Eyes Wide are “well-known and generous business owners,” Hellier said, adding that he personally thought the brewery’s walk-up restaurant would work better with the city’s long-term vision for the park.

The idea behind having a restaurant at Antlers Park, he said, dates to about 100 years to when the park was on the rail line from Minneapolis and city dwellers would visit the lake for fun. There was a bandshell and dance hall in addition to a restaurant, he said.

“We’re trying to honor the heritage of Antlers,” Hellier said.