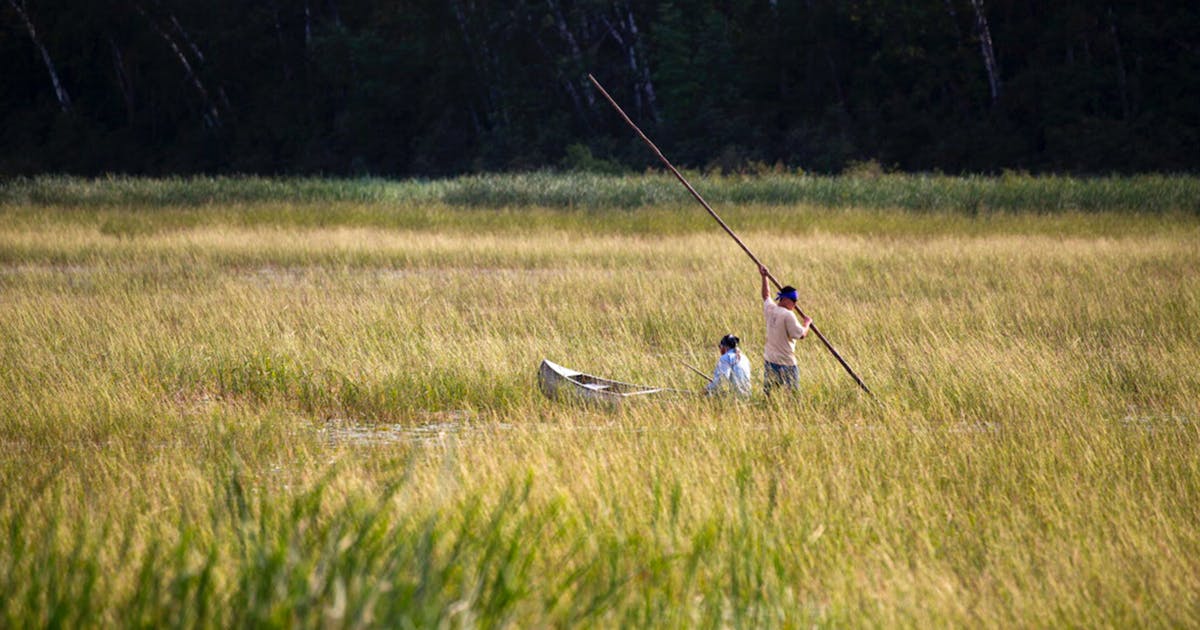 DULUTH — Should Native American blood continue to be a tribal citizenship requirement?

That’s the question facing the 34,000 adult citizens of the Minnesota Chippewa Tribe (MCT) who are being asked whether to amend a critical piece of the tribe’s controversial Constitution. It’s a document that dictates its citizenship, rights, elections and governing body that was forced upon them by the federal government more than 60 years ago.

The vote is decades in the making as tribal leaders studied the issue. Ballots are set to be mailed for what’s known as a blood quantum vote on June 14.

Since 1961, membership in the six-nation tribe requires a minimum of 25% Minnesota Chippewa Indian blood, or blood quantum, stemming back to 1941 membership rolls kept by the federal government. The requirement has had the effect of shrinking the tribe’s enrollment, with many children not considered members despite parents who are.

“We need to do something soon, as the end of the line is very near,” said Wayne Dupuis, a member of the Fond du Lac band who has worked on Constitution reform for more than 40 years. Dupuis’ three children were denied Fond du Lac citizenship nearly two decades ago because of the blood quantum rule. Dupuis said membership to the tribe should reflect its values and customs, not a calculation “determined by a law of diminishing returns.”

Not everyone agrees. Some worry already limited federal funds will have to be spread thinner or that more people taking advantage of treaty rights for wild ricing or hunting will make resources scarce.

When the blood rule was adopted in 1961, the Bureau of Indian Affairs equated Native Americans with “horses and dogs,” said Melanie Benjamin, chief executive and chair of the Mille Lacs Band of Ojibwe.

“We as tribal leaders have to make sure we correct all of these terrible policies that were intended to wipe us out as American Indian people,” Benjamin said.

Talk of removing the blood quantum criteria, as the Cherokee, Seminole and many other tribes have done, has swirled for decades. In recent years Minnesota Chippewa Tribe leaders, comprised of those from its six reservations, convened a group of delegates to study constitutional reform. The group recommended an initial vote meant to guide tribal leaders in the reform members want related to blood quantum, its biggest issue. A binding vote could follow.

Another question is on the ballot: Should the six reservations be allowed to determine their own citizenship requirements?

For some, the questions are complicated and wrapped in a history of the federal government’s quest to shrink the number of Native Americans while eradicating their cultures, issues of identity and inclusion, and practical matters like services and funding.

The vote signifies reclaiming control of what was “imposed on tribes by the federal government,” said Karen Diver, former chair of the Fond du Lac Band of Lake Superior Chippewa who also worked for the Obama administration on Native American issues.

“The ultimate exercise in tribal sovereignty is how you determine citizenship,” she said.

In the early part of the century, the legal ability of Ojibwe people to sell land was tied to blood quantum.

“Anthropologists performed physical examinations, including measuring heads and analyzing hair samples,” said Jill Doerfler, a University of Minnesota Duluth American Indian studies professor and author of a book on blood quantum. Doerfler grew up on the White Earth reservation and her mother is a citizen, but Doerfler herself doesn’t meet the blood requirement.

Those deemed by anthropologists to be Anishinaabe, or Chippewa, were listed on “blood rolls” that were accepted in U.S. courts, Doerfler said.

In the 1940s and 1950s, the Bureau of Indian Affairs pressured the MCT to adopt a blood quantum requirement for tribal enrollment. It was done with the hope that, over time, fewer people would meet the criteria and Native American nations would eventually disappear, relieving the U.S. of treaty obligations, Doerfler said.

Tribal leadership resisted a blood quantum, but eventually adopted it because of threats to terminate the tribe. Those on a membership roll from 1941 remained citizens, along with their children born before the 1961 change. Those born after needed to meet the 25% requirement. As a result, in a single family, some children were citizens and some were not.

“Blood quantum isn’t a real thing and really can’t be measured,” Doerfler said. “When people say the rolls are inaccurate, they are referring back to the physical methodology of determining blood quantum.”

About a decade ago the MCT asked St. Paul-based Wilder Research to study population projections using different scenarios. It concluded that under current enrollment criteria, each member nation and the tribe as a whole would experience “steep population declines” throughout the century, and a “substantial” number would be over age 65 toward the end.

Using lineal or direct descent criteria to enroll members, used before the 1961, enrollment among the six reservations would rise between 120,000 to 200,000 by the end of the century, the study says.

People think blood quantum identifies them, said Sally Fineday, a member of the Leech Lake Band of Ojibwe. “But once you are Ojibwe, you are always Ojibwe.”

Tribal citizenship is tied to treaty rights, including those for hunting, fishing and gathering, and some bands offer payments to members based on casino revenues. Some worry about how more citizens would affect resource availability or their portion of casino proceeds. Federal funding for certain types of health care or housing, for example, may also be spread thinner. Grant funding, however, which tribes increasingly rely on, could grow with more citizens.

It’s a “contentious” issue on the White Earth reservation, which has the largest membership of the six, said White Earth citizen Patty Straub.

“It’s difficult enough to receive some of these services,” she said, and some are worried that would worsen.

Still others see it as righting a wrong.

“We’re recognizing our children — because what parent doesn’t recognize their child as their child?” asked Cheryl Edwards, a Fond du Lac citizen working on reform.

The two things — access to resources and recognizing kin — shouldn’t be tied together, Diver said, but that’s how the government arranged it.

“Fundamentally, this ends up being about identity; the right to claim your identity and your community and your kinship,” she said. “But it doesn’t mean it won’t have practical day-to-day impacts and I think that’s what people are struggling with. If you take one away from the other it ends up being an easier question, but there is no way to do that.”

A time for change

Results of the vote will give tribal leaders direction, but it won’t necessarily dictate removal of the blood quantum requirement. Change could mean broadening the base of inclusion to all Chippewa, or lowering the quantum further.

But something needs to be done, said Cathy Chavers, chair of the Bois Forte Band of Chippewa and president of the MCT Tribal Executive Committee.

Because of differing opinions among the six reservations, it’s taken decades to get to this point, she said, and this vote — even in its advisory role — is “monumental.”

A potential citizenship amendment is only the beginning. Proposals for an amended Constitution will represent who the Chippewa are, their culture, vision and origin story.

“It won’t look anything like it looks today,” Edwards said of the Constitution, “never written by us or for us.”