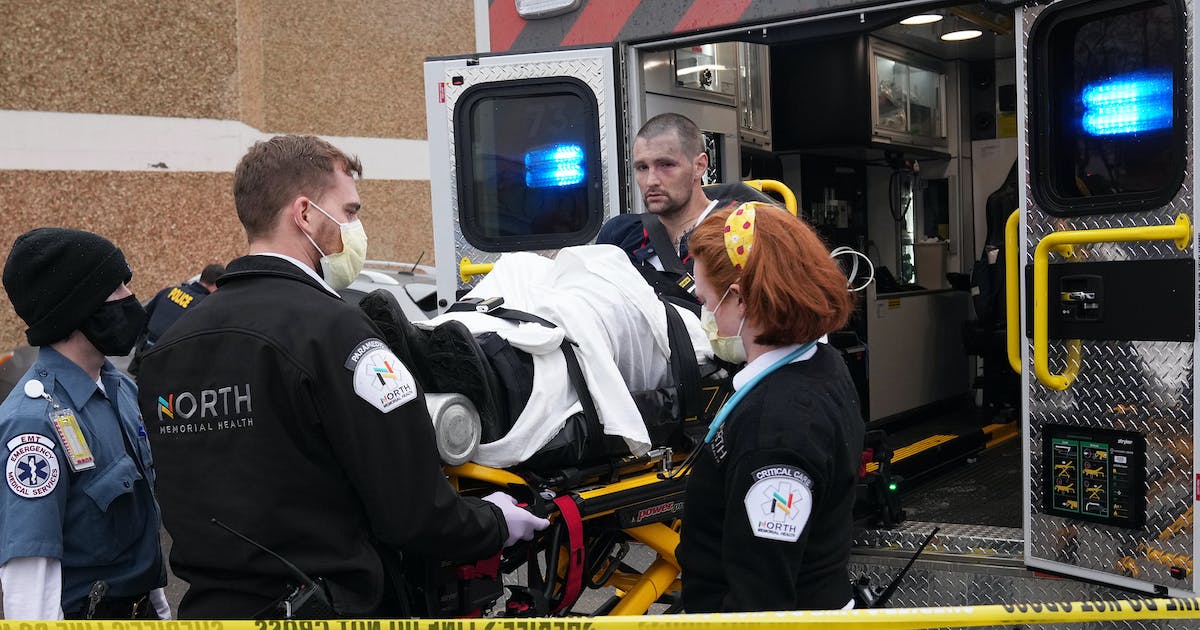 Contrasting visions for how to address Minnesota’s enduring violent crime wave are now on a collision course in the final weeks of the legislative session.

House DFLers and Democratic Gov. Tim Walz are looking to community-centered solutions while the Senate GOP plans to pass a public safety spending bill this week focusing on tougher penalties. The two competing packages on a top legislative priority for both parties will be hashed out at a time when the topic has prompted more partisan warfare than compromise.

“We come at this problem with two different philosophical approaches: I recognize we have an immediate violent crime problem in the state of Minnesota,” said state Sen. Warren Limmer, R-Maple Grove, lead sponsor of the Senate’s proposal, during a news conference this month. “We have a little extra money to devote toward protecting our citizens. This is not the time to build big, ivory-tower bureaucracies.”

Limmer rejected the DFL’s emphasis on nonprofit or community-led approaches to public safety, saying they lack safeguards to protect taxpayer dollars. The Senate is expected to vote on Limmer’s public safety package totaling about $200 million on Monday.

The House DFL’s public safety bill is wending its way through committees, its key architects quick to contrast their proposal with what the GOP wants to enact.

“This package that we put together recognizes that crime is real and that states with the most punitive approaches, similar to that being brought by the Senate GOP, have not shown those approaches to be successful,” said Rep. Cedrick Frazier, DFL-New Hope, one of the lead sponsors. “We can’t expect new results with the same old policies.”

Limmer’s counterpart in the House, DFL Rep. Carlos Mariani of St. Paul, is describing his $200 million public safety spending bill as a measure to “address the root causes of crime in a collaborative way to improve public safety everywhere in Minnesota.”

The Senate bill would increase penalties for carjacking and repeat offenders, provide incentives for police recruitment and retention and make changes in how sentencing is carried out in the state.

Limmer wants to remove the five-year limit imposed by the state Sentencing Guidelines Commission on probation sentences for violent crimes. He also is seeking to require county prosecutors to report back to the state when they dismiss charges.

The Senate bill would spend another $3 million on youth intervention programs to steer young people away from the criminal justice system.

On Sunday, the Star Tribune launched the first story of its occasional series, “Juvenile Injustice,” which chronicles the shortcomings of Minnesota’s juvenile justice system, resulting in a high recidivism rate, a lack of essential rehabilitative services and a convoluted patchwork of local laws that’s failing to intervene in the lives of troubled youth.

Three-quarters of the House package is aimed at community groups and hiring more police officers. It creates new grants to prevent juvenile crimes, intervene with at-risk youth, and to fund mental health and wellness plans. The DFL bill would ban solitary confinement of juveniles and fund a “youth conflict resolution center.”

Democrats are continuing a multi-year push for further police accountability reforms: They want to widen the civil statute of limitations for suing officers for wrongdoing and require that body camera footage from deadly police encounters be turned over to relatives within five days and to the public within two weeks.

The proposal includes the Clean Slate Act introduced last year that would create an automatic expungement process for certain petty misdemeanor and misdemeanor crimes. Legislation to ban no-knock warrants is moving through the House separately.

Walz is touring the state to tout his $300 million public safety spending proposal, which aligns with much of what the DFL House is trying to push through the Legislature with a heavy focus on community-based responses to crime. Announced in January, Walz billed his plan as a “comprehensive, modern approach to public safety that was built with every neighborhood in mind.”

Limmer said this month that his spending package did not involve community nonprofits because “right now we don’t have a long history of nonprofits carrying on that kind of work.”

“We have to establish a standard of accountability first before we start pouring tens of millions of dollars into the hands of people we don’t know can do the job,” Limmer said.

Walz appointees have expressed their objections to the Senate plan.

Corrections Commissioner Paul Schnell, in a letter to Limmer, wrote that the Senate bill is “heavily focused on simply adding more time to sentences” rather than spending on strategies to rehabilitate those who are imprisoned. Harrington said the plan fails to address “the fear of crime or the needs of communities but relies on increasing penalties on a variety of crimes and makes disjointed investments in one-off programs.”

The Minnesota Chiefs of Police and Minnesota Sheriffs associations, meanwhile, united to oppose much of what the House is proposing.

“While we acknowledge there is a role for innovative ‘community based’ approaches, this proposal [prioritizes] those at the expense of proven law enforcement strategies,” wrote Jeff Potts and William Hutton, directors for the respective groups, in a letter to House leadership this month. “When this bill does provide funding for personnel and tools, it attaches policy changes that our associations have testified against for the past three years.”

Justin Terrell, executive director of the Minnesota Justice Research Center and a member of the Minnesota Peace Officer Standards and Training board, believes in spending as much on community-led strategies as law enforcement and disagrees with further ramping up punitive approaches.

“Everyone out here carjacking knows that it is illegal,” he said. “I don’t think increased punishment is a serious response to the increase in violent crime that we’re facing.”

But he sounded an optimistic tone over the potential for agreement on additional public safety measures this year. He pointed to the reforms passed since George Floyd’s 2020 murder, including an ongoing overhaul of police standards of conduct that his board advanced last week.

A group of 20 people that included law enforcement representatives and vocal activists reached consensus on many of the items, he said, including a ban on affiliating with white supremacist extremist groups and allowing noncitizens eligible for work in the United States to become police officers in Minnesota.

“We have a narrative in this state of people refusing to work together, and two groups at odds with each other the most have reached consensus on the overwhelming majority of a standard of conduct that will change the profession of law enforcement in our state,” Terrell said. “That is a huge success and the Legislature created the pathway for this success to happen.”