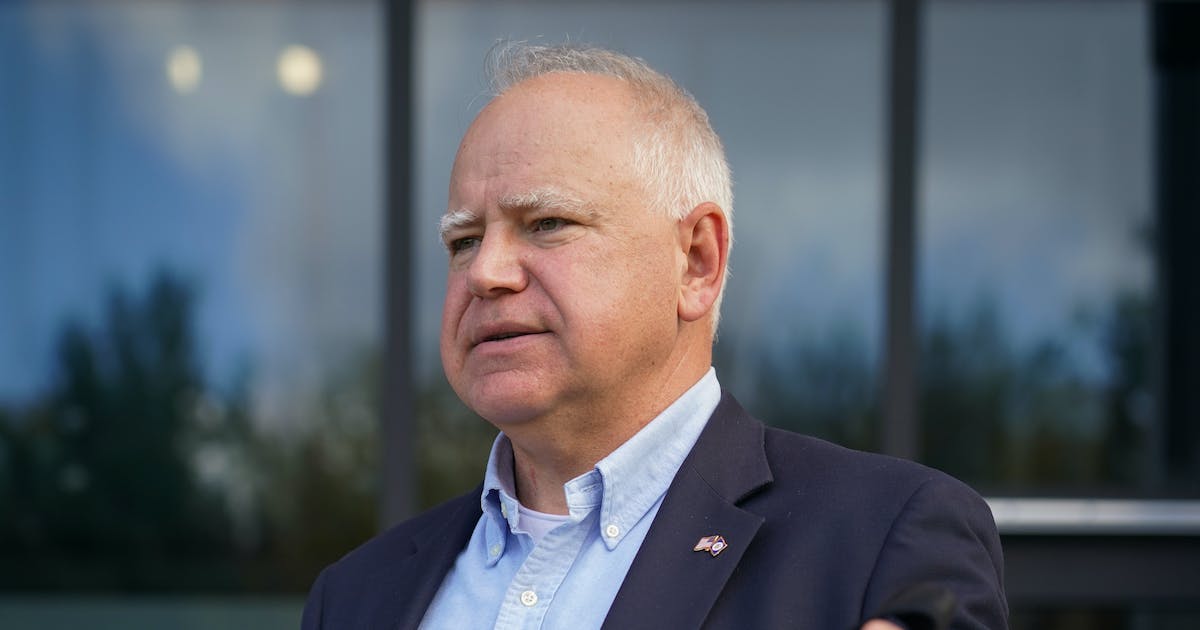 Democratic Gov. Tim Walz has raised more than $1 million so far in 2022, dramatically outpacing the crowded Republican field of candidates hoping to unseat him in November.

Former state Sen. Scott Jensen, who led the pack of GOP gubernatorial candidates in fundraising throughout 2021, has raised about $256,000 so far this year and had about $774,000 in cash on hand at the end of March. Kendall Qualls’ campaign has raised about $467,000 in cash since entering the race in January, netting the largest fundraising haul of any of the GOP candidates so far this year; he currently has about $168,000 to spend.

Fundraising in the first quarter of 2022, detailed in reports released Friday, offers the first glimpse of how much candidates will have to spend on TV and radio ads, mailers and organizing staff in the coming election year.

“Blessed is an understatement,” Qualls said in a statement to supporters. “This number sends a message to Minnesotans and my opponents that I am the most qualified candidate to serve as Minnesota’s next governor. Some candidates struggled to raise that number in six months.”

Among the Republican frontrunners, Gazelka follows Jensen with most cash on hand, with more than $400,000.

Walz is sitting on $4.1 million heading into the his first reelection battle, a record cash-on-hand number for any candidate for governor at this point in the election cycle, according to his campaign.

“Our campaign will have the resources necessary to reach voters in every corner of the state with our message of moving Minnesota forward and building ‘One Minnesota,’ ” said Nichole Johnson, campaign manager for Walz and Lt. Gov. Peggy Flanagan.

Minnesota is a battleground state this fall, with all its constitutional offices, eight seats in the U.S. House and every member of the 201-seat Legislature on the ballot. Far more money is expected to pour into critical state races from national and outside groups than what the candidates will spend themselves.

Republicans have been shut out of every statewide election in Minnesota since 2010, but they’re hopeful that low approval ratings for President Joe Biden and national headwinds for Democrats could help flip the governor’s office in November.

Republican donors are divided among the more than a half-dozen GOP candidates in the race to challenge Walz. That field is expected to dramatically narrow after the party’s endorsing convention in May. Early fundraising numbers could show who is gaining momentum in the race.

Some of the other candidates who filed to run for governor did not submit first quarter reports or reported as little as $1 raised.