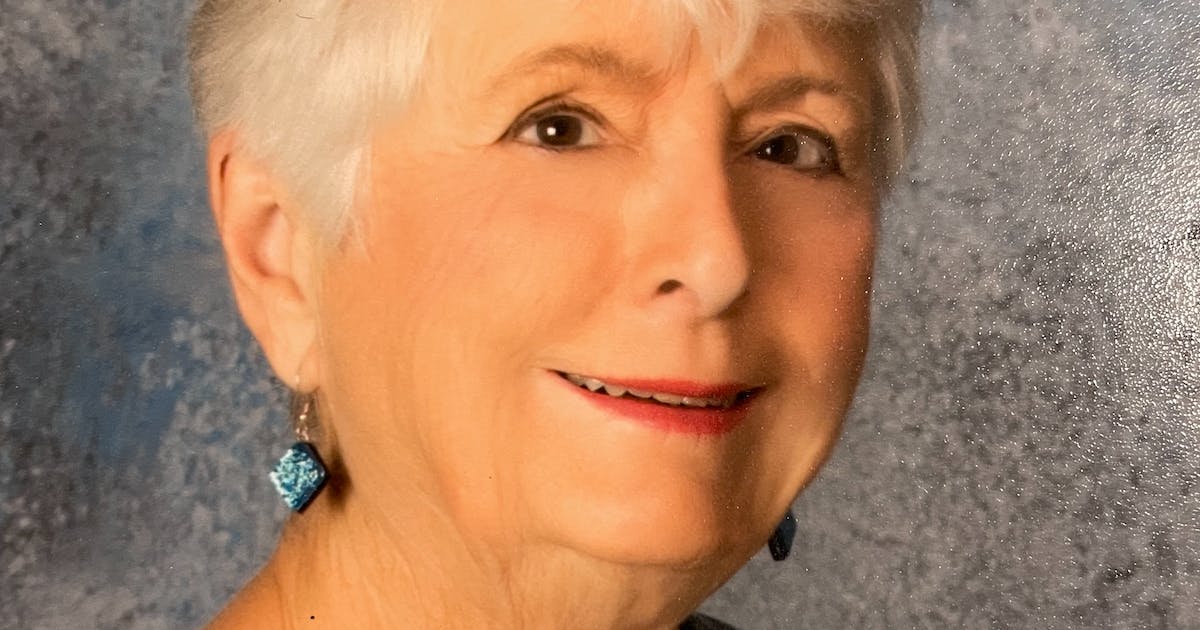 Dorothy Molstad spent most of her career marketing books. But she had an eclectic mix of interests — entertaining, fishing, volunteering, crafts, golf, home decorating, dogs — and was devoted to all of them.

“I don’t think she ever sat still for very long,” said former business partner Pat Morris. “She loved to travel, she loved to have parties, she loved to go to parties. She was always on the go.”

Molstad, of Brooklyn Park, died April 8 at North Memorial Hospital, three days shy of her 80th birthday. She had long suffered from severe and chronic lung and heart disease.

She was born in Duluth with an identical twin sister, Donna, who died in 2014. She married her high-school sweetheart, Michael Cote, in 1960. When their two daughters started school, she enrolled at what was then Mankato State University, earning a bachelor’s degree, then a master’s, in education.

She wrote a poem in the 1970s describing her 70-mile round trip school commute as “traveling from Mommy-hood to Dorothy-hood and back home.”

She taught first and second grades and kindergarten in Burnsville, then became director of volunteers and school programs at the Minnesota Zoo, starting before it opened in 1978. She was director of corporate communications at West Publishing in Eagan from 1984 to 1996, marketing director at Waldman House Press until 2001, then marketing manager at Voyageur Press until 2008. During that time, she also had her own business, Molstad Marketing/PR.

“She was always thinking of some creative way a book could be sold or positioned in the marketplace,” longtime friend Sybil Smith said.

In 2009 Molstad, along with Morris and Linda Strommer, founded Book Architects, a consulting firm helping writers “navigate the twists and turns of the ever-changing publishing world, from brainstorming ideas to detailed manuscript evaluations and marketing plans,” the company said in a 2009 press release.

Molstad and Cote divorced in 1978. Two years later, she married Robert Molstad. The couple lived in Stillwater until divorcing in 1994, and Molstad then moved to Maplewood, Geisler said. She moved to a senior residence in Brooklyn Park last fall.

Molstad loved entertaining and was known for her home decorating.

“Mom was very crafty, and it came from her teaching days,” Geisler said. “If you think about a kindergarten teacher’s bulletin board where they celebrate a season, Mom still did that in her house.”

Morris recalled going to Molstad’s apartment, where she’d find “some of those things you see in women’s magazines and think, ‘Oh that’s really cute; I’ll never do that.’ But she did it.”

“I prized her for her intelligence and conversation. We’d often talk about world issues, social issues, politics. It’s hard to find friends who can do that.”

She volunteered for a Bayport-based fishing program, the Minnesota Zoo, the Stillwater Lakeview Clinic, the Renaissance Fair, the Minnesota River Valley Historical Society and many other organizations.

“Whatever she put her focus on, she was passionate about,” said Brett Waldman, whose family operated Waldman House Press.

In addition to Geisler, Molstad’s survivors include daughter Kathy Rogers of Hoover, Ala., three grandchildren and two great-grandchildren. An open house service will be held from 1 to 4 p.m. May 20 at the Minnesota Cremation Society, 1979 Old Hudson Road, St. Paul.