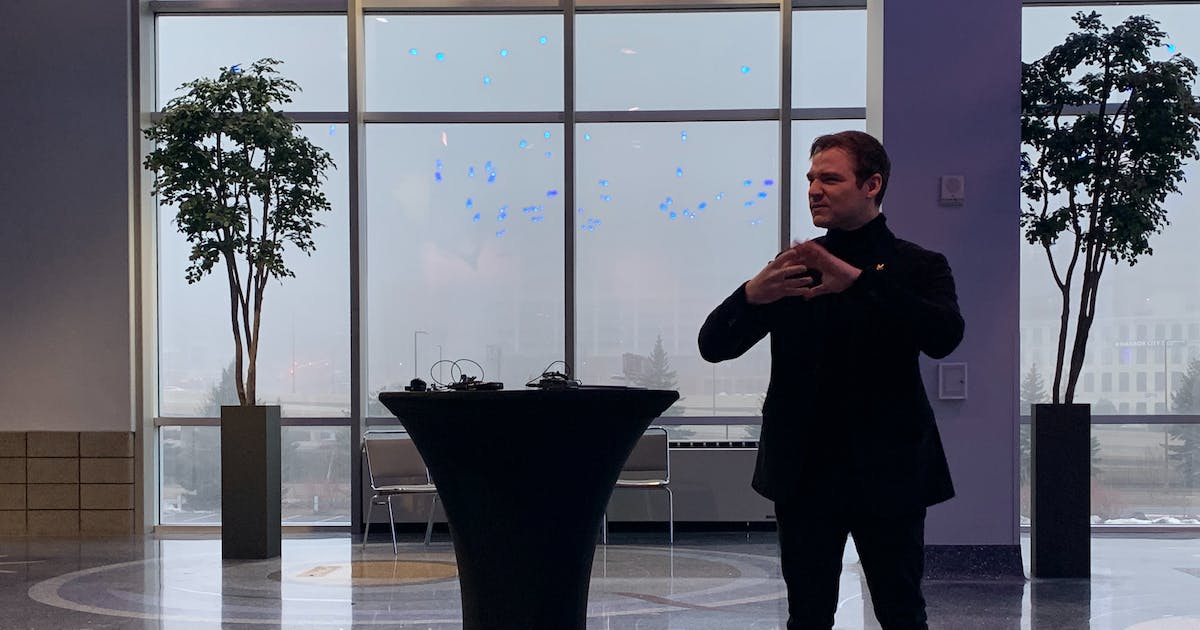 DULUTH — Daniel Durant, fresh from winning an Academy Award for Best Picture with “CODA,” thanked his hometown crew on Monday evening during a reception for the actor in the Ice Cube at Amsoil Arena.

“To start my life here in Duluth,” Durant said, with longtime American Sign Language interpreter Doug Bowen-Bailey at his side, “with the support from my moms and the schools and the interpreters I had and the deaf community here — I was able to take all of that to become who I am today.”

Durant was raised in Duluth, went to Lakewood Elementary School and for much of the pandemic has lived in his hometown with his moms, Lori Durant and Mary Engels. In recent months, he has traveled for “CODA” screenings, publicity events and awards shows. His home life was more conventional: shoveling the sidewalk, running food at Chester Creek Cafe.

Duluth Mayor Emily Larson, in a speech that included ASL, declared Monday to be Daniel Durant Day in Duluth.

“‘CODA’ has changed the world and has amplified the importance of deaf creators,” Larson said. “Before you were the world’s, you were ours.”

Durant plays Leo Rossi in the coming of age movie about a teenage girl (played by Emilia Jones) — the titular child of deaf adults — as she discovers her own identity as a singer, a talent that has not been accessible to her family. Pursing that life will mean separating herself from her role as the family’s intermediary between the deaf and hearing worlds.

The film has won dozens of awards, starting with its premiere at Sundance Film Festival, including a Screen Actors Guild prize for Outstanding Performance by a Cast — a lineup that includes the country’s most recognizable deaf actors, Marlee Matlin and Troy Kotsur.

In late March, the cast was invited to the White House and met President Joe Biden and first lady Jill Biden. The first lady later posted to Instagram:

“To Marlee, Troy, Emilia, Daniel and the entire cast of CODA — the Rossi family will always live in our hearts.”

The reception included speakers from Durant’s past, who remembered him as a big-eyed storyteller with star power — starting with his first starring role on stage at the Duluth Depot.

“‘Every great dream begins with a dreamer,'” she said. “‘Always remember, you have within you the strength, the patience, and the passion to reach for the stars to change the world.'”