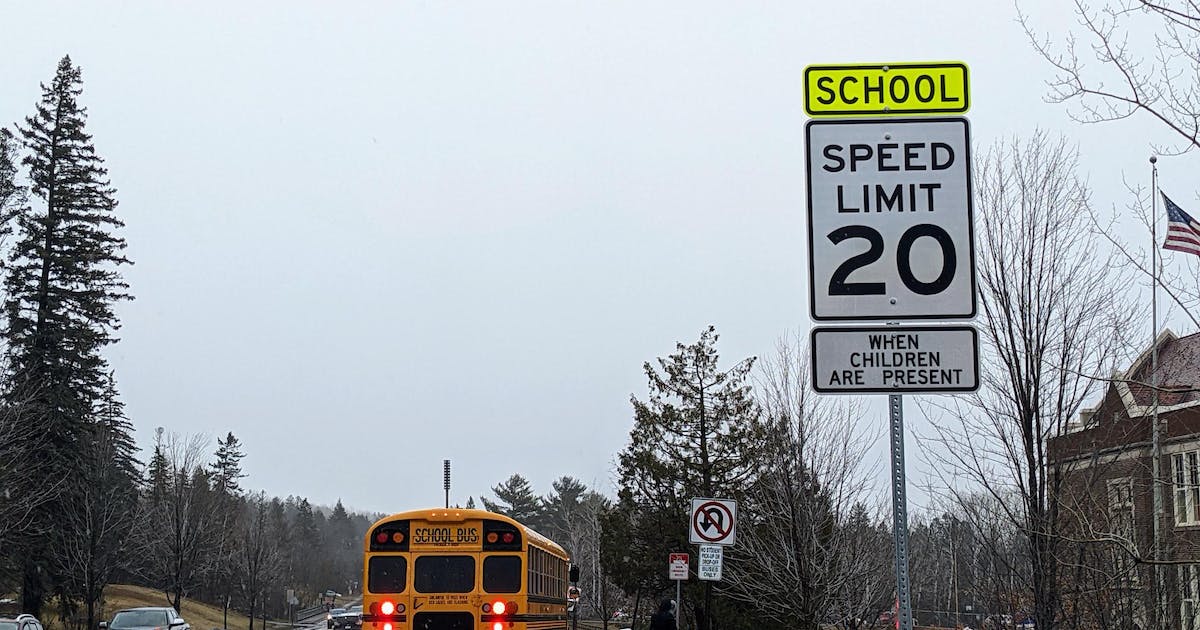 DULUTH — The city of Duluth recently lowered speed limits in front of Congdon Park Elementary, the first school within the city to see such a change.

Families and school staff have for years lobbied for safer walking and biking conditions for the pedestrian-heavy elementary school on Superior Street, a high traffic commuter artery in Duluth’s eastern end. The speed limit was reduced from 30 to 20 mph to slow drivers who often fail to yield at a marked crosswalk used by students and people trying to access the nearby Lakewalk.

The change wasn’t prompted by a crash, but it’s clear the area can be problematic for pedestrians, said James Gittemeier, senior transportation planner for the city.

“We’re trying to change human behavior at this intersection,” he said. “There is an impatience level there” with motorists sometimes driving onto the road’s shoulder to move around children walking to school.

The city hired a Twin Cities engineering consultant for help with a school zone project and observing Congdon and reducing speeds there were the first part of it.

The school, typically the largest elementary by enrollment within the Duluth school district, has had a Safe Routes to School plan for nearly 20 years. Those plans, supported by federal and state grants, are intended to improve safety and reduce traffic congestion around schools by making it easier to walk and bike there.

Recommendations from Congdon’s plan — which has been updated through the years — slowly have been rolled out, including lengthening the traffic lights at a controlled stop down the block and improving sidewalks. But more needs to be done, said Ari Ryan, mom to a Congdon first grader.

With unshoveled sidewalks sometimes making it hard to push a stroller down the road to the controlled intersection, “there is seemingly no safe way to walk our child to school,” she said, and at the uncontrolled crosswalk, drivers “are coming really close to hitting folks and definitely speeding.”

“It’s great to have a school speed zone,” she said, but parents also want to see speed-notification signs with flashing lights and something to draw attention to the new speed zones.

Gittemeier said flashing beacons are approved nationally on an interim basis while their effectiveness is under study, so the city is careful about where they are placed.

The beacons aren’t out of the question, he said, but the city is starting with a lowered speed which calms traffic, allowing drivers to see more of their surroundings, especially during the times students are walking to and from school. Driving at 20 miles per hour also dramatically reduces the chances of death or serious injury upon impact.

But comprehensive safe routes plans such as Congdon has make the biggest difference, barring a road redesign.

Things like road redesign come with a heavy cost, he said, which most cities can’t afford.

The city will install a speed tracking device for about a week to collect data. If the signs are effective, the city will consider rolling out zones near other schools.

“The high volume of traffic we have at certain times of the day, going to and from work along with the speed,” she said, “really creates a very dangerous situation.”