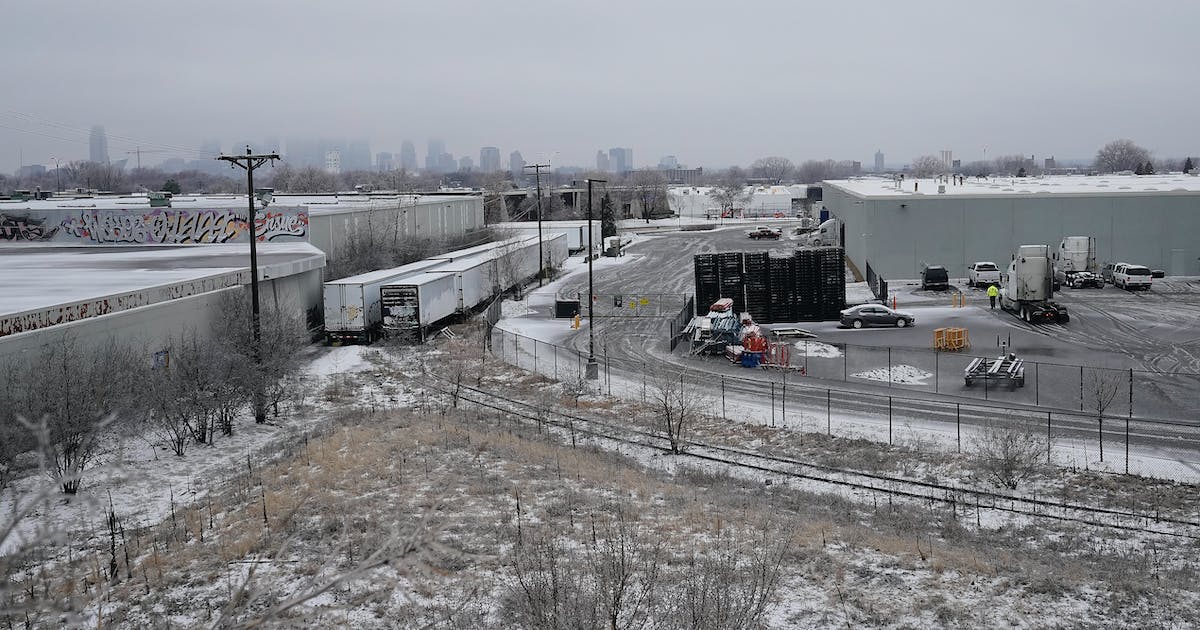 An industrial swath of northeast Minneapolis has been upgraded from a state Superfund site to a federal one, making it eligible for federal funds to clean up volatile organic compounds and toxic vapor that has plagued the Como neighborhood for decades.

The site is called the Southeast Hennepin Superfund because it encompasses a large area between Broadway Street NE. and E. Hennepin Avenue, which has historically included a foundry, outdoor motor manufacturer, metal finisher and a gravel pit for the disposal of industrial waste. Residential properties are clustered along its southern edge.

The groundwater beneath the site is polluted with trichloroethylene (TCE), an industrial solvent sometimes used for degreasing metal. Spilled or dumped on the ground, it can vaporize and invade homes above, where it concentrates at harmful levels. Long-term exposure to TCE can damage a person’s immune, reproductive and central nervous systems, posing a risk to fetal development during pregnancy.

“The goal of the neighborhood is to have the TCE in the soil and groundwater removed — cleaned up, not just mitigated,” said Peggy Booth, a Southeast Como Improvement Association environmental committee member and a resident of the neighborhood for 45 years. “We have a lot of university students that live in the neighborhood and because of that, a lot of homes have had basement remodels done so people are sleeping — basically living — in basements.”

TCE pollution has been a known threat in southeast Como for more than 30 years.

From the 1940s until the early 1960s, a General Mills research facility at 2010 E. Hennepin Ave. used TCE as an industrial solvent and disposed of waste TCE in a pit on the property, which created a half-mile toxic plume underground. This site was named a federal Superfund in 1984. General Mills pumped and treated groundwater for 25 years, with testing showing the plume had stabilized by 2010, according to the Minnesota Pollution Control Agency.

Soil vapor sampling then detected elevated TCE levels beneath homes and businesses in an area up-gradient from the General Mills Superfund in 2013.

Officials believe that even though there’s documented release of the same contaminant from the former General Mills facility, there are likely many sources for the toxic vapor in this second site — the Southeast Hennepin Superfund, said MPCA Remediation Supervisor Tim Grape.

No “responsible party” has yet been named for the Southeast Hennepin Superfund, and the businesses that might have caused the pollution have since dissolved, he said. “If that historic entity is no longer around to correct them, then there’s not a mechanism for us to pull them in and do any sort of investigation and cleanup.”

The Southeast Hennepin Superfund was named a state Superfund in 2016. Ever since, the MPCA has been evaluating the potential of vapor risk to buildings in the area and working with property owners to install “sub-slab depressurization systems” in their basements. These vapor mitigation systems are made of PVC pipes connected to a fan, which vacuums toxic vapor out of houses and disperses it outdoors, where it breaks down in the atmosphere.

In a statement, General Mills denied having any connection to the Southeast Hennepin Superfund.

There are technologies available to purge TCE from groundwater, including the pump-and-treat technique General Mills used on its Superfund, and reactive chemical injections that can help break down the contaminants faster than they otherwise would in nature. But it’s a time-consuming and costly process, especially if the compounds have migrated. “For all intents and purposes, it’s very difficult to completely remove all the contamination from the subsurface once it’s gotten out and spread as far as it has in a situation like this,” Grape said.

Federal Superfund designation on March 17 could unlock funds for cleanup.

Over the following year, the EPA will try to find who may be financially responsible for causing the pollution as well as create a plan for comprehensive testing on site, said Remedial Project Manager Emmie McCleary.

The EPA will then present various remediation strategies for public comment in 2026. Final cleanup is estimated to take a year to 18 months after that.

The most important thing residents can do to protect themselves is to work with the MPCA to test for elevated vapors and install a basement depressurization system, National Priorities List Coordinator Pat Hamblin said.

“I don’t want to say the state hasn’t done a lot of work because they have, but generally yes, the federal government can bring more resources to bear at contaminated sites,” he said.