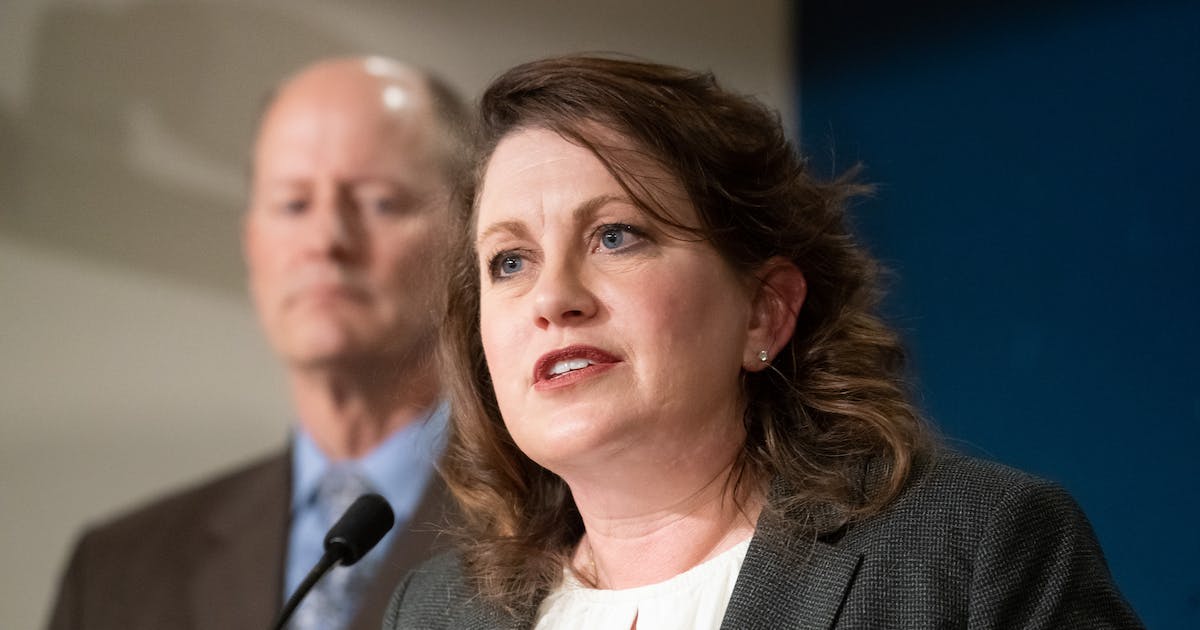 Newly formed Minnesota nonprofits would be banned from getting state money until their third year of operation, under new legislation proposed in the wake of the FBI’s fraud investigation into federal meal programs.

Senate Republicans’ state government bill would also require additional financial audits from some nonprofits and ban nonprofits from receiving state money if they have board members who are state or locally elected officials.

The plan comes after federal meal fraud allegations surfaced in January, centered on a St. Anthony nonprofit, Feeding Our Future. The Minnesota Department of Education, which administers the federal program, has since cut funding to Feeding Our Future and suspended funding to other nonprofits, some of which started up during the pandemic and quickly grew to request tens of thousands of dollars in federal money.

“If you are an existing entity and you already have to have transparency, we don’t need to make a bigger burden,” said Sen. Michelle Benson, R-Ham Lake, who introduced the initial bill on fiscal oversight of nonprofits. “But if you’re just popping up as an entity and your mission is to get state money or government money then we need to be clear: There are some criteria that you will have to follow.”

This month, Senate Republicans are leading hearings investigating the Education Department’s oversight of these federal meal programs. The hearings could prompt more regulations not just over the state agency but over nonprofits, leaders said.

Leaders from the Minnesota Council of Nonprofits and Council on Foundations both testified against some of the proposals, saying that they would add unnecessary regulations to a sector that already files annual financial reports to the IRS and the state, and it would affect nonprofits that have elected officials serving on their boards.

“It seems like the goal of this language is to weed out any bad actors that are looking to scam the partnership between the state and nonprofits, and we are absolutely on board with that goal,” Marie Ellis, the public policy director at the state Council of Nonprofits, told senators at a hearing earlier this month. “However … it’s a blanket approach that would affect all tax-exempt entities in the state with new layers of unnecessary oversight and restrictions. The charitable nonprofit sector is the most transparent sector of the United States economy.”

Minnesota has more than 40,000 nonprofits registered with the Secretary of State’s Office, though a number of them may not be financially active. The state Council of Nonprofits counts more than 9,000 nonprofits that have at least one employee.

Ellis added in an interview that she doesn’t think the legislation would make any difference in preventing fraud.

Discussions about bolstering regulation of nonprofits have come up at the State Capitol before. But Benson said she was “reminded” of the need for new legislation after the fraud allegations surfaced.

On Jan. 20, more than 200 law enforcement officers raided Feeding Our Future’s offices, among more than a dozen sites. In search warrants unsealed that day, investigators alleged that there was a “large-scale scheme” to defraud the government of millions of federal dollars meant to reimburse community groups, vendors and nonprofits for providing meals to needy children outside of the school day. Investigators contend much of the money funded luxury cars, lavish trips, lakefront homes and other personal spending.

The nonprofit’s leader, Aimee Bock, has denied any wrongdoing and said there was no evidence of fraud at her nonprofit or among her partners. She said she has documentation that meals were provided to kids, and for-profit businesses could then use their earnings for personal use.

In FBI documents made public so far, investigators maintain at least $48 million was stolen — which could be the largest case of its kind in the country. According to a Star Tribune review of at least 20 fraud cases over the past decade involving federal child nutrition programs, none of the cases approached the scope of the current investigation.

“The fact that Feeding Our Future got through means there probably isn’t enough oversight or at the very least not enough teeth behind the oversight,” Benson said.

The Office of the Legislative Auditor is also evaluating state agencies’ grants to nonprofits at the direction of the bipartisan Legislative Audit Commission. That report could be released by early next year.

Senate Republicans’ proposal excludes hospitals, but a range of other tax-exempt organizations could fall under the new rules. Minnesota’s largest nonprofits include everything from universities and large health care companies to social services groups. Benson said any nonprofit that relies on state funds for 50% of revenue — including federal money disbursed to state agencies — would need to submit additional financial audits.

“I think there’s a different bar if you are primarily getting your funds from state and federal money,” Benson said.

Representatives from the League of Minnesota Cities and Association of Minnesota Counties also testified this month, concerned about prohibiting nonprofits from state funding if they have a voting board member who’s an employee of a state agency or elected official in local, state or country office.

Benson said organizations with an elected official on their board “can give you an advantage to go getting these grants.” She also defended the provision banning newly formed nonprofits from receiving state funds, saying that having two years of financial information “is pretty common sense” and may help detect fraud sooner.

Nonprofits “are a critical part of our community and I want there to be trust for the mission that they work on,” Benson added. “And when you get taxpayer dollars, there is a level of expectation that you’re going to use the money for what you said you were going to use it for.”

Ellis said the legislation could exclude nonprofits that may have innovative approaches and “really prevent nimble action.”