Feds: Worker at a shipping facility in Fridley stole dozens of guns, large amount of ammo 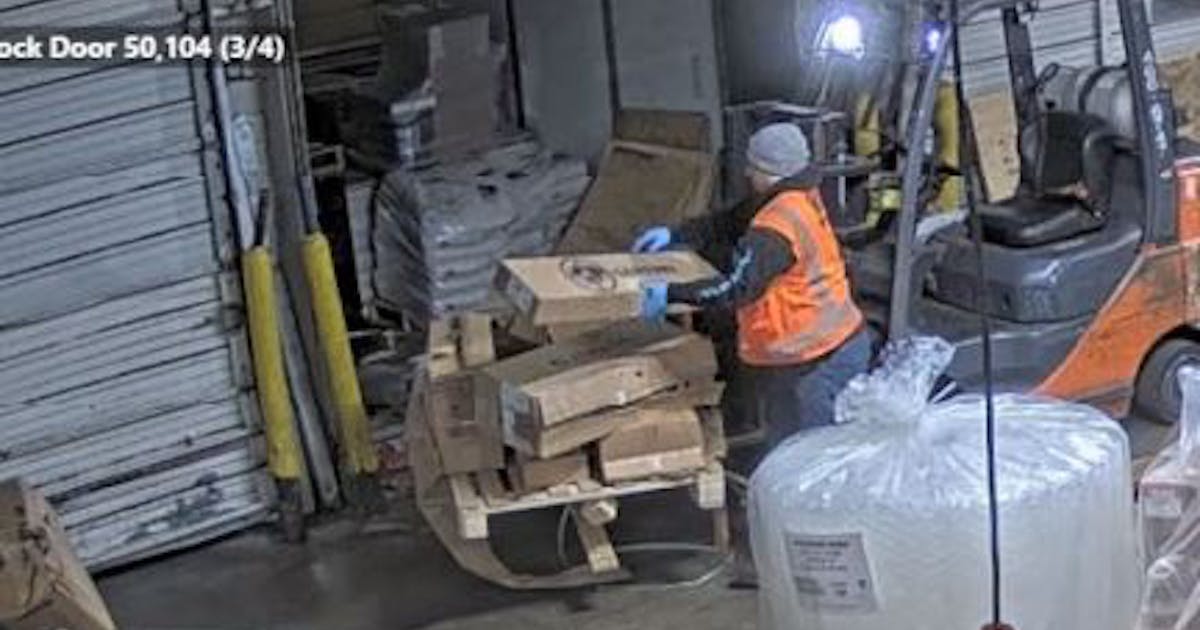 A 31-year-old man stole dozens of guns and a large amount of ammunition while working at a national shipping company’s Fridley facility, according to federal prosecutors.

Cikotte was arrested last week, appeared in court, and was released on his own recognizance ahead of another hearing Friday. His attorney, Kirk Anderson, said Monday that “these are only allegations at this point, and Mr. Cikotte is entitled to the presumption of innocence.”

The criminal complaint noted that Cikotte worked overnight as a weight inspector and had “little to no supervision at work [and] would have no reason to open the pallets of firearms as part of his usual employment duties.”

On March 9, XPO Logistics told the federal Bureau of Alcohol, Tobacco, Firearms and Explosives that another 11 semiautomatics pistols were stolen from a recent shipment.

The firm’s security manager later notified law enforcement that the company had identified the person who had been stealing guns from shipments for nearly a year.

The security manager provided investigators with video evidence that showed Cikotte removing boxes of firearms from shrink-wrapped pallets, taking the guns out of boxes and putting them in his vehicle.

Law enforcement searched Cikotte’s home in Isanti and found roughly 40 guns, all apparently stolen from his employer. Also seized were tens of thousands of rounds of ammunition and various firearms parts and accessories.

The complaint said that following the search, Cikotte admitted to stealing everything the search turned up. It did not say what Cikotte intended to with the guns.