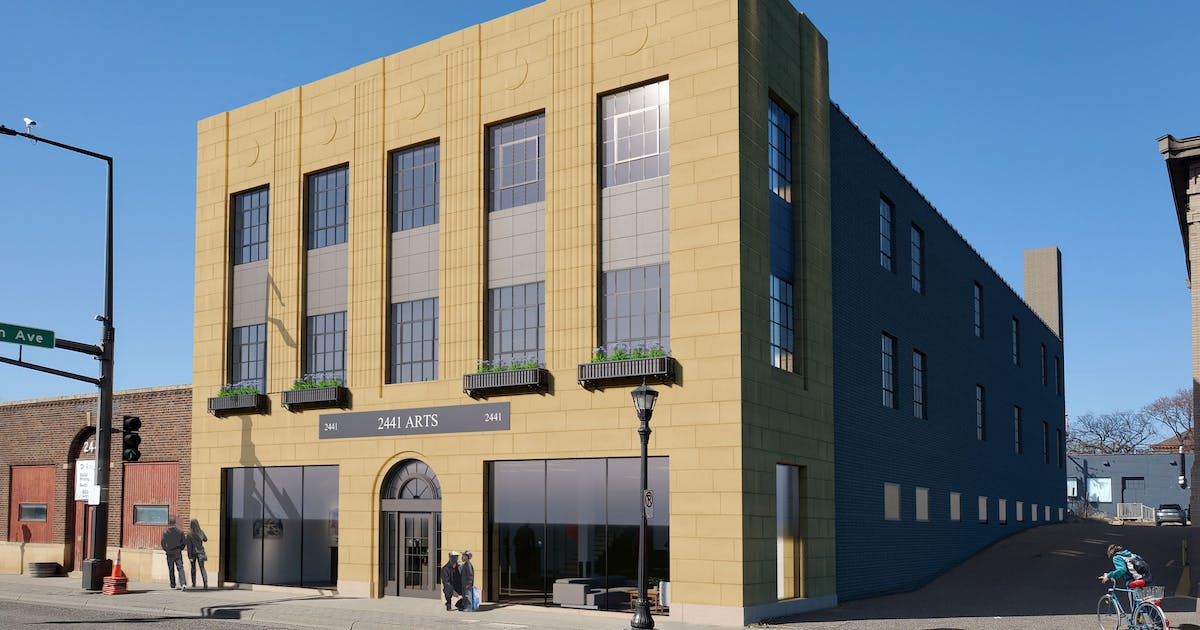 Andrew Peterson has fostered films and filmmaking his entire career. But the executive director of FilmNorth, a St. Paul media arts laboratory that helps local filmmakers bring their visions to life, has never been quite so excited for an upcoming premiere.

Its own. Or, more accurately, its sequel.

FilmNorth is moving to an innovative new facility it will co-own with D/O Architects, featuring expanded classroom and editing space and its very own cinema/screening room. The curtain, Peterson hopes, will rise in the summer of 2023.

“It’s going to be a magnet,” Peterson said of the historic building at 2441 University Av. in the city’s Creative Enterprise Zone. “It’s going to bring people together.”

Peterson said he also expects the new digs will raise the local profile of the 35-year-old organization. While the movers and shakers of independent film know to call FilmNorth when seeking fresh new directors and screenwriters, Peterson said its well-known at home.

“We’re ready to jump into the future,” Peterson said of the organization he’s led for a decade.

For nearly 10 years, FilmNorth has rented space in an old mattress factory less than a mile to the east of its new home, originally designed by renowned architect Clarence Johnston. The move will not only give the organization a more secure future, Peterson said, but the 30% larger facility will better serve a burgeoning number of local filmmakers, including more writers and directors of color.

For several years, FilmNorth has been a partner with the Sundance Film Festival. It also has forged connections with a number of other organizations, including the New Orleans Film Society and the Austin Film Society. The non-profit organization was founded as the Independent Film Project in 1987 and is governed by a 16-member board of directors. This will be its third home, all in the area of St. Paul called the Creative Enterprise Zone.

Peterson said he’s excited at the prospects of a more robust local profile.

“There are 10,000 submissions to Sundance every year. And every year, they call us and say, ‘Who should we know about?'” Peterson said. “Yet, I often feel like we’re a hidden jewel here.”

Having “a storefront on University” changes all that, Peterson said.

The former Brown-Jaspers Store Fixtures Co. building is being redeveloped thanks to a combination of tax credits and fundraising. Now empty, it was most recently home to an office furniture retailer.

New Market Tax Credits combined with Historic Tax Credits will cover 59% of the $10.6 million project costs. The remaining construction balance will be split between FilmNorth and D/O Architects, according to the organizations.

Of that, Peterson said $600,000 will be enough for FilmNorth to move from Vandalia Tower to 2441 University Av. Raising another $4 million to $5 million will help pay for three years of expanded programming, he said.

But the ranks of Minnesota filmmakers who could use an expanded FilmNorth may number is the thousands, Peterson said.

Tahiel Jimenez Medina, 28, is a Minnesota filmmaker from Colombia and FilmNorth member. In 2021, he was one of four Minnesota-based filmmakers selected to produce work as part of “The 2020 Project.” He made a documentary about the lives of Colombian immigrants to Minnesota.

Peterson’s advice on a short film Medina made helped get it accepted by the Palm Springs International Film Festival’s ShortFest, the filmmaker said.

“Just having that support has made such a difference for me,” Medina said. “FilmNorth has been a place where I have received so much support and Andrew Peterson has always been generous, giving me an ear and reading my scripts.”

He got involved with FilmNorth in 2016 through an internship. Now he works with the organization to mentor high school students who want to learn more about film and media.

“Working with high schoolers has been a learning experience for me,” Medina said. “They have so many stories to tell. And experiences to share.”

That sharing is key not only to FilmNorth’s future, Peterson said, but to the future of the film industry as a whole. At its heart, the organization’s purpose is to foster and encourage new voices and new visions in film. The way to do that is to give them a space to share ideas, as well as learn the craft.

“Filmmakers often work in isolation,” he said. “Community is needed. A network is needed. This laboratory does that.”