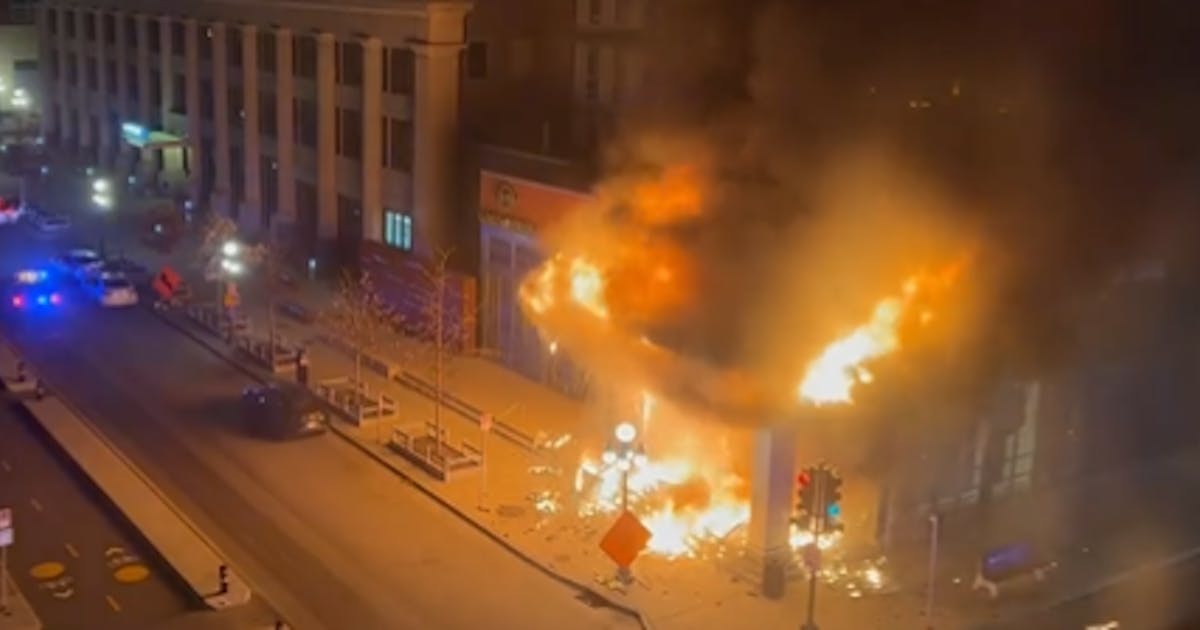 An early Tuesday fire heavily damaged the exterior of the Lunds & Byerlys in downtown St. Paul.

Video posted on social media showed flames shooting out of the entrance of the grocery store at E. 10th and Robert streets and debris raining down on adjacent sidewalks.

Sprinklers were working at the time of the fire, which led to water damage inside the store, according to Aaron Sorenson, a spokesman for the upscale grocery chain.

“The store will be temporarily closed until further notice as we work to repair the damage,” he said.

Crews were returning to a station after handling a different call when they noticed smoke on the 100 block of 10th Street. That is when they found the store burning, said Roy Mokosso, a fire department spokesman.

The blaze was contained to the exterior of the building and did not extend into apartments above the store, Mokosso said.

No injuries were reported, he added.

It was not immediately clear how the fire started, but two fires in dumpsters in the area were reported at about the same time, Mokosso said. Investigators are working to determine if the fires are connected, Mokosso said.

The grocery store is working to provide video surveillance to the St. Paul Fire Department to help with the investigation, Sorenson said.