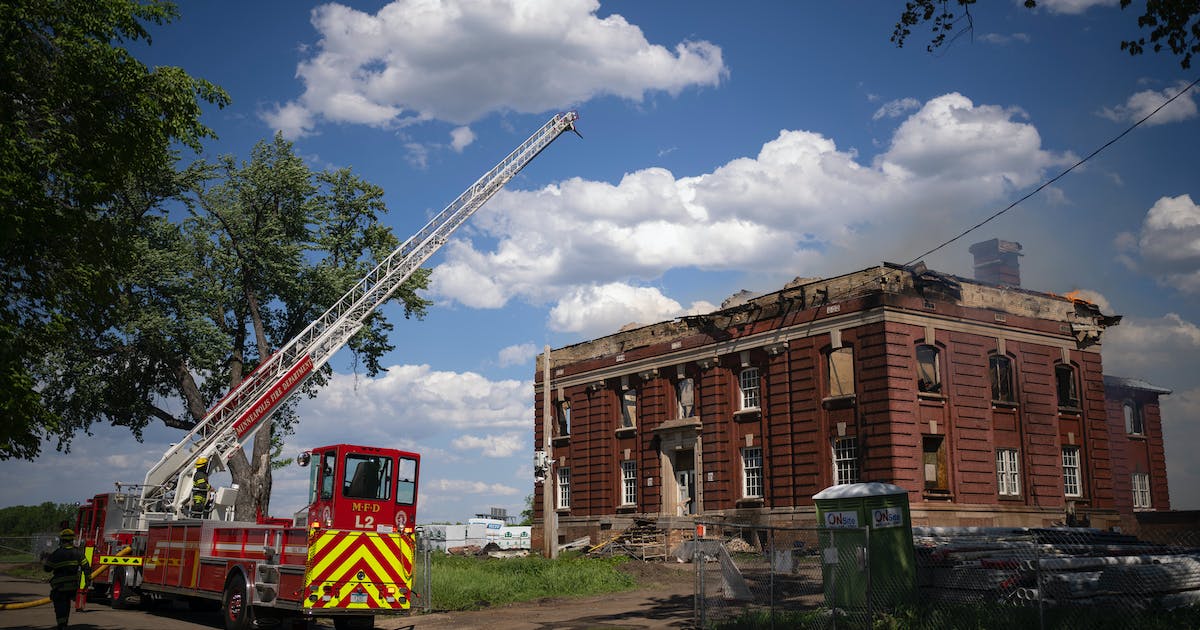 Minneapolis firefighters battled a fire Thursday in a vacant building at Fort Snelling that had been undergoing renovation.

The fire was “starting to be under control” by about 6 p.m., around three hours after crews arrived to the three-story brick building at 6271 Taylor Avenue. The fire was already showing from the outside as firefighters arrived, and various traffic cameras in the area also showed it to be visible from some distance, including from nearby highways.

Construction crew members were all accounted for outside the building, the fire department said. Two firefighters had minor burns from melting tar that was blown from the roof. There were no other injuries reported.

The building was not part of the Fort Snelling complex that was recently re-opened to the public. Some other Fort Snelling buildings are in the process of being converted to affordable housing, although it wasn’t immediately clear whether the building that caught fire was one of them.

The Fire Department said crews laid lines for a defensive exterior fire attack due to the heavy amount of fire venting from the building’s third floor and its roof. Backup crews were called in and an aerial tower was set up to extinguish the fire, which intensified from blustery winds.

The cause of the fire will be investigated.