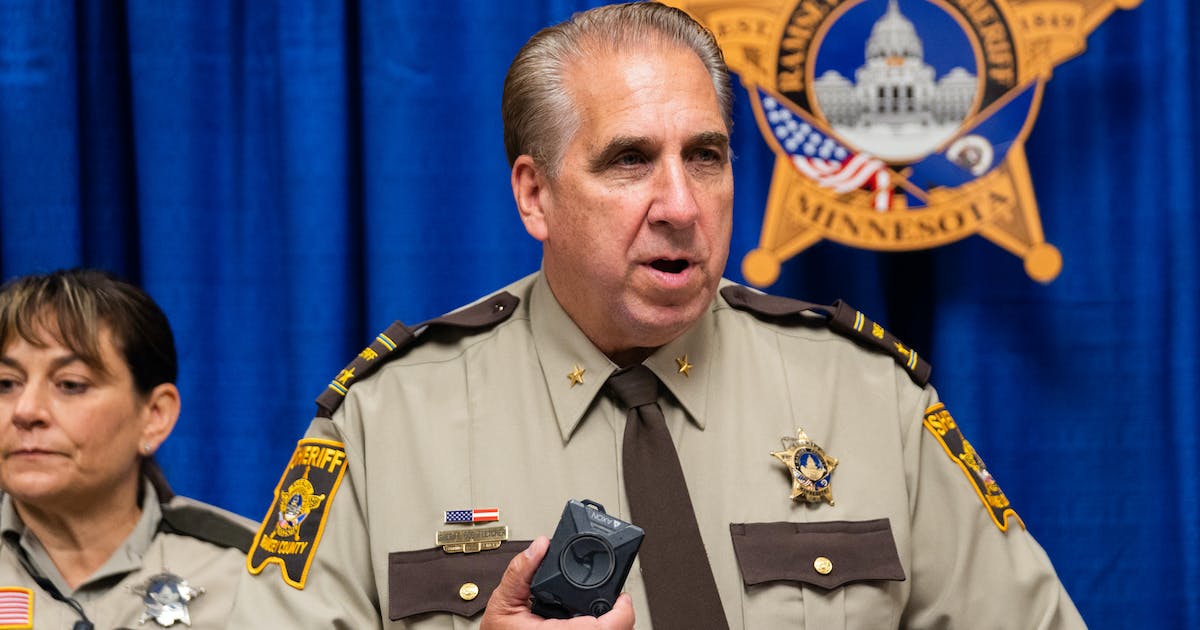 Proclamations on county board agendas are usually a fairly quiet event. At Tuesday’s Ramsey County Board meeting, Sheriff Bob Fletcher joined the chorus praising corrections officers for their service.

Then he sounded an alarm. It’s still Spring, he said, but the jail is already nearly full.

“Our population, as of this date, is up 140 over last year. There was a day in April where we only had 19 empty beds,” he said. “And April is usually not as high as July and August.”

While Fletcher attributed some of the increase to lower jail populations during the pandemic, he attributed much of the crowding to the jail being used to house people who should be held someplace else.

He told commissioners that there are 40 inmates who have behavioral health or chemical dependency issues “that need special housing.”

Another 40 inmates are mentally ill or cognitively impaired — called Rule 20 — and should be detained someplace else, Fletcher said.

“No one in our business really wants people with mental illness, mental health issues, to be housed in our jail facility,” he said.

Another 20 are waiting to go to state facilities.

“So, essentially, we have maybe 100 persons who that really could get better treatment in a different type of custodial environment than in our facility,” Fletcher said.

Then, there are the 40-50 people in jail for homicide cases but, thanks to COVID, their court cases are backlogged. “So, stacking up trials causes our numbers to increase as well.”

The sheriff said he has been working for two weeks on a letter to county commissioners to ask that they convene some type of working group to discuss alternatives and options that could take the pressure off the jail. The county’s 500-bed jail is located on Grove Street on the edge of downtown St. Paul and opened in 2003.

Like much of the nation, the Twin Cities has seen an increase in crime, especially violent crime, the past few years. St. Paul broke its records for homicides this past year and recorded about 100 carjackings.

“It’s going to be a very difficult July and August if we don’t make some adjustments,” he said.

Ramsey County Commissioner Toni Carter said the Board appreciates correction workers’ service. And she agreed that alternatives to jail need to be found. And she thanked him for raising the issue and collaborating with the county board on bail reform and gathering data on the jail population.

“I look forward to knowing who’s in our jail, what they are there for, how did they get there and what happens to them when they leave,” Carter said. “We need to pay attention to making sure that those who need to be there are, and that those for whom there are other alternatives — where they and our community can be better served — that we pursue those other alternatives.”