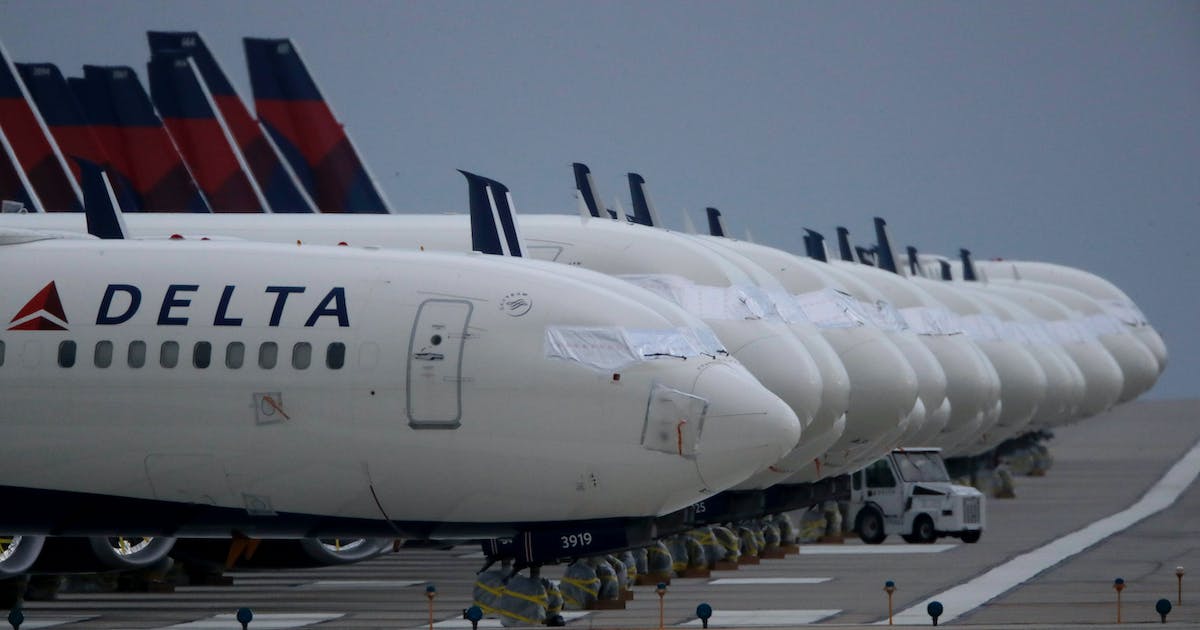 More than 3 million Americans were expected to fly to their destinations over the Memorial Day weekend, but some are not getting off the ground and other passengers are leaving late.

More than 1,450 flights across the nation had been canceled by early Saturday evening, according to the flight tracking website FlightAware.com. That is on top of the more than 2,300 scrubbed Friday.

At Minneapolis-St. Paul International Airport, 34 flights had been eliminated Saturday, according to FlightAware. Among them were 29 flights operated by Delta, the dominant carrier at the airport.

Another 91 flights — 42 departures and 49 arrivals — were running behind schedule at MSP as of early Saturday evening, the website said.

Delta said Saturday’s cancellations were due to bad weather and “air traffic control actions,” noting it’s trying to cancel flights at least 24 hours in advance this Memorial Day weekend, according to an email obtained by the Associated Press.

The airline also issued travel waivers for passengers flying to the southeastern and northeastern United States due to inclement weather.

The weekend’s delays and cancellations come as air travel is rebounding after the pandemic put a crimp on travel. On Friday, the Transportation Security Administration said 2,384,721 passengers passed through security checkpoints, up from 1,959,593 on the same day last year and just 327,133 in 2020.

As travelers return to the skies, Delta said it will have fewer seats to offer. The Atlanta-based airline said that between July 1 and Aug. 7 it will decrease its flight schedule by about 100 flights a day in U.S. and Latin American markets it frequently serves.