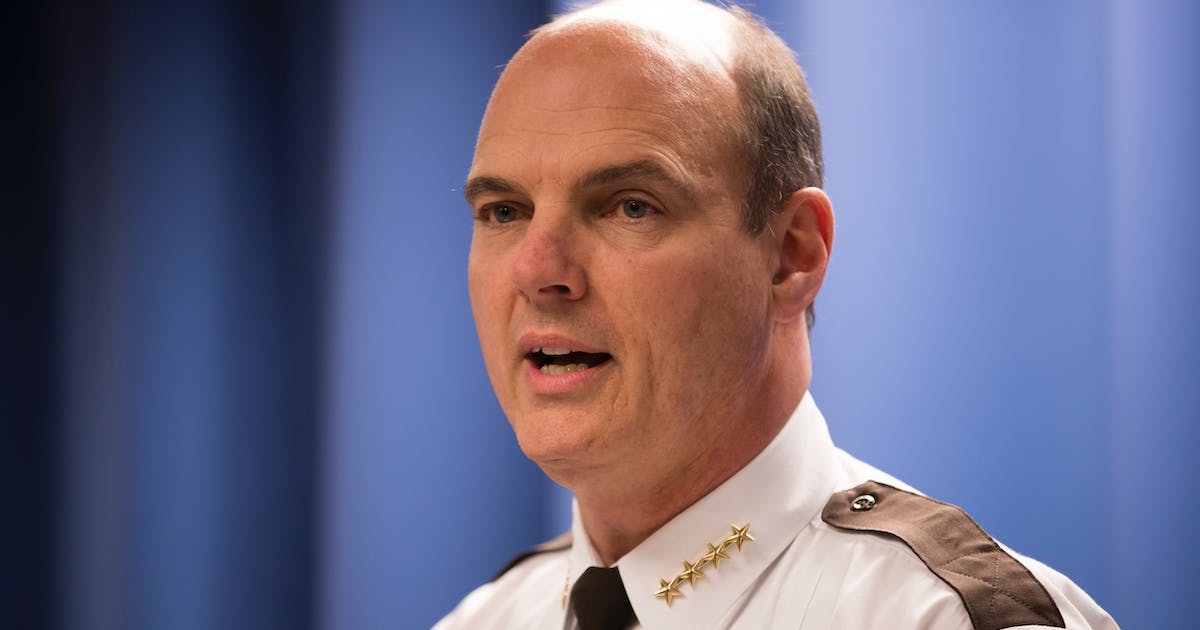 Former Hennepin County sheriff and Republican candidate for governor Rich Stanek was in the hospital Wednesday following a car crash after a campaign event in Buffalo the previous night.

The Minnesota State Patrol said Stanek, driving a 2019 Ram 1500 pickup, was pulling out of a church parking lot at about 8:30 p.m. Tuesday when he collided with a 2014 Chevy Malibu driving north on Highway 25. The road conditions were wet at the time, and the State Patrol incident report said alcohol was not a factor for either driver.

Both drivers were wearing seatbelts. Stanek was transported to North Memorial Hospital in Robbinsdale, where campaign spokesman Jon Collins said he was checked for injuries to his neck and back, as he has sustained previous injuries in those areas. The other driver sustained non-life threatening injuries.

Collins said Stanek would be discharged Thursday. “I talked to him a couple times today and he’s already feeling better,” Collins said.

Stanek was headed home after speaking to a Wright County conservative group at Buffalo Covenant Church. Stanek, who served as county sheriff from 2007 to 2019, is one of a handful of Republicans seeking party support to challenge DFL Gov. Tim Walz in November.

“He looks forward to getting back on the campaign trail once he is discharged from the hospital and continuing on for his run for governor,” Collins said.