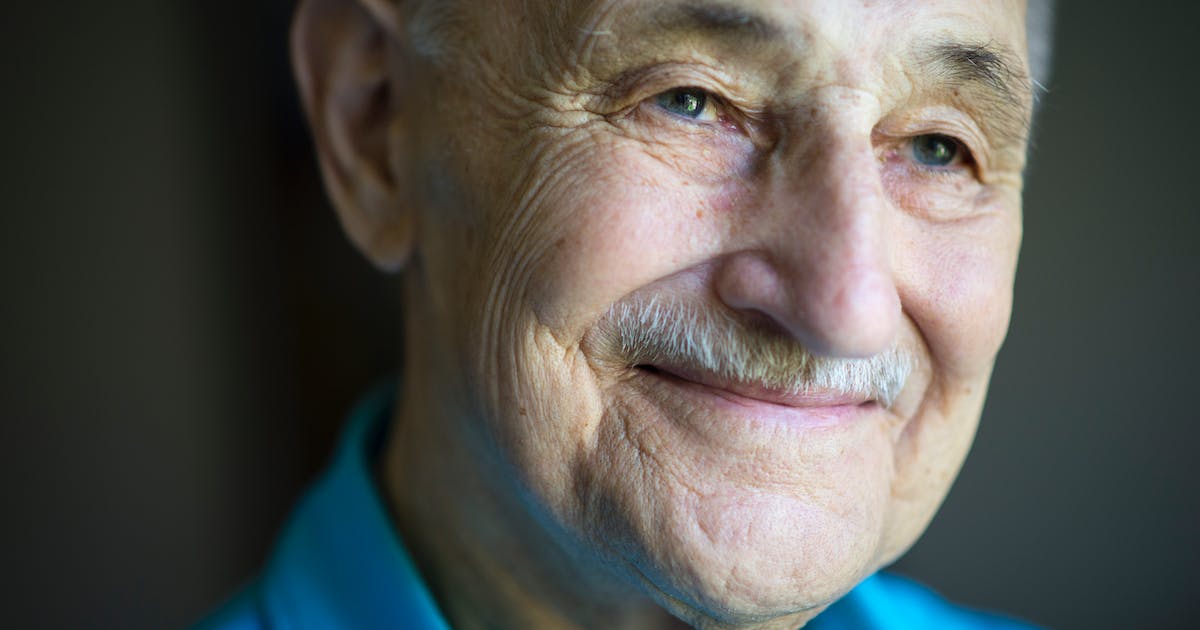 It was an eclectic crowd that gathered Friday in downtown Minneapolis to celebrate the life of Jim Klobuchar, the longtime Star Tribune columnist who died last year.

There were political leaders and judges, school teachers, devoted readers, men and women who had joined him on bike rides across Minnesota, friends with whom he climbed mountains, associates from his Bible study and Alcoholics Anonymous groups, and former newsroom colleagues.

Klobuchar was a fixture for decades on the metro cover of the afternoon Minneapolis Star, with a column that ran six days a week in the 1960s and 1970s, and later in the merged Star Tribune.

He died May 12, 2021, at the age of 93, and was buried at Fort Snelling National Cemetery. The public service was postponed until Friday due to COVID-19.

“So many columns I got mailed to me in the U.S. Senate, yellowed and folded, tacked up on people’s refrigerators for years,” his daughter, U.S. Sen. Amy Klobuchar, told about 200 people gathered for the memorial service at Central Lutheran Church.

“He told their stories and took these people with him up to the top of the mountain. And even his challenges, his struggle with alcoholism, his many loves and family turmoil,” Klobuchar said of her father. “They were his personal Everest to climb. … It was his family and friends who helped him on his trek to sobriety. But it was mainly his faith that ultimately got him there. In his words, he was pursued by grace.”

It was apparent that Klobuchar’s writing and adventures touched many everyday Minnesotans. “People who felt neglected or overlooked” found their way into his columns, said the Rev. Mark Hanson, former presiding bishop of the Evangelical Lutheran Church in America, and his “curiosity was grounded in his faith.”

“I was a fan,” said Yvonne Thomas of St. Louis Park, a church musician and piano teacher who came to honor Klobuchar’s memory. “He was a tremendous writer.”

“We all loved Jim,” said Jane English of Minneapolis, a retired elementary school teacher, who wore a T-shirt commemorating a group bike ride she took with Klobuchar. “We saw many places we’d never have traveled to. He was an amazing, wonderful writer. God gave him so many talents and he used them.”

Also in attendance were some of his friends from AA who talked about how Klobuchar had recognized he was powerless over alcohol. “He became kinder and more gentle,” said Mike L., an AA member who drove him to meetings.

Klobuchar traveled to the Himalayas 20 times, said Rod Wilson, an attorney who joined him on many trips and spoke at the service. “He wrote that the Himalayas is a place that stirred him like no other in the world, not only because of the incredible beauty of the world’s grandest mountain range but also because of the spirituality that resides in the mountains,” Wilson said.

Jon Tevlin, himself a retired Star Tribune columnist, said that as a teenager he persuaded his parents to subscribe to the Minneapolis Star so he could read Klobuchar’s columns and follow his adventures. “He inspired me to go into journalism,” Tevlin said. “I read him every day and thought, ‘What a great job.’ “