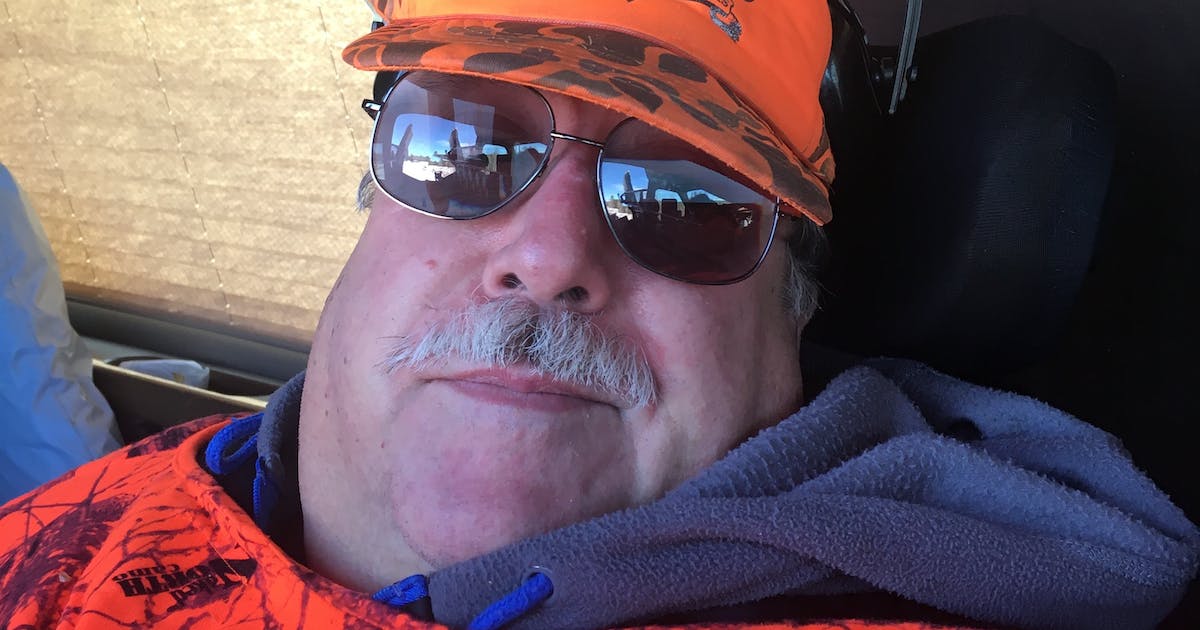 Chuck Evancevich was an active man until multiple sclerosis stole his mobility. The man they called “Tuna” — his prominent glasses made him resemble StarKist’s Charlie the Tuna — served as captain of the U.S. Air Force Academy’s hockey team. He taught aerobics, coached hockey and baseball, hunted and fished, shoveled neighbors’ driveways and loved hanging out with his three kids.

He was told in 1998 that multiple sclerosis meant he had two years to live. He outlived the diagnosis by two decades.

“He wasn’t one to give up,” said his widow, Brenda, who lives in Babbitt, Minn. “He always fought going in a wheelchair. Then in 2008, he finally sat in wheelchair, and that was the last time he walked.”

Life in a wheelchair made his favorite pastime, hunting, nearly impossible. His wife signed him up for handicapped-accessible hunts, but waiting lists were long. The family took it upon themselves. Her brother built accessible hunting stands. His wheelchair would sink into the mud, so Tuna’s friends — people like Bret Sample, a disabled Army veteran from McGregor, Minn. — would bring two pieces of plywood into the woods and leapfrog them over each other, forming a wheelchair bridge.

“He couldn’t do much alone,” said his widow, “but he could shoot.”

When Evancevich died at 61 in October 2020, Sample strode up to his widow at the funeral. He offered his condolences and an idea: He wanted to build a gun and archery range for disabled veterans in honor of Evancevich.

“Under one condition,” she replied. “That we’re part of it.”

Last winter, Sample bought 35 acres 6 miles north of McGregor. With the help of an untold number of veterans, friends and family, he cleaned it out. They hauled out 12 40-yard dumpsters of garbage and some 250 abandoned appliances. He formed a 501(c) (3) — Forgotten Heroes Ranges & Retreat — and got a permit for a gun range. They’ll break ground May 27.

“This ain’t mine, this ain’t Brenda’s,” Sample said. “This is their home, the people in wheelchairs and the amputees. They’ll use it, and they’ll own it. That’s the dream. The stuff we take for granted is the challenge for them. This is a place they can come relax — the mentorship, the camaraderie.”

When Evancevich would go to gun ranges in his wheelchair, he’d be embarrassed when his wheelchair got stuck in rocks or dirt. This range will have three 100-yard rifle lanes, three 35-yard pistol stations and three 35-yard archery ranges set up for both compound bows and crossbows. It’ll have ponds and berms — and most importantly, concrete trails.

Evancevich’s best friend and his widow have been overwhelmed by the support. Recently Sample received three checks totaling nearly $3,000.

“Chucky’s dream was to have a hunting preserve for people in wheelchairs and amputees,” Sample said. “My dream was a range. We had deep discussions about it in the middle of the night. This range is honoring a great man, and honoring every veteran that’s in a wheelchair.”

“I would give anything,” his widow said, “for Chucky to be here to see what’s happening.”