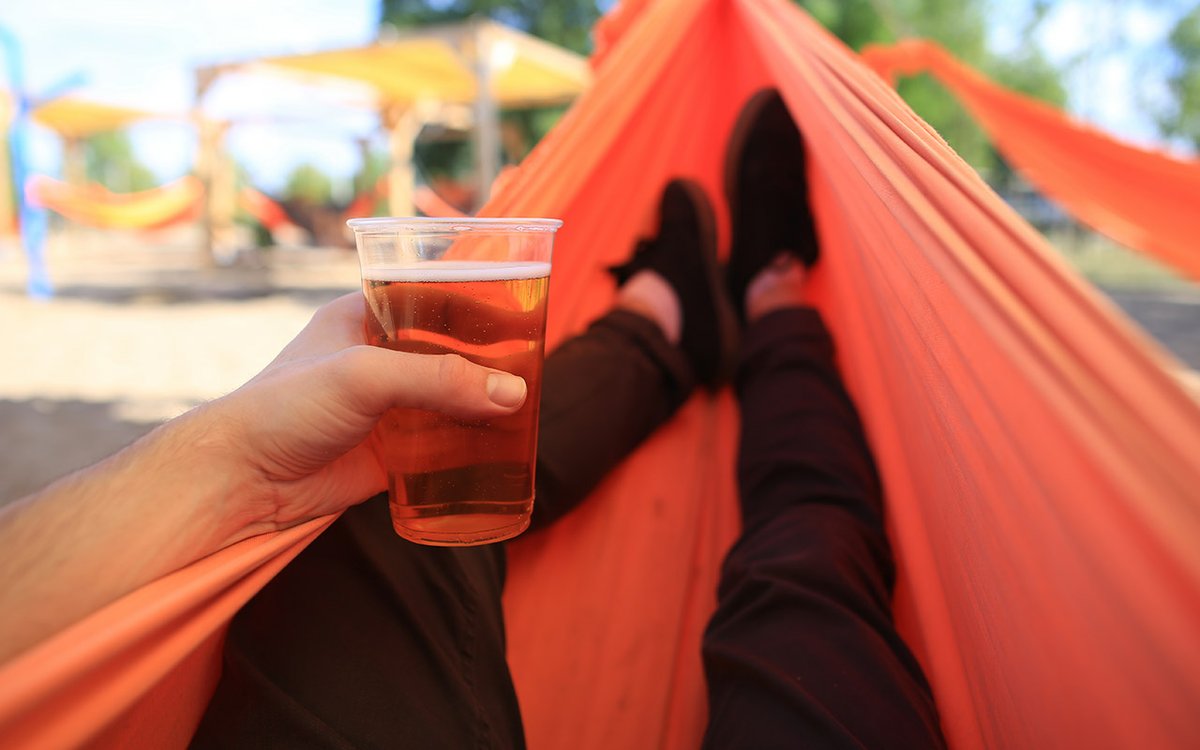 School’s out (for most, sorry Mpls!), cabins are open, fests are plugging in, gardens are planted, and there’s a lifeguard shortage so get out there and snag the perfect archetypal summer job. It’s time to live maximally, every day, even if that means maximal nap time in a hammock. It’s all laid out before you, you can experience taco lift, you can plan a pizza farm Sunday, you can start your summer burger crawl with something new. Max it out.

If you were an essential worker and on the frontlines for hospitality during the pandemic, don’t forget to submit an application for emergency pay, now through July 22. But act fast, things tend to run out.

Speaking of which, I thought I would once again let you know that if you are straining on your food and gas budgets and just need that mental break that comes with a free meal, don’t forget that Loaves & Fishes got you. Kindness and comfort are on the menu when you pick up a hot free meal, no questions asked. Everyone needs a bit of help now and then, find a community meal pick up near you.

And if you’re feeling good, and want to spread the karma around, why not sign up to volunteer with People Serving People, which had 95 families calling the facility home, including 180 children. More than three times that of last year at this time. If you can donate some dollars to help keep them going, great! Or, if you have some time to help deliver food to the residents, your help would be so very welcomed.

+ The high tech Official Fried Chicken is now open in South Minneapolis! Order up some Broaster bird and grab it from the climate controlled locker where it will be hot and crispy waiting for you.

+ Devil’s Advocate is back open in downtown Minneapolis. The Italian-focused restaurant from Erik Forsberg shut down with the pandemic in March of 2020, and has re-opened for the first time again this week. Forsberg also opened a new location in Stillwater a few months ago.

+ Burger Press is a new burger shop opening today in Edina, in the former Capriotti’s spot, which seems to have the local burgerati all a-flutter. The signature single is as low as $6.99, and the maximal chili cheese burger as a triple still only runs $12.99. They also do double dogs (two hot dogs, one bun), ice cream, and … bowls of cereal? You crazy kids paying $6 for a bowl of cereal.

+ Bussin’ Birria Tacos is now open at the Mall of America. This is the Hot Indian team’s reinvention of their space in the North Culinary food court. They’re offering the popular birria tacos with beef, chicken, and pork along with vegan options using Herbivorious Butcher products.

+ Taco Bell Defy is now open in Brooklyn Park, touting itself as the Taco Bell of the future. This was national news friends (love how CNN called it a floating restaurant with tacos coming from the sky), let’s take more defunct banks and see what else we can conveyor belt lift for prime time.

+ Summer hours! St. Paul Grill is back open for lunch on Th and Fri. And starting June 20,  Boludo El 38 will be open until midnight on Fri and Sat, and will add dinner on Mondays too.

+ If you’re looking for pizza farm fun, Squash Blossom Farm near Rochester has launched their Summer Sunday pizza nights. Grab a ticket for a sourdough crust pizza made on-site, which comes with live music and all the farmy fun. But be ready, because they also have a bakery, a chocolate bar business, and have recently opened a Farm Winery to serve everyone’s mead needs.

>> The big news of the week has to be Eat Street Crossing food hall opening on Nicollet later this summer. The teams from Zen Box Izakaya and Bebe Zito have teamed up to revamp the Old Arizona Studios building with six unique food stalls.

// At Saturday’s Rock the Garden, you can get an advance sip of two flavors from the finally here Tattersall canned cocktails: Key Lime Gin & Tonic, and Watermelon Bootlegger. It’s taken the team nearly three years to get these slim sippers to market.

// It’s like a meet-cute, but it’s a Meat Meet at Keg and Case tomorrow. Craig Drehmel will be on the patio grilling up sausages made with Clutch Brewing Beer, and chatting up his work with Community Driven and Metro Food Rescue. It’s a good listen while you snarf sausages.

// Get all your summer beers in a row at the 13th Annual St. Paul Summer Beer Fest at the State Fair. Tickets are $50-$75 for the sampling of more than 50 local and national brews, plus live music and beer friendly foods. And, it all goes to support the YMCA.

// Or, work a little harder for your suds at the inaugural Twin Cities Brewvet on Saturday. Suuuure, you know, a BREWVET: a community led bicycle taproom crawl or “Think of a bike tour mixed with a scavenger hunt with block party to top it off.” Yes please. Sign up for $40, which raises funds for a lot of good orgs, and then tool your way between some 15 breweries, drinking beers and collecting stamps which are like raffle tickets at the end of the day big block party at Forgotten Star.

// Lawless Distilling, whose cocktail room finally re-opened in April, is throwing a Bone Disco popup this weekend. Saturday brings Jello shots, meat raffle, and spooky disco music, while Sunday is all about the maker market on the patio.

// Sunday is RieslingFest 2022 at Bungalow Club. The maximally crushable white wine is, for some, the perfect summer quencher. There will be 12 German Rieslings to sip and discover with the help of wino Amy Waller, plus some German snacklings from the kitchen. Two different time slots can fit your Sunday roll, tickets for $60.

// This Sunday marks the first in the summer series of Thai Sunday Markets at Wat Promwachirayan in St. Louis Park. The temple grounds will be filled with vendors selling everything from clothes, to rice cookers, to rice and pork! Check out the menu before you go and discuss whether you’re ready for the papaya salad Lao style.

// Don’t forget the James Beard Awards are on Monday night and we have some locals in the mix! I’m not going this year, but I just read the recap of my 2019 attendance and that was a hoot!

// Yia Vang’s Vinai is already here, in a sense. The chef is ready to show off Vinai food at his residency this summer at Steady Pour. He’s done waiting and promises to feed you with five courses and drink pairings for $120 on weekends starting June 23rd through August.

// Wow, I feel like I never get to talk about a Myriel wine dinner because they always sell out before I can. Jump on these tickets for the Spanish Rioja wine dinner on June 21. You’ll be treated to seven courses with wine pairings, after some welcome drinks and bites, all to be guided by Erin Ungerman who is just fantastic.