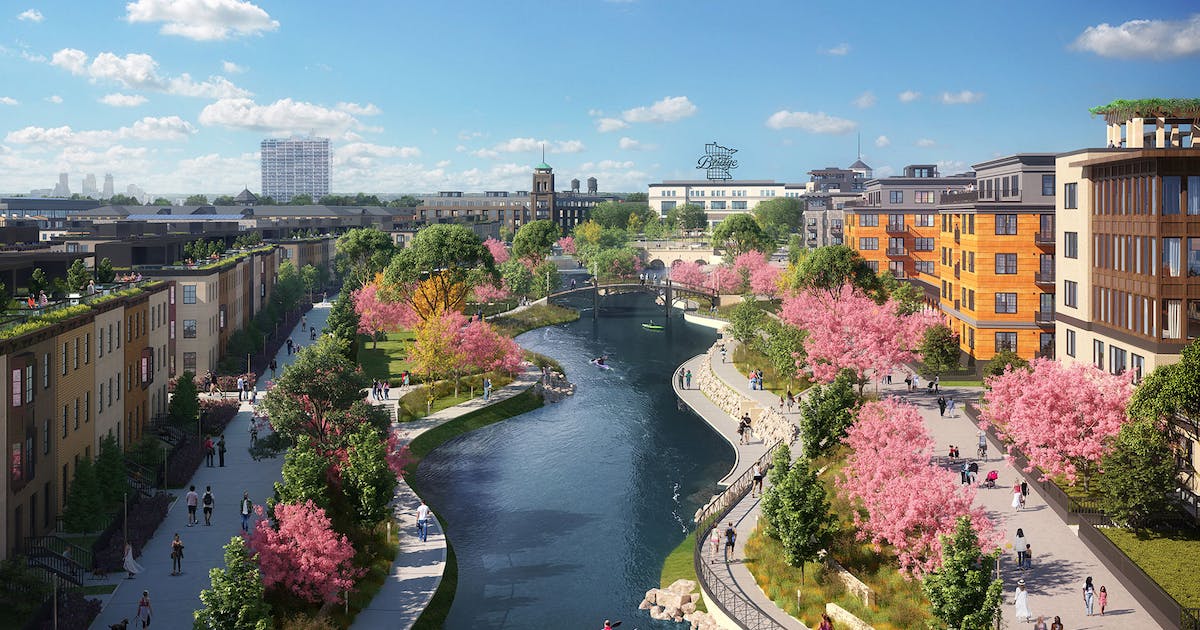 After more than a decade of planning and construction on one of the largest redevelopment projects in city history, Gateway Park became the first portion of St. Paul’s Highland Bridge site to open to the public.

Located in the northwestern corner of the site, just off Ford Parkway, the park features a skate trail, walking paths, a viewing platform and picnic tables.

Tuesday’s ribbon-cutting ceremony was just the beginning, said City Council Member Chris Tolbert, who represents the area. Apartments, a grocery store, roadways and a second city park are slated to open later this summer on the site, which is undergoing a multimillion transformation into what officials have dubbed an “urban village.”

“We landed on an enormous concept that people around the country and around the world will look at — and actually already are looking at — examples of how you do really good urban development,” Mayor Melvin Carter said.

Construction is moving fast on the site, which developer Ryan Cos. purchased in 2019. Highland Bridge will eventually include 3,800 new housing units, 20% of which will be affordable.

The city plans to contribute $275 million in tax-increment financing to fund infrastructure and affordable housing.

The site’s first residents will move in later this summer when a 230-unit luxury apartment building opens in August. An adjoining Lunds & Byerlys is slated to open in early fall.

On Tuesday, kids and young adults whizzed on skateboards through Gateway Park’s new concrete bowl. Officials credited teens Theo Miller and Luke Hanno, residents of the city’s Highland Park neighborhood, with raising the possibility of a skatepark two years ago.

After growing tired of asking their parents for rides to the Merriam Park skate park, the long-time friends sent an email to the city with their proposal for Highland Bridge. They presented ideas to the city’s Parks and Recreation Commission and a year later received an email that a skatepark would soon be built within skating distance of their homes.

“It’s kind of almost a dream come true,” said Miller, now 13. “It’s exciting to see how people will use it.”

He and Hanno, 14, planned to do a few tricks after they snipped the ceremonial red ribbon Tuesday.

“We believe that the most important aspect of the skatepark is that it builds communities by offering a place for families and people of all ages and backgrounds to come together,” Hanno said, before joking: “We would be more than happy to offer some pointers to any council members or mayors who would like to join us out there.”