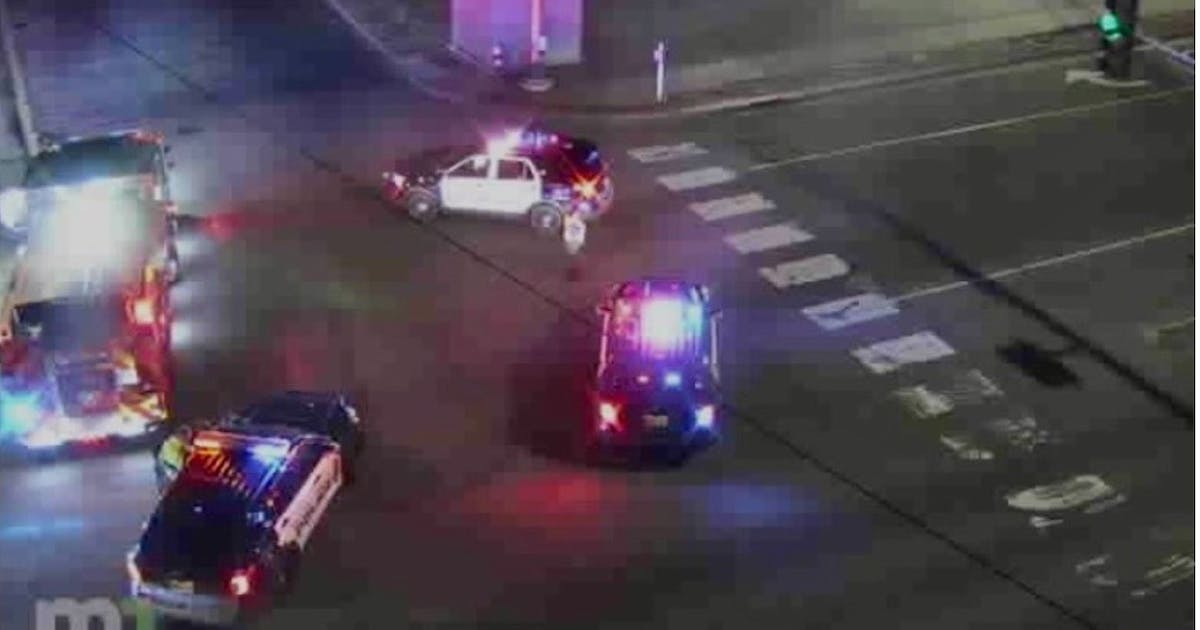 Date night ended in tragedy Saturday in Columbia Heights where a pedestrian was struck and killed while crossing Central Avenue.

Charlie Flocken, 56, of Minneapolis, was walking back to the VFW near 45th Avenue NE. when he was hit by a southbound SUV about 9 p.m., the Anoka County Sheriff’s Office said. Flocken was taken to a hospital where he later died from his injuries.

Authorities have not released his name, but Flocken’s girlfriend, Melinda Morgan, identified him as the victim.

Flocken and Morgan had been at the establishment to listen to music, but had not been drinking. Flocken had gone home because he forgot to put money in his wallet. He was on his way back to the VFW when he called Morgan.

“He said he had found the money,” she said in an interview Monday. “Then he said, I just have to cross the street and will be there in a minute or two.”

Flocken never made it.

Authorities have not released details about the crash, which remains under investigation.

Morgan was inside the VFW when the crash happened. She ran outside to see Flocken lying in the street.

Flocken and Morgan had been dating since December and had gone to the VFW several times to hang out, she said.

“He believed in opening doors for women; he was that kind of a guy,” Morgan said. “He was one of the good guys they don’t make any more.”

Flocken grew up in north Minneapolis and lived in his childhood home. He had studied to be a mechanic and often did tiling, roofing and siding jobs for others, Morgan said.

“We had to get him business cards that said ‘I can fix that,'” Morgan said. “He was a talented man.”

Flocken was a piano wizard, could kick anybody’s butt at pool and loved to tell jokes, Morgan said.

“He was quite the character, ” Morgan said. “He had a great outlook on life always had a smile on his face.”

For Morgan the pain of Flocken’s death is doubly hard to take. Four months ago she lost a close friend who was also hit while walking across Central Avenue. She wonders if better lighting and improved pedestrian facilities would help.

“I wish people would watch better when driving on Central Avenue,” she said. “Something needs to be done because we can’t keep burying people because they are hit by cars. I’m broken right now.”