'Glensheen' musical opens in Duluth, just miles from the scene of the crime 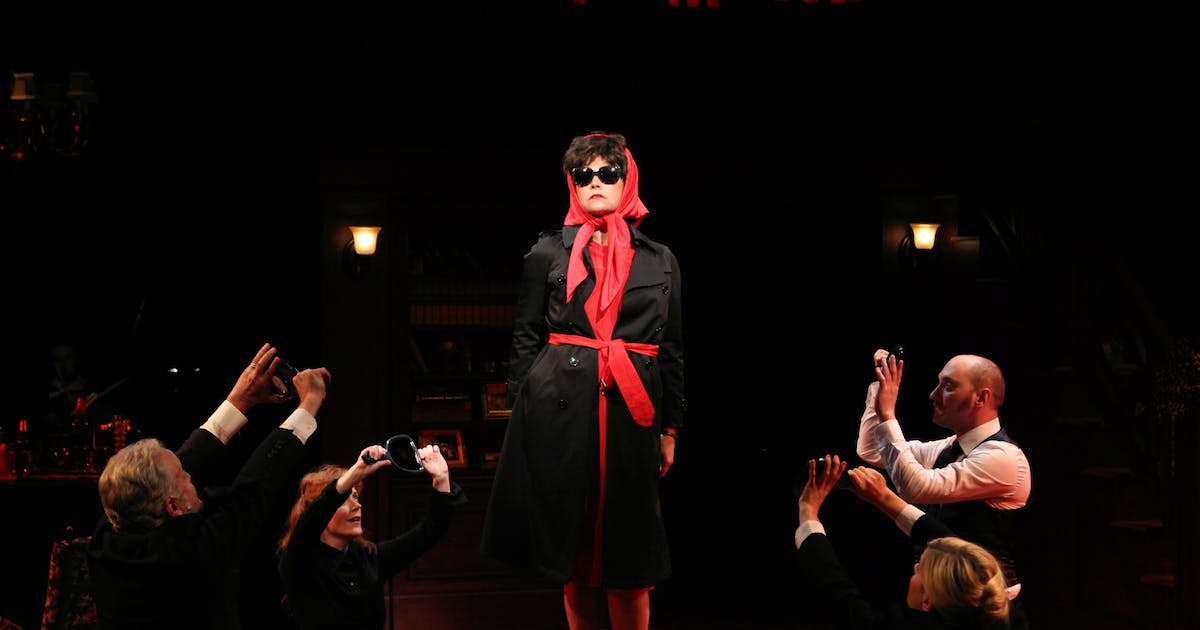 DULUTH — Playwright Jeffrey Hatcher would know within minutes whether a hometown audience was willing to embrace “Glensheen,” his dark musical comedy inspired by the notorious 1977 murders at Duluth’s Congdon mansion.

On stage, Elisabeth Congdon — the wealthy daughter of a mining magnate, soon to be suffocated with a pillow — stands imperiously atop a staircase as adopted daughter Marjorie Caldwell makes a crack about her mother’s old-lady aesthetic.

The scene has gotten laughs during multiple sold-out runs at St. Paul’s History Theatre — but this was the first time “Glensheen” had been staged three miles from the scene of the crime.

“That will be my litmus test,” Hatcher said last week before the Duluth opening of his irreverent collaboration with composer Chan Poling.

Glensheen mansion, the Congdon family’s 39-room Jacobean mansion on the shore of Lake Superior, remains a popular tourist destination — though it does not reference the murders in its tours.

Elisabeth Congdon was the last surviving child of influential Duluthians Chester and Clara Congdon. She was found dead in her bedroom at Glensheen on June 27, 1977, while her nurse, Velma Pietila, had been beaten to death with a brass candlestick.

Suspicion immediately fell on Marjorie Caldwell, who had been trying unsuccessfully to tap the family trust fund and stood to inherit several million dollars. Her husband, Roger, ultimately pleaded guilty to the murders but Marjorie was acquitted of conspiracy in a sensational trial.

“Glensheen,” which has the murders at its core but follows more closely the spectacle of the legal aftermath, has always drawn people close to the murders — or at least people who know people who were.

Dane Stauffer, who plays Roger, has met women with ties to Elisabeth Congdon’s other daughter, the late Jennifer Johnson.

“They said, ‘We love the show, but our mothers will not be coming,’ ” he recalled.

In director Ron Peluso’s telling, the murders are subtle and its villains are not. Roger is loose and boozy and Marjorie, played by Jen Maren, increasingly brazen and bizarre.

Maren said the Duluth audience’s tension toward Marjorie was palpable during a preview performance. It took longer than usual to warm them to her character — unlikable, yes, but infused with a touch of charm.

“I was very anxious about how people were going to receive it,” she said. “I sort of thought they’d start booing and hissing me — tying me to train tracks. Which is understandable. She’s not painted as a lovely person.”

On opening night in the NorShor lobby, Tony Dierckins was selling copies of a book he published about the killings, “Will to Murder,” by Gail Feichtinger and John DeSanto. He also showed off pieces of evidence from the trials.

He planned to see the show this week. “I’m still fascinated by the real story,” Dierckins said. “Being so close to it, I hope I’m not too overly critical so I can suspend my disbelief — which I should be able to do.”

“Glensheen” even has a song for that: “Fiction/Truth” takes the story as told on stage and categorizes moments as having actually happened, been invented or something in between. And “Stay With Me,” a sobering solo, tells Pietila’s story: a retired nurse called in to cover a shift at Glensheen, despite her husband asking her to stay home.

Audience member Cathy Podeszwa had wondered how the murders would be handled.

“I think they did it perfectly,” she said. “Velma’s song was necessary and heartbreaking. And not actually showing the murders was the right call. That show was so well-crafted. It was clear they wanted to get it right.”